Chronic Inflammation: The “Hallmark” of Aging

Extension of one’s lifespan and the study thereof is a new and exciting field of medicine commonly referred to as anti-aging medicine. Anti-senescence, the scientifically correct term for anti-aging, is the specific practice by which biological age, physical manifestations of aging and the associated laboratory biomarkers that define aging are utilized to slow the aging process, thus increasing longevity and virility.

The study and practice of anti-aging medicine was originally rooted in allopathic/Western medicine; however, due to the intrinsic nature of the subject matter, this field truly longs for a more integrated and holistic approach. By applying naturopathic principles to the practice of anti-aging medicine, we will elevate this field to a heightened level of healing and innovative age management.

Factors of the Aging Process

Several factors advance the aging process, decrease lifespan, promote degenerative diseases and thus deprive bodies of optimal health. This article will address those factors and how to modify them via correct diet, healthy lifestyle, neutraceuticals and bio-identical hormones.

The major biochemical influences that negatively affect aging are chronic inflammation, insulin resistance, impaired protein glycation/synthesis, impaired detoxification, oxidative damage, neurodegeneration and declining hormone levels. This article will primarily address chronic inflammation and hormone decline as prime initiators of aging. In addition, the therapeutic strategies used to counteract these states of being will be described for clinical practice.

Chronic inflammation is a “hallmark” of degenerative disease and unhealthy aging. This is the equivalent of continuous tissue irritation and destruction for months or even years. Inflammatory diseases such as strokes, heart attacks, fibromyalgia, arthritis and autoimmune conditions are key indicators of inflammation caused by several chemical mediators. The major chemical mediators involved in chronic inflammation and aging are low-density lipoproteins (LDL), interleukin-6 (IL-6), TNF-alpha, C-reactive protein (CRP), homocysteine and beta-amyloid protein.

The oxidation of LDLs cause inflammation via the immune activation of foam cells and cytokine release, resulting in vessel wall destruction. The cytokine TNF-alpha can lead to atherosclerosis, liver damage, kidney disease and brain cell destruction. There is current evidence that TNF-alpha and IL-6 are present in the brain’s blood vessels and neural tissue as we age, and can lead to the development of Alzheimer’s and dementia. Increased levels of IL-6 and TNF-alpha are also implicated in the decrease of muscle mass.

Levels of C-reactive protein are elevated in the presence of inflammation, and are heightened in conditions such as Alzheimer’s, arthritis, cardiovascular disease and metastatic cancer. CRP is an accurate marker for inflammatory-related aging. Homocysteine, a toxic metabolite of methionine metabolism, can lead to detrimental effects, such as inflamed blood vessels and brain tissue. Elevated levels of homocysteine may be an indication of methylation dysfunction. Recall how the methylation process helps in DNA repair and the growth of new cells responsible for regulating gene expression. Cells that are aging and unhealthy are unable to go through the normal methylation process; instead, they undergo demethylation. Homocysteine is a byproduct of this process, which leads to heart disease and unhealthy aging.

Beta-amyloid is a protein associated with brain injury. It can accumulate due to oxidative damage, lack of oxygenation or infections. If deposited in excess, it can promote protein glycation and oxidative damage. It can lead to Alzheimer’s, diabetes and cardiovascular disease.

These inflammatory markers can be addressed via diet modifications and natural anti-inflammatory neutraceuticals. A major cause of chronic inflammation and aging is an unfavorable imbalance between omega-3 and omega-6 fatty acids. In addition, eating a diet high in hydrogenated and saturated fats can lead to chronic inflammatory states. Dietary suggestions should center on a Mediterranean-type diet, rich in monounsaturated and omega-3 fatty acids, and phytochemicals. Studies have shown that foods rich in natural anti-oxidants reverse the effects of chronic inflammation. Simple guidelines involve the consumption of more fish, cold-pressed olive oil, and fresh fruits and vegetables. At least one tablespoon of flax oil or fish oil should be taken daily, and the consumption of green vegetables, berries, nuts and seeds should be increased. If homocysteine levels are above 7μmol/L and/or CRP is higher than 2.0mg/L, the intake of vitamins B6, B12 and folic acid should be increased.

Studies have shown that low levels of serum B6 are associated with inflammation, which increase both homocysteine and C-reactive protein. Specifically, homocysteine metabolism requires 100mg B6, 800mcg folic acid as 5-methyl-tetrahydrafolate and 2,000μg B12 as methlycobalamin daily. In addition, trimethylglycine (TMG), also known as betaine, is recommended as an aid for methylation; 1,000mg daily will help reduce a high homocysteine level.

Two Asian herbals known for their anti-inflammatory properties are Boswellia extract and curcumin. Boswellia may be useful for general inflammation during the aging process. Suggested dosage is 200-300mg of Boswelia extract twice daily. Curcumin has been shown to protect against a variety of cancers and against nerve cell damage involved with Alzheimer’s disease. A suggested dose is 300-500mg twice daily.

As we age, serum levels of insulin and cortisol rise. Chronic stress, pain and poor sleep can contribute to higher cortisol levels. Excessive cortisol suppresses the immune system and is catabolic to all tissues, especially nervous tissue. Managing cortisol levels by improving adrenal function and the hypothalamic-pituitary-adrenal axis is imperative for deceleration of the aging process. Since DHEA levels sharply decline in response to high cortisol levels, a 24-hour salivary cortisol/DHEA test is important. It is an essential tool for assessing diurnal cortisol levels and for subsequent correction of both hormones.

Recall how high insulin levels secondary to metabolic syndrome and/or ingesting high glycemic foods can trigger inflammation. Insulin is considered both an aging and obesity hormone due to its inflammatory nature. If a patient’s C-peptide is higher than 2.5ng/ml and/or triglyceride (fasting level) is higher than 110mg/dL, consider placing him or her on an insulin-lowering diet and supplements. According to Dr. Ron Rosedale, a metabolic physician, insulin appears to be the “common denominator” in many age-related diseases; namely, diabetes, cardiovascular disease and cancer. Other insulin-altering effects include: increased prolactin, decreased growth hormone, as well as decreased DHEA and increased cortisol. In summary, prolonged high insulin levels negatively impact the metabolism on a cellular level.

Use of Natural Hormones

As humans age, our reproductive hormones decline. When estrogen levels decline, there is a corresponding rise in pro-inflammatory cytokines IL-6, TNF-alpha and IL-1. Natural/bioidentical estrogens, when replaced in a menopausal female, quickly act to sequester any pro-inflammatory hormone response. Appropriate amounts of natural estrogen promote central nervous system health by reinnervating brain cells. This also helps the expression of cytokines and growth factors that assist in regulating the immune response. Estrogens act to increase growth hormone, prevent bone loss and act as an antioxidant. Replacing estrogen has been shown to prevent age-related cognitive decline, improve memory and decrease the risk of Alzheimer’s.

Bioidentical testosterone replacement should also be considered a powerful element in anti-aging medicine. It not only decreases the inflammatory response but enhances growth hormone, improves cardiovascular function, deepens sleep and alleviates male depression. Of course, take into consideration sex hormone binding globulin levels and aromatase activity present in patients prior to dosing.

Thyroid hormone levels should also be tested and optimized if low. Since Free T4 and Free T3 levels decline and TSH levels rise in menopausal and andropausal patients, correction is mandatory to get optimum results in an aging patient. It is important to use natural thyroid and not overly suppress the TSH levels. Many physicians concur that most symptoms of low thyroid resemble those of aging: hair loss, fatigue, dry skin, skin thinning, poor libido, poor memory and muscle weakness. From this perspective, low thyroid function contributes and appears to correlate to the aging process.

Since hormones work synergistically, they should all be carefully assessed and optimally balanced. This dynamic involves DHEA, thyroid, estrogen, testosterone, progesterone, pregnenolone and growth hormone.

To increase lifespan, it is important to diminish inflammatory hormones, maintain proper insulin and cortisol levels, and optimize hormone levels. Biochemical correction of the underlying causes of aging (impaired hormone levels, impaired detoxification, neurodegeneration, inflammation, etc.) by NDs who take a comprehensive integrated approach will advance anti-aging medicine to a new level. Without a doubt, we are the true leaders of anti-senescence or longevity medicine. 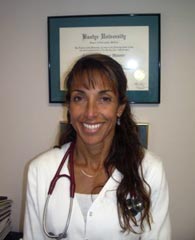 Lucinda Messer, ND is a Bastyr graduate and has enjoyed her thriving practice for more than 13 years. She is board certified in family medicine. Her passion for hormonal health and anti-aging medicine expand her own desire and enthusiasm to be strong and vital. She is an avid climber, runner and body builder, as well as a model of “fitness” within the naturopathic community. She has been a speaker and spokeswoman for Bastyr University, has written numerous articles on anti-aging, and is a member/diplomat of the American Academy of Anti-Aging. Dr. Messer is currently writing a book on her specialty of anti-aging medicine. 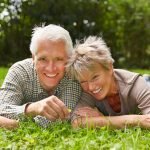 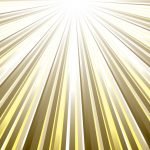