How Does Mindfulness Meditation Help Pain?

For centuries, people have been using mindfulness meditation to try to relieve their pain, but neuroscientists have only recently been able to test if and how this actually works. In the latest of these efforts, researchers at University of California San Diego School of Medicine measured the effects of mindfulness on pain perception and brain activity.

The study, published July 7, 2022 in PAIN, showed that mindfulness meditation interrupted the communication between brain areas involved in pain sensation and those that produce the sense of self. In the proposed mechanism, pain signals still move from the body to the brain, but the individual does not feel as much ownership over those pain sensations, so their pain and suffering are reduced.

“One of the central tenets of mindfulness is the principle that you are not your experiences,” said senior author Fadel Zeidan, PhD, associate professor of anesthesiology at UC San Diego School of Medicine. “You train yourself to experience thoughts and sensations without attaching your ego or sense of self to them, and we’re now finally seeing how this plays out in the brain during the experience of acute pain.”

On the first day of the study, 40 participants had their brains scanned while painful heat was applied to their leg. After experiencing a series of these heat stimuli, participants had to rate their average pain levels during the experiment.

Participants were then split into two groups. Members of the mindfulness group completed four separate 20-minute mindfulness training sessions. During these visits, they were instructed to focus on their breath and reduce self-referential processing by first acknowledging their thoughts, sensations and emotions but then letting them go without judging or reacting to them. Members of the control group spent their four sessions listening to an audio book.

On the final day of the study, both groups had their brain activity measured again, but participants in the mindfulness group were now instructed to meditate during the painful heat, while the control group rested with their eyes closed.

“We were really excited to confirm that you don’t have to be an expert meditator to experience these analgesic effects,” said Zeidan. “This is a really important finding for the millions of people looking for a fast-acting and non-pharmacological treatment for pain.”

When the team analyzed participants’ brain activity during the task, they found that mindfulness-induced pain relief was associated with reduced synchronization between the thalamus (a brain area that relays incoming sensory information to the rest of the brain) and parts of the default mode network (a collection of brain areas most active while a person is mind-wandering or processing their own thoughts and feelings as opposed to the outside world).

One of these default mode regions is the precuneus, a brain area involved in fundamental features of self-awareness, and one of the first regions to go offline when a person loses consciousness. Another is the ventromedial prefrontal cortex, which includes several sub regions that work together to process how you relate to or place value on your experiences. The more these areas were decoupled or deactivated, the more pain relief the participant reported.

“For many people struggling with chronic pain, what often affects their quality of life most is not the pain itself, but the mental suffering and frustration that comes along with it,” said Zeidan. “Their pain becomes a part of who they are as individuals — something they can’t escape — and this exacerbates their suffering.”

By relinquishing the self-referential appraisal of pain, mindfulness meditation may provide a new method for pain treatment. Mindfulness meditation is also free and can be practiced anywhere. Still, Zeidan said he hopes trainings can be made even more accessible and integrated into standard outpatient procedures.

“We feel like we are on the verge of discovering a novel non-opioid-based pain mechanism in which the default mode network plays a critical role in producing analgesia. We are excited to continue exploring the neurobiology of mindfulness and its clinical potential across various disorders.”

Co-authors include: Gabriel Riegner, Valeria Oliva and William Mobley at UC San Diego, as well as Grace Posey at Tulane University and Youngkyoo Jung at University of California Davis. 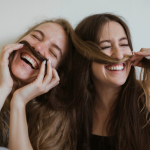 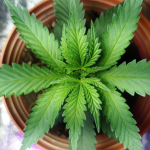