Do all of your thinking before you get under the covers. Sleep is too precious to sacrifice for a tangled skein of worry thoughts.
Oscar Evertz, 1917, p. 252

Last month we looked at…

How the time before bedtime was spent determined the quality of sleep. Today, with the televised programming invading our lives, especially the 10 o’clock news before bed, it is little wonder that insomnia is rampant. To the delight of students then and now, Purinton counsels “never study after nightfall if you would have sound sleep. The chief abuse in the present school system is the necessity for growing children to take their books home and keep cramming the brain after dark” (Purinton, 1912, p. 149). Evertz too, reaffirms the need to be at peace before retiring for the night. “Let your last thoughts at night be – not on how tired you are and how troublesome your day’s work has been, but on how well you will sleep and how fresh and fine you will feel in the morning” (Evertz, 1917, p. 250). Lindlahr proposed that “the more relaxed the brain and nervous system during the day, the deeper and more normal the sleep at night” (Lindlahr, 1931, p. 31). Evertz adds the flourish, “the mother who sings to her child to sleep…harmonizes and soothes the mind of both herself and her little one” (Evertz, 1917, p. 250). 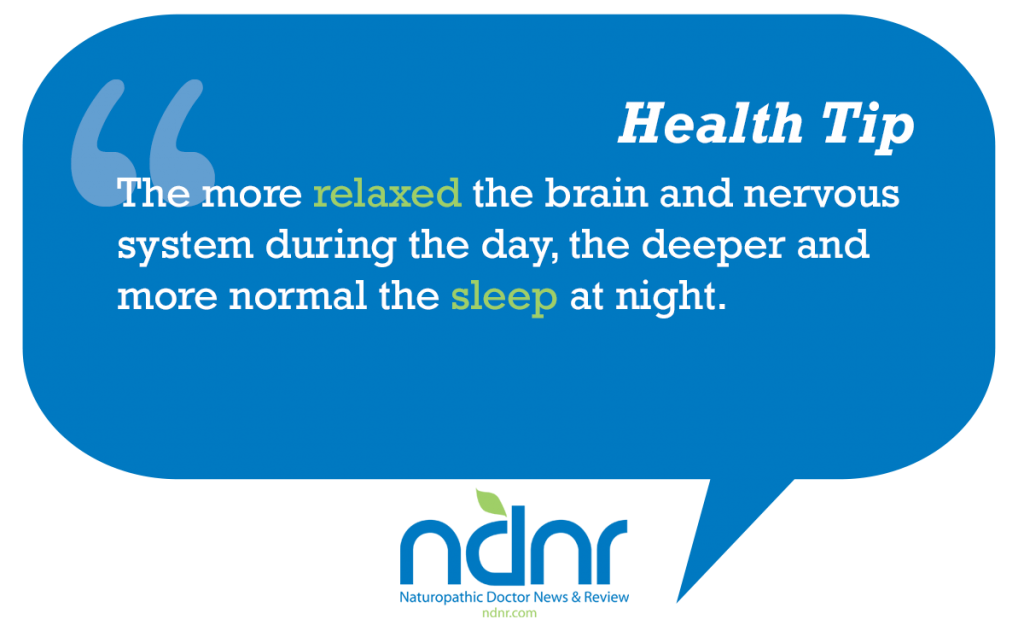 Water cures offered many sedating options for those who suffered with insomnia. The neutral bath was recommended to induce drowsiness. The water cure “consists of immersion of your entire body into a lukewarm bath, not hot and not cold − just a sleep-conveying tepidness. Have at the bottom of your tub, to recline on, a woolen blanket. After you have been in the bath for twenty minutes to half an hour, you will commence to get drowsy. When this feeling comes on, get out, wrap a dry blanket tightly about you, and go to bed, blanket and all” (Richter, 1936, pp. 355-6). Richter continues to advise that no towel or pajamas are used after this bath. Dieffenbach advised that the cold, stimulating trunk compress was indicated in acute gastric and intestinal catarrh but also assisted “resolution and reflexly acted well in insomnia and hyperirritability of nerves” (Dieffenbach, 1909, p. 78).

Another water cure for insomnia was a hot foot bath (105-120°F) given for 10 to 30 minutes, “the lower extremities being immersed up to the popliteal spaces” (Dieffenbach, 1909, p. 54). Dieffenbach also recommended that “after the hot foot bath the feet should be quickly rubbed with cold water and then wrapped up warmly. The hot foot baths produce marked dilation of the blood vessels of the lower extremity and reflexly relieve congestion of other organs, especially of the brain and pelvis” (Dieffenbach, 1909, p. 54).

Purinton observed that “separate sleeping rooms are a spiritual necessity to unfolded individuals” (Purinton, 1912, p. 77). He continues, “have a room, a tent or balcony all to yourself, with no other person near enough for the breathing to be audible or the presence perceptible” (Purinton, 1912, p. 77). Jackson cautioned that sick people “should never sleep with other persons. As a general rule, a person is healthier to sleep alone” (Jackson, 1874, p. 106).

Purinton proclaimed that “feather pillows were for chickens to sleep in” (Purinton, 1912, p. 78) and the cause of nightmares for humans. “Wherever feathers are used, either for the bed or for the pillow of the bed, they are decidedly unhealthy. They are great non-conductors of heat, and, therefore, should never be used to sleep upon. If used at all, they should serve only as an external covering” (Jackson, 1874, p. 98). The use of feather pillows was discouraged except for the pine pillows which were reputed to “cure sleeplessness where all other means failed” (Purinton, 1912, p. 78). Pine pillows are a misnomer since the pillows were prized for the balsam needles that filled them. “To a Northern housewife if it isn’t balsam, paradoxically it isn’t a pine pillow”. … To make a pillow, balsam branches were collected in huge quantities and the broad green needles were clipped from their branches with scissors into a container and then stuffed and made into pillows (White, 1961, pp. 40-1). Pine pillows can still be obtained in the Adirondacks and have a long history in this region.

The height of the pillow was stressed to be not too thick. “The least elevation is the best; the highest is the worst. One pillow made of cotton or hair, but never of feathers, about three inches in thickness, is abundant elevation for the head” (Jackson, 1874, p. 105). Not only pillows, but beds too needed to be aired daily which involved “stripping the whole business down to the springs and laying out each piece separately where the sun and wind [could] renovate it” (Purinton, 1912, p. 78).

Without question, all these early non-drug suggestions for healthier sleep, including Purinton’s admonition that “sleep may be defined as the soul’s respite from body, brain and heart” (Purinton, 1912, p. 1), have currency and value a century later. To a certain extent, Purinton captured the essence of our forebears’ approach to insomnia. “Insomnia is the most depleting of all diseases because a direct encroachment of the human on the divine” (Purinton, 1912, p. 4). 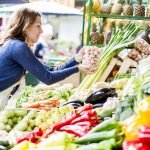