Trauma and Lineage of Illness

Hahnemann writes in paragraph 78 of the Organon of Medicine that “true natural chronic disease arises from a chronic miasm.”1 A miasm is a series of reactions to abuses in life. These include dietary passions, habits, and environmental factors that affect generations of families through chronic illness.

“The women in my family are the martyrs for the men in my family,” Teresa stated, after recounting the generations of sexual and physical abuse the women in her family had suffered silently. Teresa had come to my office for help with her frequent panic attacks and debilitating anxiety and depression, from which she had suffered for as long as she could remember. She had already tried anxiety and depression medications, but they caused her to feel even more apathetic and disconnected from the world around her.

On the surface, Teresa had a very sweet and happy disposition. She smiled all the time, she was warm, and her coworkers adored her; however, she found it difficult to stand up for herself and remained a pushover on the job until a number of transgressions occurred, at which time she would explode.

Teresa was born with jaundice. In traditional Chinese medicine (TCM) ideology, jaundice relates to a perturbation of the liver, the organ considered “the seat of anger.” An unhealthy liver spurs an angry human being, and excessive anger damages the liver further, creating a vicious cycle. In addition, when Teresa became anxious, her heart fluttered away with palpitations. In TCM, the heart relates to joy. A morose, anxious person, according to ancient medical traditions as far back as Hippocrates, bears an unhealthy heart.

From a homeopathic perspective, the trauma endured by Teresa’s mother and earlier generations of women in her family was now ingrained in Teresa’s very being, perpetuating early and chronic illness. Teresa had developed a miasmatic reaction due to the sustained abuse of her ancestors and herself.

Elisabeth Kubler-Ross describes five common experiences of grief that may occur in any order after trauma:

Denial, or shock and disbelief, regarding the trauma

Anger, often misplaced onto anything and everyone nearby

Bargaining as a way to negotiate, find excuses, and displace blame

Depression, a deep despair of overcoming the trauma

Acceptance occurs when a sufferer comes to terms with her trauma.

These aspects of grieving are multi-faceted and manifest differently in every individual. Teresa’s inability to appropriately express her anger at work, leading to panic and explosive anger, indicated an urgent need to process her response to her grief and trauma.

I chose the homeopathic remedy Delphinium staphysagria, a beautiful purple flower that has been used medicinally for centuries. To many people, the color purple represents congealed blood, as when our blood boils from anger. The flower is toxic in its whole form, but has been used homeopathically to treat depression and hysteria with much success. William Boericke, MD, in his Homeopathic Materia Medica, describes Staphysagria as “necessary for those showing violent outbursts of passion.”2

Teresa took a 200C potency BID along with herbs such as mimosa (Mimosa pudica), passion flower (Passiflora incarnata) and hawthorne (Crataegus oxyacantha). She changed her diet based on her TCM constitution, received frequent acupuncture treatments, and had the time and safe space during consultations to express herself and be fully heard.

Soon enough, Teresa’s anxiety decreased markedly, and she described feeling more centered, more calm and more in control. In social interactions, she found she was more readily speaking up for herself and not losing her temper. Alternative medicine had touched her miasm and triggered her progression through her underlying grief, shining a light toward her healing.

Teresa then brought in her mother, who suffers from a depression she attributed to many years and generations of abuse. Her mother told me that, during countless years of abuse, she never once cried. She was stuck in a depressed state, and even after leaving the abusive situation, she had not been able to cry or come to a place of acceptance.

Four days after a single dose of Natrum muriaticum, 200C, she called me from the emergency room. She had begun crying the day after taking the remedy and had not stopped, which made her scared that something was wrong with her. I explained that crying was pivotal to freeing herself from suffering and that she was now moving toward acceptance. I could hear the smile in her voice even as her tears rolled down.

As time passes and Teresa and her mother move closer to their healing, I pause and wonder if Teresa has averted the passing on of family trauma to the next generation. Only time will tell, but my hopes are high. It is beautiful to see a mother and daughter working on their grief together in unity.

The Intergeneration Impact of Trauma

The young field of epigenetics has linked cancer, heart disease, respiratory diseases, and autoimmune conditions in offspring with environmental exposures in the parent. Working with the adult offspring of Holocaust survivors, researcher Rachel Yehuda demonstrated the trans-generational transmission of cortisol dysregulation and the increased risk of post-traumatic stress disorder (PTSD) in those born to mothers who experienced PTSD compared to those born to mothers without PTSD.3,4

This leads me to speculate whether the Holocaust had an epigenetic impact on genes associated with breast cancer and high breast cancer susceptibility in Ashkenazi Jews, and whether the historic trauma of slavery and Jim Crow terror have a role in the higher prevalence of hypertension among African Americans. I watch with interest as research in this field develops.

Today I received a call from Elsie, a young woman I saw quite some time ago, who was abandoned as an infant and has since suffered extended abuse. She came to see me for her horrible dysmenorrhea and uncontrollable anger. Staphysagria really moved her case, too. She cried for 6 months and was debilitated by the crying for 3 of them.

Today, she was concerned that her remedy had gotten old sitting in the sun. She hadn’t touched it in months but wondered if she needed a new bottle. Since our visits, Elsie has developed the strength to leave a dead-end job and move to California. She established healthier boundaries in her relationships and began to pursue a vocation as a spiritual healer, living on a ranch and using the healing power of horses. She called me happy, spirited and free. I told her she was fine now and not to worry about needing the remedy at this point. We both laughed in agreement. She has worked through her stages of grief, and my job with her is done. I look forward to the possibility of seeing her healthy children one day. 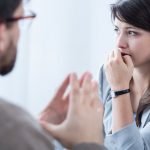 Similar Thought: Where Am I?Anxiety/Depression/Mental Health 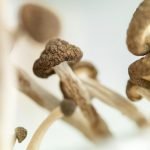