This is the second part of a 2-part article discussing competent care for LGBTQ patients. Part 1 discussed the recent National Institutes of Health (NIH) determination of sexual and gender minorities (SGM) as a health disparity group related to the variety of increased risk factors faced by this demographic – risk factors that relate, at least in part, to social stigma and lack of providers informed on LGBTQ healthcare needs. The statistics suggest that this less-than-optimal care can especially impact teens and older adults who identify as sexual or gender minorities. Recent studies highlighting practitioner bias reveal the need to improve our knowledge of how to best support our patients who are part of this minority group.

While the connection between the health of the LGBT population and the biases within the medical profession have not been fully sussed out in research, one can easily see the connection between delayed care and the possibility of facing discrimination or ignorance. In a survey of nearly 5000 LGBT individuals and people living with HIV, more than half had experienced healthcare discrimination, such as being refused treatment or healthcare providers refusing to touch them.1 In a 2009 report by the Center for American Progress, 29% of LGBT individuals reported delaying necessary visits to the doctor, as compared with 15% of individuals who identified as straight.2 A similar percentage of transgender patients report delaying care due to discrimination.3 A quarter of transgender people surveyed reported that they had been harassed or disrespected in a hospital or doctor’s office.3 Nearly half of transgender men reported “harassment, physical assault or denial of equal treatment in a doctor’s office or hospital,” according to a 2015 survey.4

With the recent proposed repeal of the Affordable Care Act (ACA), protections afforded to the LGBT community through the non-discrimination clause5 are at risk of being rescinded. A paper released by Fenway Health outlines the possible impacts on the LGBT community as well as on those living with HIV.6 An end to the ACA could jeopardize or eliminate federal programs that deliver care to a higher percentage of LGBT people.5 Programs such as those that provide medications to low-income HIV individuals (Aids Drug Assistance Program, or ADAP) could be cut, further complicating the access to quality and competent care.7

Matthew Kavanaugh, a policy analyst for the organization Health Gap Global Access Project, was quoted as saying, “One of the most important things that happened with Medicaid expansion is that people were able to move off of ADAP and not just get HIV drugs but full [health] insurance. If that rolls back, it’s likely we will see huge problems with ADAP. That in turn could hurt the US effort to control HIV.”8

Policy aside, navigating a healthcare system that has traditionally not considered the best way to care for this population can be daunting for LGBTQ individuals. On top of potentially facing discrimination, the patients themselves often end up educating their providers on SGM health issues, a responsibility that should rest with the provider.

A study published in the American Journal of Public Health described the difficulty of finding a doctor who is competent in the care of LGBT patients.9 Only 15% of teaching hospitals surveyed had a list of LGBT-competent doctors, and only 16% reported offering what was described as “full” LGBT competency training at their institution; 52% of teaching hospitals surveyed had no training at all.9

The degree of SGM competency of current medical professionals can easily be blamed on lack of training. A white paper published in 2014 reported that medical schools spend, on average, 5 hours covering topics related to LGBT health and that little to none of this training covers the health of transgender people.10 In the same year, however, the Association of American Medical Colleges (AAMC) developed and published competencies intended for medical schools to ensure that physicians are trained to provide equitable care for LGBTQ, gender non-conforming, and DSD (disorders of sex development) individuals.11 University of Louisville’s School of Medicine was the first to incorporate these competences, and has done so thoroughly and comprehensively by integrating information about LGBTQ health throughout their curriculum and spreading it over the 4 years; by doing so, it is serving as a model to other medical colleges.12 Recently, the District of Columbia expanded on the idea of competencies by passing legislation requiring cultural competency training for all healthcare providers on the care of LGBT patients.13

While competency training implies competence, the reality is that depending on the duration and quality of the education, the requirement of a program does not necessarily equate with expertise or proficiency. To better care for this growing demographic, doctors must become aware of their own internal biases regarding gender and sexual orientation and must stay up to date on the latest standards of care for this patient population.

An example of failure to stay current with SGM-related healthcare is evidenced by the use of the HIV medication, emtricitabine/tenofovir disoproxil, which has been approved for pre-exposure prophylaxis (PrEP) of HIV since July of 2012. While it has been found to effectively prevent contraction of the HIV virus by more than 90% when used consistently, a 2015 survey of primary-care providers found that only 1 in 3 primary-care doctors and nurses even knew of the existence of PrEP.14

Considering our own biases in working with these patients is not only best practice but is also consistent with naturopathic medical philosophy. “Obstacles to cure” in a LGBTQ patient may be more significantly influenced by social determinants of health that are in conflict with that patient’s individual identity. Shared decision-making may help to improve the doctor-patient relationship for those who have had previous negative experiences and may help decrease the impact of practitioner biases.15-17

Beyond bringing awareness to biases and understanding standards of care for LGBTQ patients, providers must think about inclusivity in their office practices, policies, and communications.

Creating a welcoming and affirming practice and approach may necessitate some changes if you have not treated many SGM patients to-date. When considering the provision of better care to the LGBTQ patient population, here are some factors to keep in mind:

It is interesting to note that despite the suboptimal care that many SGM patients have received, certain LGBT populations demonstrate resilience such that health recommendations and support around healthy lifestyle changes may be well received. For example, despite being statistically more overweight than heterosexual women, a nationwide study found that lesbian and bisexual women actually have higher-quality diets than their heterosexual counterparts.23 This suggests that LGBTQ patients may be particularly well-suited to naturopathic care and that exploring the foundations of health with these patients may be of significant benefit to their well-being.

In the survey of older adults by the National Institute on Aging that was mentioned earlier in this paper,24 82% of LGBTQ people over the age of 50 were found to engage in moderate physical activity, and 91% were found to engage in wellness activities. In light of the increased incidence of disability and disease revealed in the survey, in comparison to heterosexual older Americans, these health-focused findings suggest that this population may be motivated as patients to stay healthy and “beat” the odds with support and patient education. Ninety-percent of those surveyed expressed feeling positive about belonging to their LGBT communities.24

While recent research has certainly expanded upon our understanding of how to better care for our SGM patients, continued work in this area is necessary. To support these research efforts, you can help by telling patients about a long-term study being conducted by the University of California at San Francisco. The UCSF PRIDE study aims to be the queer version of the Framingham Health Study in terms of its breadth and duration.25 Encourage your LGBTQ patients to download the Pride app and to participate in the data collection. Participants will complete an annual health questionnaire that takes approximately 30 minutes once a year. 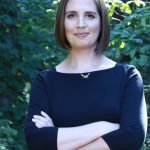 Abigail Egginton, ND, graduated from Bastyr University in 2011. She currently practices in Pleasantville, NY, and Ridgefield, CT, and also teaches at the College of New Rochelle in NY. Dr Egginton’s practice focuses on oncology, women’s health, and pediatrics, in addition to LGBTQ health. Dr Egginton is passionate about supporting the health of the LGBTQ community and has volunteered for Camp Ten Trees in Seattle in this capacity. 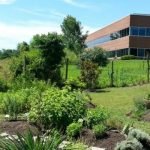 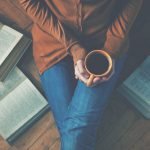