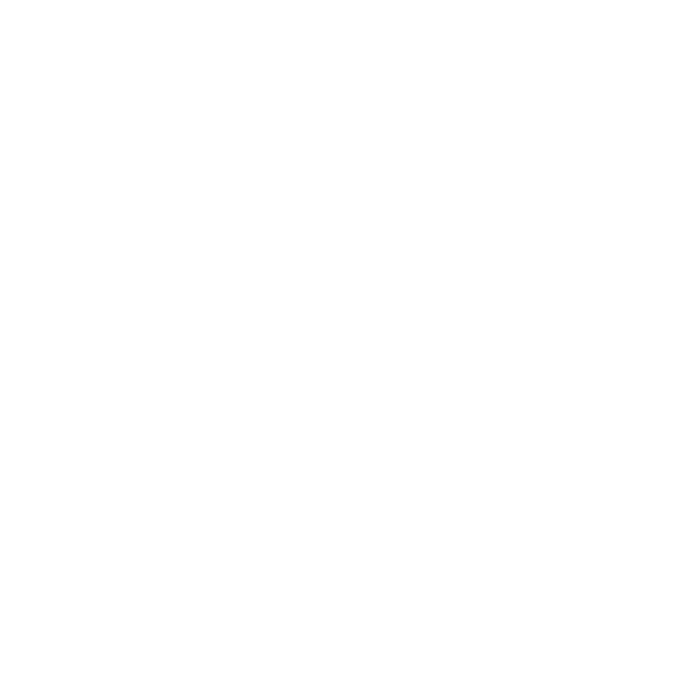 Autoimmunity and the Gut: How Intestinal Inflammation Contributes to Autoimmune Disease

The incidence of autoimmune diseases has been on the rise

The National Institutes of Health (NIH) estimates that over 23.5 million Americans (8% of the population) have been diagnosed with an autoimmune disease.1 Researchers have currently identified over 80 different autoimmune diseases, and many other diseases have been suspected of having an autoimmune component.1 Although several theories exist as to why autoimmune diseases occur in the human body, there is really no clear understanding as to how the immune system is programmed to react to self-antigens or why immune cells react against some self-antigens and not others. Because of the current high incidence and the rise in the number of autoimmune diseases detected, increased research is being done into the etiology of these conditions, bringing new insight to factors that contribute to immune dysregulation.

The Role of Intestinal Inflammation

Current research has been looking more closely into the role of intestinal inflammation in relation to autoimmune development. Approximately 70% of our entire immune system is located in our gastrointestinal (GI) tract.2 Recent studies have shown that a significant portion of immune cell development, especially T-regulatory cells, occurs through maturation within the colon in response to intestinal cell signaling.3 In addition, over 15% of the population suffers from some type of inflammatory intestinal disorder,4 and there have been many correlations between autoimmune intestinal diseases (such as celiac disease, Crohn’s disease, and ulcerative colitis) and non-intestinal autoimmune diseases (such as multiple sclerosis, type 1 diabetes, and rheumatoid arthritis).1,5,6 For the purposes of this article, we will be discussing the potential roles of intestinal bacteria and hormones on intestinal inflammation and related autoimmunity.

The balance of intestinal flora is crucial to the way in which the immune system develops and functions. In autoimmune diseases, all components of the immune system play a role. The main players are autoantibodies targeted against self-cells, auto-reactive T helper (TH) cells (CD4+, usually TH1 and TH17), stimulation of macrophage and neutrophil destruction, and reduced regulatory T cells (TReg). Although it was once thought that bacteria in the intestines had no interaction with the immune system, newer studies are finding that there are several signals sent between the intestinal flora and the mucosal immune system. Research on both humans and mice has helped to outline some of these important signaling pathways.

Germ-free mice raised in laboratory settings have severely decreased development of both B cells and T cells, as well as decreased maturation of immunoglobulins (IgA, IgG and IgM).3,7 (Germ-free mice are mice that are born and raised in germ-free environments so that exposure to microbiota can be closely regulated for research purposes.) Although there is a decreased development and diversification of immune cells in germ-free mice, stimulation with a single antigen will often produce a hyper-focused immune response.3 There is usually an initial delayed IgM response to antigen exposure, followed by a greater production of antigen-specific IgG-producing B cells in the spleen.) This is perhaps due to the lack of TReg cells that are designed to regulate the response of the immune system. Re-colonization of germ-free mice with species of Bacteroides fragilis and Clostridia has been shown to increase the production and maturation of TReg,3 suggesting that these particular intestinal microorganisms help to promote production and maturation of immune cells, which in turn help to regulate immune response in a healthy system.

Other support for the influence of gut bacteria on the immune system involves short-chain fatty acids (SCFAs) produced by bacteria in the colon. SCFAs (specifically acetic acid, propionic acid, and butyric acid) given to germ-free mice increased TReg production along with Foxp3 and IL-10 production.8 Both IL-10 and Foxp3, the transcription factor controlling TReg function, are huge players in immunosuppression.

Alterations in bacterial flora are very common in people with autoimmune diseases. For example, changes in microbial composition can be found in early stages of rheumatoid arthritis and inflammatory bowel disease.9 Children who progress to type 1 diabetes have been found to have reduced amounts of lactate-producing and butyrate-producing species of bacteria, specifically the Bifidobacterium species.10 Fungal abnormalities can also play a role in immune system regulation. Candida albicans induces the production of anti-glycan antibodies, such as anti-Saccharomyces cerevisiae antibodies (ASCA), in Crohn’s disease and other autoimmune diseases (including ulcerative colitis and celiac disease).11 The presence of ASCA has a specificity of 90% and sensitivity of 56% for Crohn’s disease. Crohn’s patients are also known to have a higher amount of Candida albicans colonization than those without inflammatory bowel disorders.

A few important questions can be gleaned from this data. How does the development of intestinal bacteria at an early age influence inflammatory processes and immune system development? And how can physicians use this information to provide preventative and therapeutic treatments for patients with autoimmune diseases?

The programming of our immune system begins at birth. Immune cells in an infant are taught to recognize and differentiate self-cells from potential antigens via environmental exposures and the reactions of the mother’s immune system. For children that are given antibiotics at an early age or do not get the beneficial effects of breastfeeding or a vaginal birth from their mother, the chances for healthy GI function decrease. This may set the stage for impaired cell signaling in the immune system and a higher risk of developing an autoimmune reaction later in life.

Summarizing recent research, a proper balance of intestinal bacteria is essential for immune system regulation and development. Deficiencies of lactate-producing bacteria (eg, Lactobacillus, Bifidobacterium) and butyrate-producing bacteria (eg, Clostridium spp) have been associated with autoimmunity.9,10 Therapeutic bacteria of both types could be beneficial in treating autoimmune diseases, especially those producing SCFAs, such as butyrate. This may differ from what many physicians focus on when recommending probiotics for intestinal health. SCFA supplements (and/or fiber to help build SCFAs) may also be beneficial to promote intestinal repair and reduce inflammation.

Autoimmune diseases affect women much more frequently than men.5,12,13 Some studies show that sex hormones may play a role in mucosal immune activation and inflammation, which could potentially explain the increased incidence of autoimmunity in women. Estrogen receptors are expressed on many different immune cells, including T cells and macrophages. When bound to TH cells, estrogen can directly influence cytokine production, cell activation, and cell proliferation.12 Women have been found to have higher levels of T-cell proliferation and T-cell activation in the gut than men, specifically increased expression of TH17 cells.12

Other hormonal influences on the immune system include the effect of the adipose-derived hormone, leptin, on proinflammatory processes in the GI tract. Leptin is generally produced by adipose tissue and has a major influence on appetite, energy expenditure, and metabolism. Leptin has found to be increased in those with metabolic syndrome, independent of obesity.14 Expression and production of leptin in the gastric mucosa is greatly increased in patients with inflammatory bowel disease, particularly ulcerative colitis.15 An increase in leptin has also been correlated with a decrease in TReg cells in patients with multiple sclerosis.

These findings suggest that individuals with metabolic syndrome may have an increased risk of autoimmunity. Patients who have metabolic syndrome risk factors, or who have difficulty with obesity, may be able to prevent or decrease autoimmune responses via healthy lifestyle changes that influence their metabolic risk.

While there are many factors that can influence the way in which the immune system responds to self-cells, intestinal inflammation is something that should be examined more closely and managed in those with autoimmune diseases. With all multi-system chronic diseases, it is important to look at all potential causes influencing the course of the disease. Naturopathic physicians can potentially make great progress in treating autoimmune diseases in simple ways, including prescribing appropriate probiotics, screening for hormonal dysregulation, and preventing dysregulation in the immune system early in life. 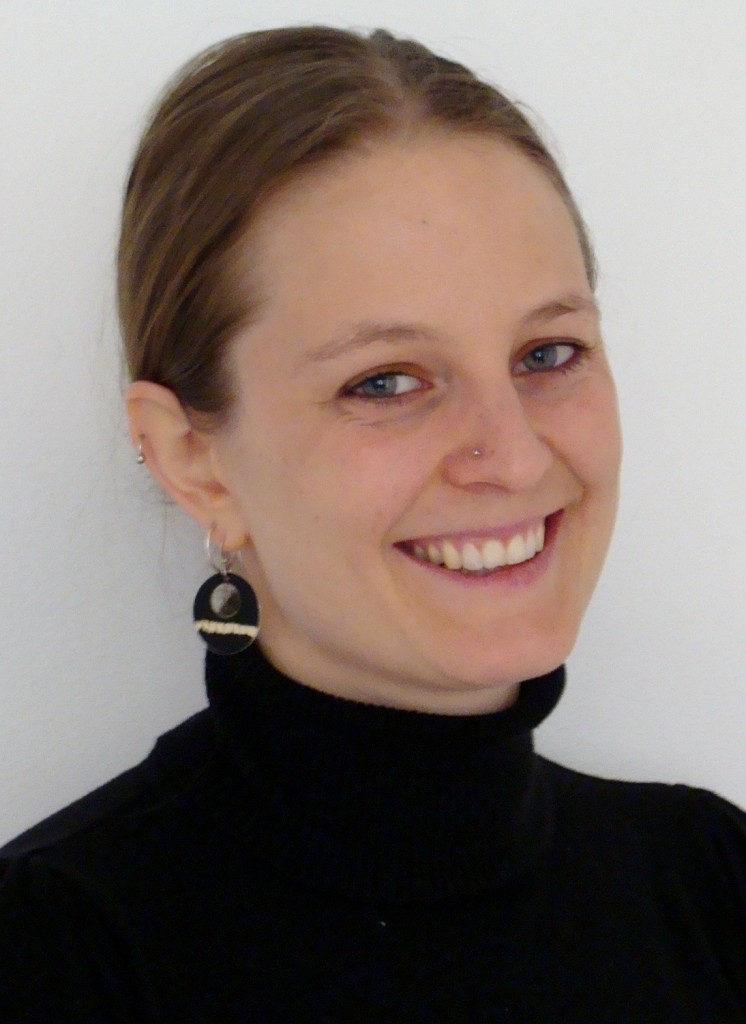 Jenny Berg, ND, LAc is a licensed naturopathic physician and acupuncturist in Seattle, WA. Her special interests lie in the areas of autoimmune diseases, most specifically neurological, endocrine, and dermatological conditions. She combines naturopathic medicine and acupuncture to promote foundational healing in chronic disease. Common diseases treated include multiple sclerosis, Hashimoto’s, Graves, eczema/psoriasis, and myasthenia gravis. She is also the cofounder of Aria Integrative Medicine, a specialty clinic in Seattle that is committed to providing quality, comprehensive care for autoimmune disease. Dr Berg also sits on the Board of Directors for the Autoimmune Advocacy Alliance and Alternative Healthcare Access Campaign. 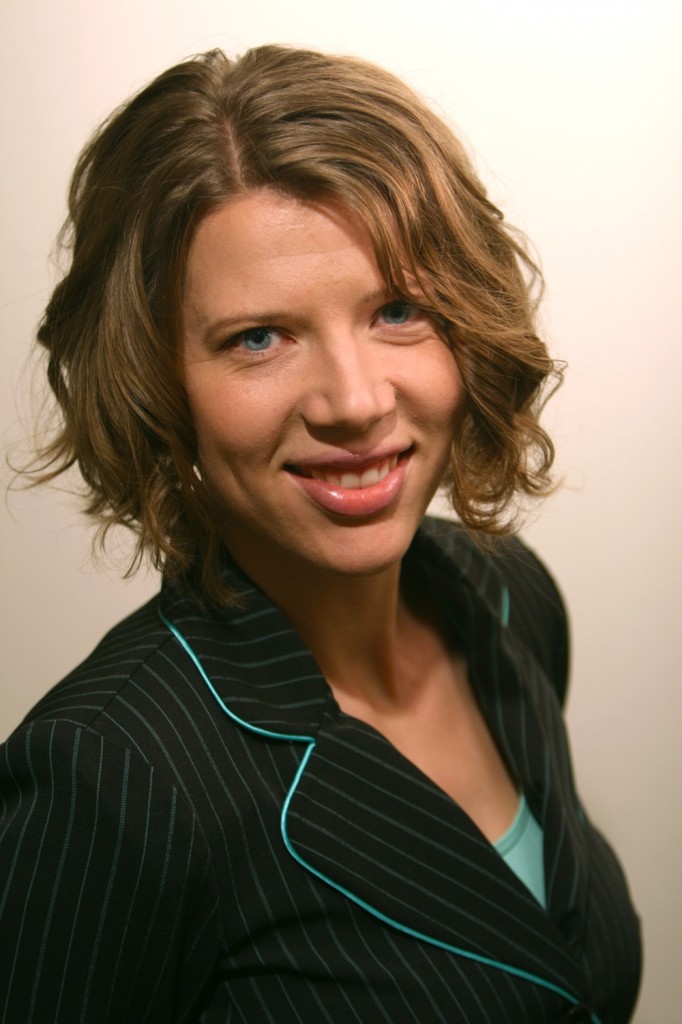 Kelly Baker, ND, LAc is a licensed naturopathic physician and acupuncturist in Seattle, WA. Her special interests lie in the areas of autoimmune diseases, most specifically gastrointestinal, pediatric, and rheumatologic conditions. She combines naturopathic medicine and acupuncture to promote foundational healing in chronic disease. Common diseases treated include celiac disease, ulcerative colitis, Crohn’s, and rheumatoid arthritis. Dr Baker is also the cofounder of Aria Integrative Medicine, a specialty clinic in Seattle that is committed to providing quality, comprehensive care for autoimmune diseases. 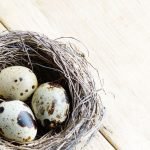 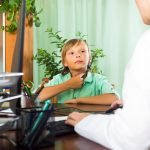