It has been 2 weeks since I posted the September Ebolavirus 2014 Outbreak, comments, and outlook; a great deal has taken place since then. If you have not read the original post, please take time to read it, as this update elaborates upon the original post: http://paulherscuepidemics.blogspot.com/2014/09/ebolavirus-2014-outbreak.html

My central goal in presenting these comments is to create a framework that allows future information to be properly analyzed and placed within a realistic context. In so doing, it allows us to better predict future events. In short, having a structure enables future findings, future investigations, and thereby future actions, to more appropriately match needs on the ground. We have had cases spread in the United States, and a case spread in Spain. However, by clearly understanding the situation, we can limit anxiety for everyone, while also creating a pathway for action.

In the September post, I had begun by describing the virus and the Filoviridae family, in general mentioning the fact that Marburgvirus was the first such virus described. (For quick access, I have placed the 2 paragraphs below as review):

The Ebolavirus is one of a couple of genera that are taxonomically organized within the Filoviridae family. Aside from Ebolavirus, the other famous genus is Marburgvirus, along with the lesser Cuevavirus. The highlight of this family is that it causes hemorrhagic fever and death in humans at a high rate.

Actually, the first virus found in the family was Marburgvirus, described in 1967, named after the great city of Marburg, Germany. Researchers were handling tissue from Ugandan grivets (a monkey used to develop vaccines) and became sick, though the natural vector is more commonly known to be bats. All told, in the original outbreak in Marburg, 31 people were exposed and fell ill; seven died from hemorrhagic fever. In the wild, Angola and Uganda have taken the brunt of recurring outbreaks.

If we keep track of the news carefully (which I do!), we find a small Marburgvirus outbreak has occurred at this time: http://www.who.int/csr/don/10-october-2014-marburg/en/

While not in the news, recall that Marburgvirus is as lethal, as contagious, and in many ways quite similar, to Ebolavirus. And, as mentioned, the main location of outbreaks is in Africa, specifically in Uganda, where this current episode is found: http://www.cdc.gov/vhf/marburg/resources/outbreak-table.html

I mention the location, as this is one of the common places Marburgvirus occurs. In other words, healthcare workers and government officials have worked with this virus before, and there was clear preparedness. The United States, with others, have previously spent time working with Ugandan health ministries to prepare for Marburgvirus outbreaks, to help identify and isolate potential cases in order to successfully impede a large outbreak from occurring: http://www.cdc.gov/media/releases/2014/t1007-ebola-confirmed-case.html; also http://www.msf.org.uk/article/uganda-man-infected-marburg-haemorrhagic-fever

As an example of preparedness and diffusion of information techniques, Ugandan government officials have created communication about the Marburgvirus incidence, even taking advantage of social media: https://www.facebook.com/statehouseug/posts/790046494396293

Further, that work led to a quick identification of the patient, which led to quick isolation in both Uganda, where the patient lived and died, and in Kenya, where the patient’s embalmer is located: http://www.cnn.com/2014/10/07/health/uganda-marburg-death/; also http://news.yahoo.com/uganda-monitors-8-death-ebola-marburg-virus-175408858.html

In short, the world is never going to know about the horrific epidemic that never came to be – not due to a lesser virus, but due to enough economic and political interest that adequate resources were spent which stopped an epidemic from starting in the first place. For me, these nonevents illustrate that when we put our political will towards a solution, we can keep a problem small, with fewer individuals and communities impacted and fewer lives lost. Again, prevention should be the rule. I have more to say about this issue at a later time but wanted to highlight that the structure that we described in the first letter helps us understand this news.

Timing and Pacing of Ebolavirus and Marburgvirus

As I wrote earlier, one “positive” thing (in terms of limiting large-scale transmission) of Ebolavirus and Marburgvirus is that the illness is so severe that, historically, people infected would be so sick and so weak that they would not easily travel, and therefore the outbreak would die with that individual or with one of their relatives, thereby limiting the outbreak. All that has changed with more condensed living quarters, with more travel, with more people “coming to” the ill person one way or another. We need to either quickly and completely isolate potentially-infected people, as described previously, or figure out how to identify patients earlier.

To make this point, I would like to describe another illness. The viruses mentioned above are not the only viruses that cause these sorts of dire illnesses. Another one is the Crimean-Congo hemorrhagic fever (CCHF). There is an excellent chance that most of the people reading this have not heard of the illness, even though about a third of the people who become acutely sick, die. And, as importantly, we know that one way to get this illness is by a tick bite – the Hyalomma truncatum tick. (Interestingly, the full name includes Crimea because during one of their “ethnic cleansings” that occurred in the Crimea during WWII, a couple hundred soldiers working agriculturally developed this disease.) I am not going to focus much on this illness at this time, even though the potential outbreak area is very large – all the way from China to Europe, and impacts wild and domestic animals, as well as people. An excellent article on the subject was published last year: http://www.ncbi.nlm.nih.gov/pubmed/23906741

And, to my knowledge, the last outbreak of CCHF was in Pakistan: http://tribune.com.pk/story/734275/stemming-outbreaks-eighth-patient-dies-of-congo-hemorrhagic-fever-at-hmc/

The reason I mention CCHF here, is to say that while it causes more or less the same symptoms and lethality as Ebolavirus, the timing is different. Patients become sick earlier, which in a way is worse for the individual, but better for others around them, as it forces the limitation of transmission, since they are too sick, too soon, to spread the illness.

Finally, to close this section, I do not wish to cause undue alarm. And I do not actually want to take us all through a lesson on all the viruses out there. Suffice it to say that there is a host of viruses and bugs that can kill us in the worst of ways. Here is a link to that list: http://www.selectagents.gov/SelectAgentsandToxinsList.html

The important point is that, by and large, we do not see galloping epidemics, but rather isolated cases or limited outbreaks. Quarantine and isolation of the sick, and public health alongside personal hygiene create “fences within fences,” which limits epidemics to outbreaks or isolated cases instead of widespread disease. These approaches must remain the #1 focus of public health.

One of the most missed aspects of the discussion thus far is that the locations where Ebolavirus Outbreak 2014 has occurred do not have a long history of dealing with Ebolavirus. So, where Uganda does, Senegal does not, Liberia does not, and Sierra Leone does not. Each of these countries likely had sporadic cases, but individuals were isolated and died and, therefore, cases went unreported. This is different from Uganda, which has seen such illnesses and has a history of such reports. In this sense, you can see the difference between what happened in those countries, with more than 4000 officially dead, (though the number is probably closer, unofficially, to 10 000, but that is for another time to discuss) and in Uganda, with a single person with Marburgvirus. This is a statistically large difference in the number of infected, causing turmoil and tragedy, with the most glaring difference being public health preparedness, not the lethality of the virus itself.

2014 Ebola Outbreak in the Democratic Republic of the Congo

With that background, let’s make this point even clearer. The Ebolavirus outbreak is not the only one that exists right now. As described before, Ebolavirus exists in a variety of places throughout Africa, though the most common outbreaks have been in Uganda and the Democratic Republic of Congo (DRC). In fact, if we look to any outbreak that killed more than 300 people, it was only those 2 countries that made the list. During this summer of 2014, there has been another outbreak of Ebolavirus that you may not have heard of – this one in DRC. In the middle of August, 1 person died in the DRC of Ebolavirus, and by the end of August, 13 people had succumbed. By mid-September, a total of 35 people were dead; by the end of September, 41 total were dead; and by October 2 – less than 2 weeks ago – we had a total of 42 people dead. This is where it gets tricky. This outbreak is called the “2014 Ebola Outbreak in Democratic Republic of the Congo.” It has nothing to do with, and is unrelated to, and is believed to be completely separate from, the outbreak that you have heard called the “2014 Ebola Outbreak in Western Africa.” In other words, no one in public health considers these 2 outbreaks related. We are talking about 42 people dead in a country of 75 million people, from the same virus, that in nearby countries has killed thousands in a much less densely-populated area, as in Liberia with 4 million inhabitants, and Sierra Leone with 6 million, and Guinea with 12 million. Yes, the virulence of the virus may be different, but limiting transmission and heightened surveillance have been the key to limiting impact: http://www.cdc.gov/vhf/ebola/outbreaks/drc/2014-august.html

In the next update, I will focus on the treatments being used.

I would like to add that I am saddened by the fact the CAM community has still not come to a common voice, and has remained mostly mute on the subject of this outbreak. I have described a very sensible pathway in the first letter. Please talk to your organization’s representatives and to your political representatives about putting more resources, both financial and in people power, toward the public health efforts essential in stemming this epidemic.

Paul Herscu, ND, MPH, has been in private practice since 1986, specializing in the treatment of neurological, psychological, and immune dysfunction diagnoses with an emphasis on autistic spectrum disorders (www.nhcmed.com). He is the author of a number of books on homeopathy, including The Homeopathic Treatment of Children: Pediatric Constitutional Types. He founded The New England Journal of Homeopathy, which was published from 1992 to 2002. Dr Herscu is an internationally sought-after speaker, lecturing extensively in Europe, North America, Asia, and Australia. He is the founder and director of The New England School of Homeopathy (www.nesh.com), the oldest and largest homeopathic training program in the United States, articulating a scientific and accessible approach to constitutional homeopathy. A graduate of NCNM, Dr Herscu had served on the board of several organizations, including the Homeopathic Academy of Naturopathic Physicians. Dr Herscu’s public health interests have led him to follow epidemics over the past 2 decades. He has written broadly on the subject (http://www.hersculaboratoryflu.org/news.html) and has created protocols to prepare for and contend with epidemics. 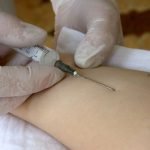 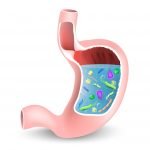