The Persistent Question of Vaccination

A policy which insists upon polluting at frequently repeated intervals the blood of every healthy human being with the infective poison squeezed from festering sores on the belly of a diseased calf which had previously been inoculated with human smallpox derived from the dead body of a tramp found in a morgue, is a monstrous and wholly indefensible outrage upon the common intelligence as well as upon the life and health of every human being.1
John W. Hodge, 1911

Vaccination occupies a place in our medical history like no other issue. When vaccination came onto the medical sphere, to say that the earth opened and swallowed up common sense and human dignity is an understatement. The core principles that differentiated the distinct schools of medicine at the time were tested in ways that we still see remnants of today. The ‘regular’ and ‘irregular’ medical camps became contentious factions which aligned firmly and decisively on either side of the debate when vaccinations became part of the medical toolkit. The doctors who supported vaccination had much to gain from its clinical employment and the doctors who opposed its use had to endure hard lessons that persist in today’s medical landscape. The public, caught in the middle, shouldered the devastating tragedies as their loved ones died or were permanently marked by the impositions of compulsory vaccination.

The Bane of Smallpox

To understand the tumultuous history of vaccination, one begins by studying the merciless and dreaded disease called smallpox in the context of the filthy living conditions of the poor. Smallpox was one of the ‘zymotic’ diseases (an infectious disease) that included yellow fever, typhus, scarlatina, diphtheria, and the plague and that routinely decimated populations. Historical records trace smallpox to at least 1,000 years B.C. in Africa and Asia. By the 6th century A.D., though, this dreaded pestilence had arrived in Europe courtesy of the invading Turks. Millions perished in the ensuing centuries. Millions more became disfigured.

The disease came to North America.

In the United Stated, smallpox epidemics, involving occasionally one-third of the population, occurred frequently during the eighteenth century. In contrast to Britain, where 90% of cases occurred in children younger than 10 years, Americans of all ages were afflicted. For example, during a smallpox epidemic which occurred in Boston between April 1721 and February 1722, 5,889 cases with 855 deaths were recorded among 10,700 citizens of that city.2

In 19th-century North America, smallpox was the last of the plagues to ravage over-crowded urban populations. Its spread was aided by filth, over-crowding, poverty and war. Smallpox was completely at home in all climates but in particular it was a disease of the poor and especially, the children of the poor who lived in the crowded, filthy quarters of towns.3 Epidemics thrived in this milieu of poor sanitary practices, polluted water, insufficient and spoiled food, and unhygienic, inhumane living conditions.

The poor could not afford simple things like windows for their living quarters. At one time, windows that emitted light and air were considered luxuries and were heavily taxed. Houses of the poor were destitute of proper ventilation, sanitation, clean water, and indoor plumbing. These homes were invariably surrounded by cesspools because plumbing or garbage disposals were unknown. The dwellings of the poor were perfect breeding grounds for the numerous epidemics that would ravage the burgeoning new cities of North America.

Vaccinators are never troubled about filthy quarters in a crowded city. They never call a mass meeting of citizens to discuss the menacing danger of cesspools. Cesspools have no terrors for them; but an unvaccinated person is a ‘focus of contagion’ that threatens the very foundations of the public health.3

The Dangerous Side of Inoculations and Vaccinations

Preventing the dreaded smallpox was a constant public concern.

The smallpox inoculation began as a superstition practiced by common people in India in the 6th century… About eighty years before Jenner’s discovery -1721- a practice was introduced in England, called Inoculation, which was accomplished by taking pus matter direct from small-pox patients [or cadavers] and introducing it into the blood of healthy individuals.3

Lady Mary Wortley Montagu was responsible for introducing the smallpox inoculation practice to England. The wife of an ambassador to the Ottoman Empire, she had been scarred by smallpox as a child and became interested in how the Turks resisted the disease. “The smallpox, so fatal and so general among us, is here entirely harmless by the invention of ingrafting (i.e. inoculation) which is the term they give it.”2 Montagu described the operation as she saw it practiced: “By scratching open a vein in the patient and putting into it as much of smallpox venom as could lie on the head of a needle.”2 Using inoculations to shield against the dreaded smallpox soon became the rage for over a century in England. But, accompanying the inoculations were disastrous results related to the use of unsterilized instruments and unhygienic procedures. So serious were the consequences of its use that “it was found necessary in 1840 to make inoculation in England a penal offense, in order to put an end to its use.”3 “The inoculation ‘superstition’ [became in due course] the chief medical curse of the eighteenth century. It sent multitudes to untimely graves, and permanently impaired the health of other multitudes…”3 (Peebles, 1913; Hodge, 1911)
As inoculations became dangerous, attention turned to the work of Edward Jenner in 1798 who introduced a variation on the inoculation process known as ‘vaccination’ in England. Jenner did not discover vaccination but rather adapted practices by the dairy maidens who used the pox of cows to inoculate humans against smallpox. According to Peebles, “Jenner was far from being a learned man… his medical degree was conferred with the simple preliminary, not of an examination, but the payment of a fee of fifteen guineas to the University of St. Andrews.”3

Jenner’s first vaccination was performed in 1787 and within 2 years his confidence in the procedure was strong enough that he used the procedure on his year-and-a-half old son. The ‘swine-pox’ he used was considered at the time as protective as cow-pox.3 Rinn reports that “in 1802 the medical profession, with but little scientific investigation, accepted the theory of vaccination of Dr. Edward Jenner and went before the House Commons in England and stated [Jenner’s vaccinations] granted immunity for life.”4 The popularity of vaccination was promoted by the aristocracy and clergy. The medical confusion that followed the vaccination rage can be illustrated by a long list of vaccines from many animal hosts concocted to fight off smallpox. Those who created them had no idea what was in the vaccine lymph and discussions and disputes persisted over whether cowpox transferred to a pig or a goat was actually the smallpox and not some other contaminating organisms such as syphilis or leprosy.

How Vaccines Were Made

In any case, the record at this time shows that how and why the vaccines were made was medically suspicious and alarmingly dangerous. According to Higgins:

…the living calf or heifer is first bound down on a movable tilting table, and its belly is shaved and on the clean, tender skin of a most tender part one or two hundred cuts or scratches are then made…and into these cuts or scratches is rubbed some ‘seed virus,’ obtained directly or indirectly from human smallpox, and other known or unknown human or animal infections.5

The animal would then develop a fever and become exceedingly sick. Vesicles and scabs form and “at the end of six days … the vesicles contain a quantity of pus”6 which is then harvested to create the vaccine. But just what infections this ‘seed virus’ contained seemed impossible to find out, and it seemed also that even the virus makers themselves there did not know definitely what they were using and making or would not state.5

The vaccine’s composition was obscured from the gullible public. The fact is that the vaccines were essentially “animal pus, which is animal tissue in process of decomposition or retrograde metamorphosis – a small remove from rottenness.”3 On examination of the early smallpox vaccines, various contaminants were discovered including syphilis, tuberculosis and microorganisms that had no relation to smallpox.6,7

In 1902, the British Medical Journal published the results of a study examining the bacteria in 500 specimens of vaccines collected from the British Vaccine Institute in which were found “12 different varieties of organisms more or less hostile to human life.”6 In order to sanctify the vaccine as safe, a means of “sterilizing or ‘bacteria-proofing’” was necessary for the manufactured vaccines.6 For a short period of time, a solution was found in glycerine.
Glycerine was a “byproduct of saponification of oils and fats.”6 It was added to the vaccines as protection against all of the unwanted organisms. Despite claims that glycerine did not have any germicidal action, glycerinated vaccines were used with abandon since the common belief was that glycerin was endowed with extraordinary powers of selectively sterilizing all the pathogens except smallpox.

This lurid history, though, did not deter the State Board of Health in Iowa, USA in 1894 from passing a decree that all school children must be vaccinated. A documented case points out a not uncommon, shocking outcome of a healthy 6-year-old girl who suffered from her routine vaccination.

Shortly after her vaccination with this ‘pure’ pus, her arm swelled and became inflamed and was soon covered with black spots. No pains or expense was spared to give her the best medical attention, but to no purpose. In a few days, her whole body was covered with similar spots; then they became putrid and … in less than a week, her sufferings were ended by death.3

Professor Wallace gives a list of 785 deaths “directly due to vaccines, yet which were officially returned as deaths from erysipelas.”8 Death certificates never disclosed deaths due to vaccinations. Vaccinations were viewed by the naturopaths as a “mere theory which needed actual proof by verifiable facts based on experience. Jenner had none to offer, and his disciples simply accepted his bold assertion without further investigation.”6

Next month, we shall investigate how early 20th-century naturopathic doctors dealt with the vaccination phenomenon.

Dr Sussanna Czeranko, ND, BBE, is a licensed naturopath in Ontario and Oregon. She is currently a faculty member in the Advancement Department at NCNM conducting historical research in its rare books room. She is applying these studies to the creation and delivery of an ongoing curriculum centered on nature cure, including balneotherapy and Buteyko, a Russian breathing therapy.

5. Higgins CM. Horrors of Vaccination Exposed and Illustrated: Petition to the President to Abolish Compulsory Vaccination in Army and Navy. Brooklyn, NY: The De Vinne Press; 1920. 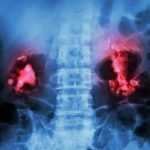