Following an emerging medical and health trend, gourmet meals such as the one above aim to support patients during conventional treatments by using selective nutrition that enhances the effectiveness of the therapy and reduces side effects. Specific nutrition is vital during treatment, according to studies from the Journal of Cancer Education (2015),1 the Journal of Nutrition (2014),2 and other peer-reviewed reports.3,4 This dynamic health trend is being coined as the “Lab to Table” movement. It purposely uses validated culinary therapeutics – as opposed to supplements – as a sensible and economical choice that does not interfere with the efficacy of conventional treatment strategies.

The “Lab to Table” Movement

This gastronomic trend uses what some are calling “wild gourmet” recipes, in which whole foods are selected for their ability to act as allies in health. Progressive chefs helping to shape this movement include Alice Waters, Jamie Oliver, Rene Redzepi, Daniel Patterson, and Ann Cooper. The University of Chicago Medical School and Tulane University Medical School, also noting the importance of nutrition, have both begun to incorporate culinary nutrition classes into their medical curriculum.5 Recent articles written about the use of specific diets and foods have been mentioned in such magazines as O (July 2015). What healthcare consumers, progressive and conscious chefs – and now medical school administrators and medical doctors – understand, is that the food we consume can either help to promote healing or promote disease. It makes a difference.

A great example of using food nutrition during long-term conventional therapy is with cancer treatment. Several studies have cited the importance of nutritional counseling and nutritional assessment prior to starting and during cancer therapy.1,3,4,6 Clearly, the objective of this trend is to decrease side effects of medications, increase quality of life, and improve outcome during conventional treatment without getting in the way of the effectiveness of the therapy.

As an example, we can look at the standard protocol used for breast cancer patients: a combination of doxorubicin, cyclophosphamide, and paclitaxel. Doxorubicin is an anthracycline antibiotic that works to stop cell division; paclitaxel is a plant alkaloid that acts to stop cell division; and cyclophosphamide is an alkylating agent that targets cellular DNA. Companion medications given to the patient include steroids during treatment and following the 2 to 3 days after chemotherapy infusion, as well as proton pump inhibitors – prophylaxis for acid reflux. All of these therapies can cause magnesium, calcium, and vitamin B12 deficiencies, as well as reductions in other vital micronutrients.7,8 In addition, they can increase protein turnover, resulting in decreased tissue repair and regeneration. Free radical burden is also increased in the body.

General common side effects of such drugs can include mouth sores (mucositis), fatigue, peripheral neuropathy, leukopenia (low white blood cell count), and decreased stamina.6 For patients with certain comorbidities, such as pre-diabetics and diabetes, blood sugar instability may also be associated with steroid use. In some instances, a patient who has been responding positively to chemotherapy can develop chemoresistence; in other words, the chemotherapy stops working.

The Role of Food Therapy in Cancer

Mitigation of these side effects all can be influenced by nutritional status and choices during treatment.9-11 Choosing meals containing foods that have a higher quantity of magnesium, calcium, and vitamin B12 is extremely useful. Quality of protein is also essential. Protein containing a higher amount of branched-chained amino acids and omega-3 fatty acids (such as those found in game meats like buffalo, elk, and deer) and plant-based proteins, supply nutrients preferentially used by the immune cells as fuel, and act as anti-inflammatory mediators. Specific wild mushrooms have been shown to assist with white blood cell activity and recovery.12,13 In truly synergistic fashion, some recent studies have shown the ability of omega-3 polyunsaturated fatty acids to reverse chemoresistance through a mechanism involving downregulation of cholesterol synthesis and altering the composition of detergent-resistant membranes.14,15

The meal listed at the start of this article provides an example of therapeutic foods for a breast cancer patient during standard chemotherapy treatment. The foods used contain specific nutrients that are helpful in combating the general side effects mentioned above.

We would also be remiss to not mention the psychological importance of food at this time. Food serves as a tool for self-empowerment, as well as a means of self-control for the patient, and the patient’s family and friends. It is the first thing that can be changed or manipulated outside the realm of conventional medicine. It is also a means of normalcy for time and place, for breaking bread with loved ones – an important factor in maintaining strength and peace of mind through cancer treatment. Nutrition also has a profound effect on mood and outlook during treatment. For explanations, one can think about the connection between gut health and mood, and the connection between protein deficiency and amino acid precursors of neurotransmitters. 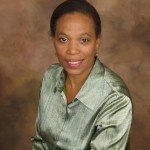 Lisa Price, ND, is a licensed naturopathic physician in WA (1999 – current), as well as an adjunct faculty member at Bastyr University. As an NIH research fellow (2005-2010), she investigated the immunological effects of a medicinal mushroom in normal immune systems and in women with breast cancer. Dr Price has written many articles on health and nutrition, including peer-reviewed papers and abstracts, and has presented her findings at scientific conferences. She is also a monthly health contributor on a radio show, discussing health issues associated with cancer and nutrition. Prior to becoming a naturopathic physician, Dr Price worked as a research scientist. She is also an environmentalist, and environmental justice activist, and is one of the founding members of the Seattle-based, non-profit organization, the Community Coalition for Environmental Justice. Dr Price lives with her family in the Pacific NW, but originally hails from NYC. 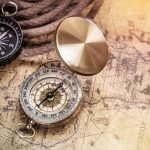 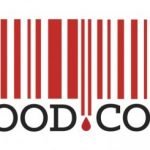 Book Review: The Blood Code- Unlock the Secrets of Your MetabolismBook Reviews