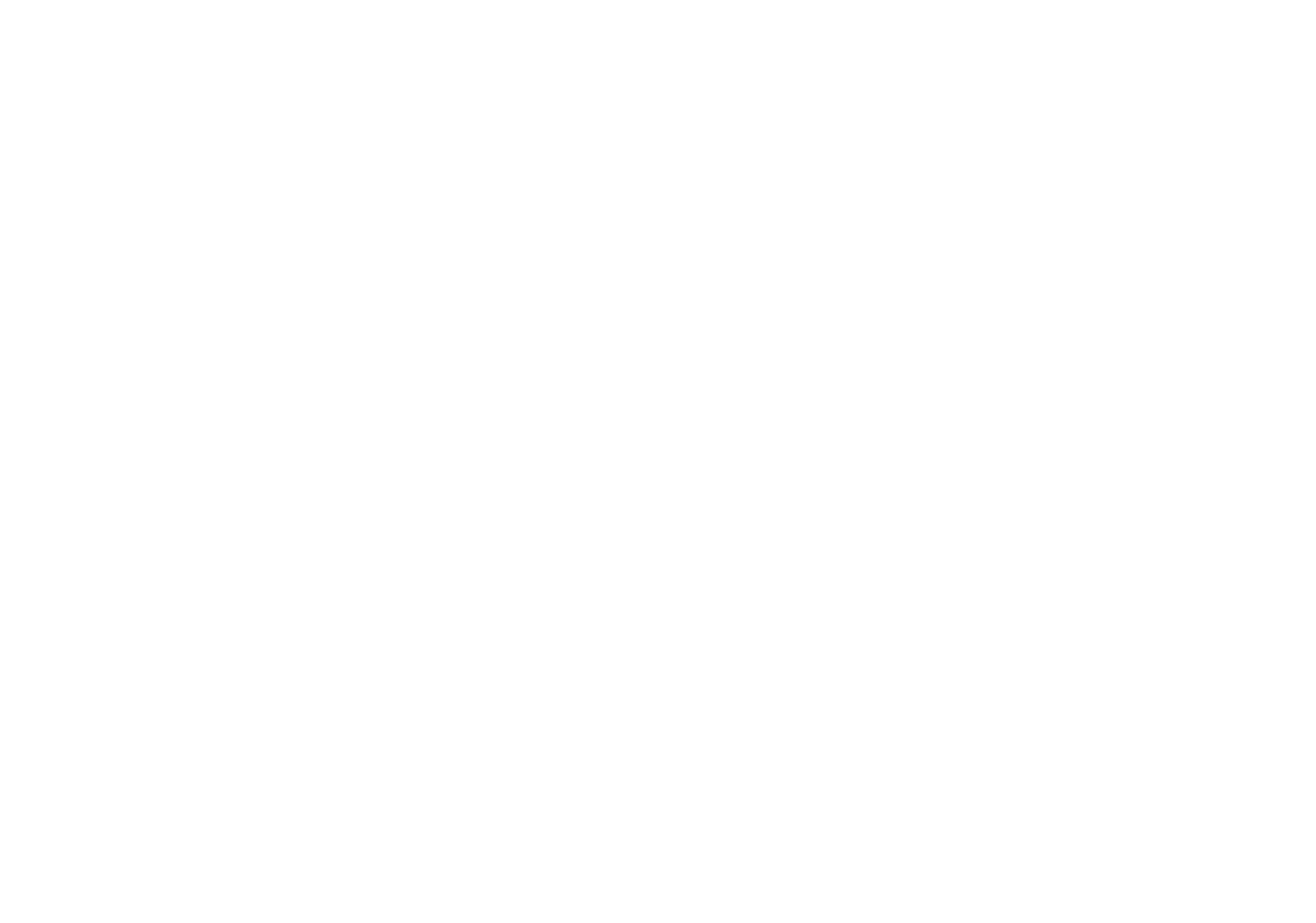 Heart Rate Variability: The Why, What, and How of HRV and Its Importance in Private Practice – Part 2

LF-Sympathetic (ANS) is the predominant frequency band. This can indicate a high (epinephrine, or adrenalin) response to stress. Prolonged stress can dysregulate neurohormonal balance, such as the DHEA/cortisol ratio. Catabolic metabolism is predominant in this state. This pattern is seen mostly in middle-aged adults.3In the August, 2014, issue of NDNR, we gave you the basics of heart rate variability (HRV), in Part 1 of this article. To reiterate, HRV is a reflection of the autonomic nervous system (ANS), which controls 90% of the body’s functions. The 2 branches of the ANS consist of the sympathetic and the parasympathetic, which regulate the slowing and speeding up of the heart rate through their influence on the sinoatrial (SA) node of the heart. Two aspects of HRV include Time Domain and Frequency Spectral Analysis. Frequency Domain (power spectral density) analysis describes the periodic oscillations of the heart rate signal decomposed at different frequencies and amplitudes. This provides information on the amount of their relative intensity (termed variance of power) in the heart’s sinus rhythm. Schematically, spectral analysis may be compared to the results obtained when light passes through a prism, resulting in lights of different colors and wavelengths. The power spectrum consists of frequency bands ranging from 0.003 to 0.4 Hz and can be classified into 3 bands: the very low-frequency band (VLF), the low-frequency band (LF), and the high-frequency band (HF).1, 2

HF-Parasympathetic (ANS) reflects high parasympathetic nervous system (PNS) activity. This is primarily seen in young adults and in athletes with high vital-force scores and indicates the ability to quickly recover after physical activity (anabolic metabolism is predominant).4 In non-athletes, however, this can indicate adrenal insufficiency, especially when combined with low vital-force scores and a high stress index.

VLF (central nervous system, or CNS) is a frequency that predominately reflects the limbic/thalamus (CNS) regulation. When VLF is the dominant frequency in young adults, a high level of psychoemotional stress is often indicated. (In older adults, it can indicate overactive catecholamine-renin-aldosterone production and increased metabolic imbalances.)3,5 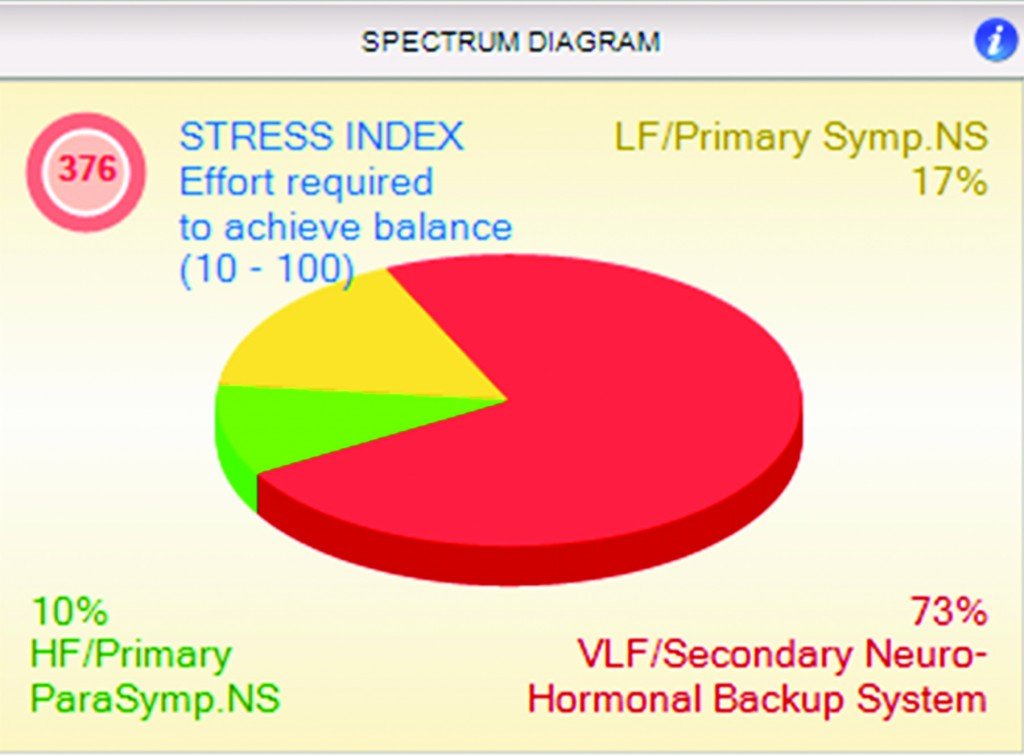 We find VLF predominately in the elderly population, where there is an association between VLF and metabolic syndrome, including glucose and lipid imbalances. Also common is HPA-axis dysfunction, joint inflammatory processes, hypertension, and/or neuropsychological issues.

Over time, in response to long-term stressors, the ANS calls in a secondary back-up system: the VLF or neurohormonal system (CNS). This system does not react as quickly as the ANS, therefore is less efficient as a regulatory system. Think of the autonomic nervous system (HF- and LF-frequency bands) as fast-speed internet, and the VLF, or the neurohormonal system, as slow speed (dial-up internet), snail mail. The ANS can quickly release its neurotransmitters on demand and then immediately degrade them in order to instantly change direction to meet the demands of the body, based on internal and external stressors. The VLF, or the neurohormonal system, releases its hormones into the bloodstream, where it takes time for them to reach target organs. Once a chemical message goes out, it can’t be retracted as quickly as it can in the ANS.3,5

What Happens in Aging

When we talk about aging, we are talking about increased CNS control over autonomic regulation, or a higher percentage of VLF (for those who do manual muscle testing, this would show up as blocked regulation) and diminished autonomic regulation (low HF and LF). As the brain ages due to oxidative stress and decreased blood flow to the brain, neural degeneration ensues. This equates to decreased neurotransmitters and neuronal interconnections, usually manifesting as VLF. The VLF-predominant person typically has an overactive renin-angiotensin system due to decreased glomerular blood flow, as well as an overactive aldosterone system, both of which contribute to endothelial damage, sodium/potassium imbalances, and increased blood pressure. An increased cortisol/DHEA ratio and insulin resistance are also common in these individuals.3,5

Over time, decreased blood flow to the brain reduces the inhibitory control over the sympathetic nervous system (SNS), located in the upper one-third of the brain stem. The only way to inhibit the SNS is to have a healthy cortex that can send signals down the pontomedullary reticular formation, to inhibit and balance the sympathetic input. But later in life, with high cortisol levels and neurodegeneration or injury, we lose this capacity to inhibit the SNS, and we return to a sympathetic-dominant state. This explains why with aging we have so much hypertension and very little PNS activity, as evident from HRV readings.

HRV and the Doshas

A VLF presentation looks a lot like a Vata dosha, from an Ayurvedic medicine perspective (Figure 2). These people are very dry and cold inside and are known to have a very sensitive digestive system. Their hormones tend to be low, and they are more prone to inflammatory symptoms, such as arthritis. Through spectral analysis of the ECG in heart rate variability, Russian scientists have equated VLF with the Vikriti, or functional-Vata dosha. Vikriti is a Sanskrit word loosely translated as a “changed condition of body, mind and consciousness.” In Ayurveda, it is most often used to describe your current state of health (or ill health) in comparison to your Prakriti, or “natural state.” 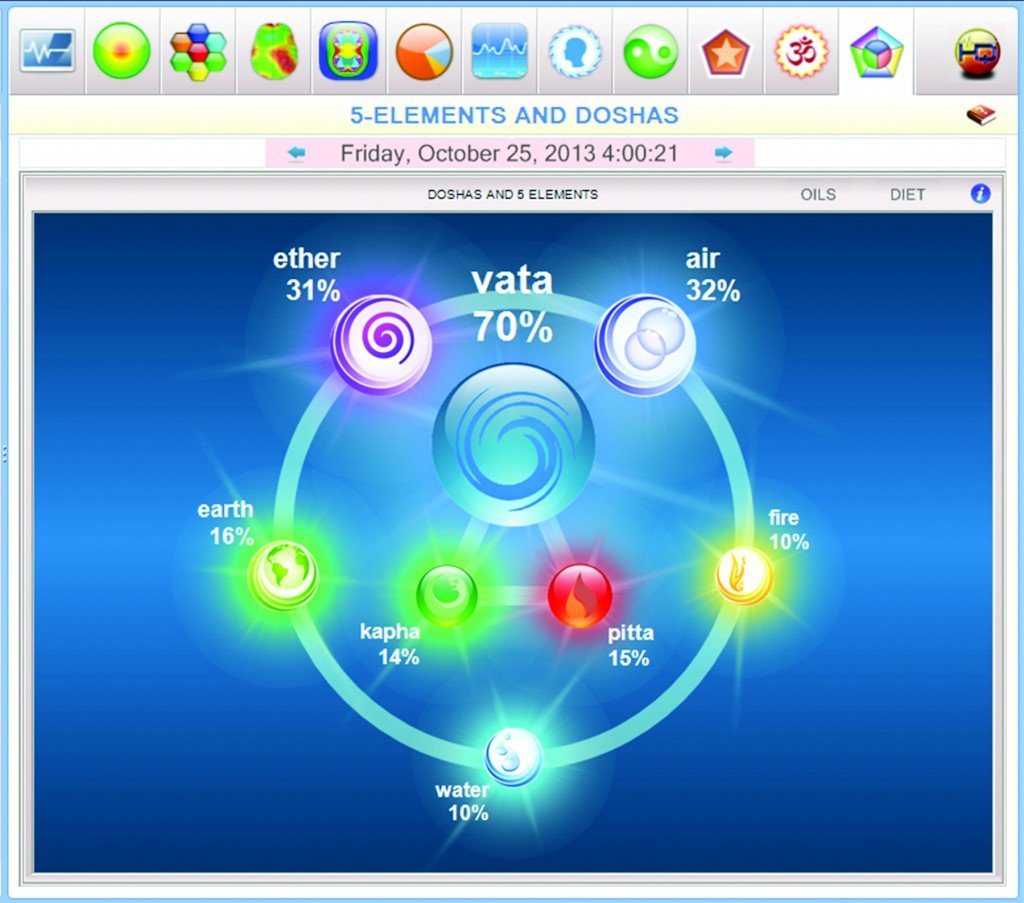 In our discussion of anti-aging, our goal in most cases is to find therapies that lower VLF. The LF, HF and VLF can be relative to age. When we come into this world, we are usually Kapha. As we go through mid-life, we tend to become more LF, or Pitta, as we push our energy reserves to raise children and develop careers. As we age over time, the VLF, or Vata dosha, takes over. When we note a VLF pattern in advanced HRV, our goal should be to reduce VLF and possibly increase HF, or parasympathetic activity. This would be true anti-aging! When looking at HRV scans, you will see rapid aging reflected by a higher percentage of Vata, or VLF; these patients have been observed to have a higher biological age compared to their actual age (Figure 3). 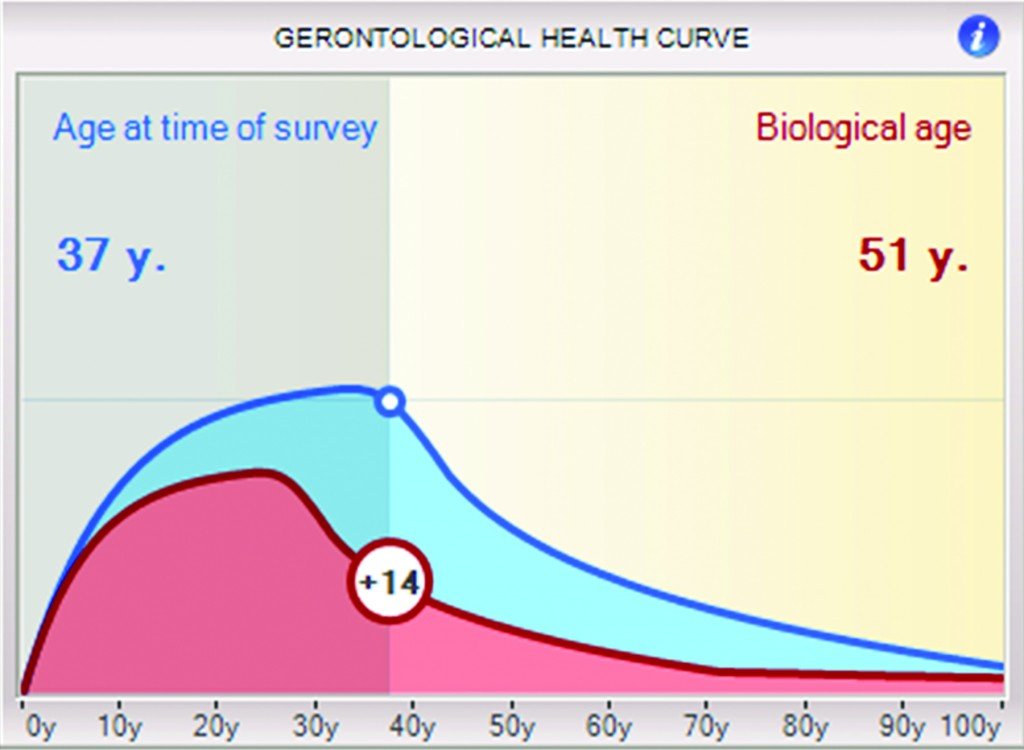 In the next issue, we will look at the other parameters of heart rate variability, such as the meridians, brain activity, and more. 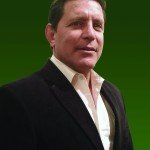 Michael Kessler, DC, CCSP, has 25 years of clinical practice, with a primary focus on nutritional and energetic therapies. He is highly experienced in the integration of advanced healing methods, systems and devices. Dr Kessler is the author of 4 books published through Lombardi Press: The 8-Day Detox Breakthrough; The New Medicine Cure; Doctor’s Home Remedies That Work; and New Breakthroughs in Natural Pain Healing. He has also written articles on a monthly basis for several years for a health newsletter for Lombardi. Dr Kessler has taught numerous workshops on a variety of topics for Designs for Health, Biotics Research, and Nutrienergetics Systems, and has lectured for the Academy of Complementary and Integrative Medicine. He currently teaches individual practitioners how to integrate a variety of modalities into their practices to help localize the core imbalances that are contributing to their patients’ health problems. 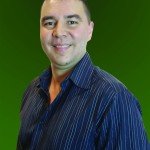 Javdat Karimov, MD, NMD, is a naturopathic  physician  with an MD background (Russia) in anesthesiology and emergency medicine. He graduated from National College of Naturopathic Medicine in 2003, and since then has maintained a  private practice in Portland, Oregon. Dr Karimov has over 20 years of clinical experience focusing on cardiology, Eastern medicine (Traditional Chinese Medicine), Ayurveda, Tibetan  and  Quantum  healing. Dr Karimov is actively involved  in researching  the health benefits  of  quantum  medicine. In addition to his clinical work, Dr Karimov is CEO of Global Health Solutions, where he designs and sells assessment tools for the healthcare practitioner. 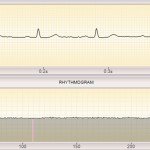 Heart Rate Variability: The Why, What, and How of HRV and Its Importance in Private Practice – Part 1Cardiopulmonary Medicine 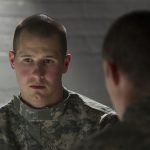