In Part 1 of this article (published last month in the May issue of NDNR), I discussed the evidence for therapeutic benefit of treating Small Intestinal Bacterial Overgrowth (SIBO) in rosacea, and the role of the microbiome in acne. In Part 2 of this discussion, we will examine potential benefits of treating SIBO and addressing the microbiome in atopic dermatitis, psoriasis, urticaria, systemic sclerosis, and skin cancer.

Recent advances in the understanding of atopic dermatitis (AD) have paved the way for the development of new strategies for the prevention and treatment of AD. As an example, there is increasing interest in the potential benefit of probiotic supplementation. It has been widely demonstrated that the human microbiota plays a fundamental role not only in the maintenance of intestinal homeostasis through the interaction between microorganisms and the innate immune system, but also in the microbiota-mediated development of adaptive immunity.1

In the last few decades, the prevalence of AD has increased, particularly among young children and individuals in both urban environments and low-income countries (Africa, East Asia).2 Over 20% of children in the majority of developed countries have AD.2

Imbalanced and disrupted intestinal microbiota in infancy and early childhood is a recognized risk factor in AD.3 The neonatal period is critical in terms of mucosal defense and immunologic priming, and the presence of aberrant gut bacteria (including reduced intestinal microbial diversity) during this time can have profound and lasting effects on immune maturation.3 The hygiene hypothesis, dating from 1989, has generally been confirmed by epidemiologic studies, animal models, and interventional human trials. The proposition is that a lack of early childhood exposure to symbiotic organisms and infectious agents, including parasites, increases susceptibility to allergic diseases by suppressing the natural development of the immune system.4

Several studies have confirmed that probiotics influence the numbers and diversity of intestinal microbiota and exert immunomodulatory effects.6,7

Translating these findings to intervention strategies remains a challenge.8

Although there are currently no published studies on associations between SIBO and atopic dermatitis, the last few years have seen increasing interest in the role of the skin microbiome in AD. A systematic review of 11 human trials and 6 animal studies, published in February 2017, showed that the skin in AD patients had low bacterial diversity and depletion of Malassezia species, as well as high non-Malassezia fungal diversity.9 Staphylococcus aureus and Staphylococcus epidermidis counts were elevated, while other bacteria were reduced, including Propionibacterium. A murine study suggested that epidermal dysbiosis is a driving factor in the pathogenesis of AD.9

The skin microbiome is as diverse as that of the intestine, with 500-1000 species per person.10 Most of these species are within the genera corynebacteria, propionibacteria, and staphylocci.10 Patients with psoriasis have significantly reduced diversity in their skin microbiome, but significantly increased numbers of Firmicutes bacteria.11 Th17-induced inflammation has been shown to play a major role in the pathogenesis of psoriasis, and this overactivation may be secondary to an altered skin microbiome.12

SIBO can also influence the disease. In a 2006 study of 55 psoriatic patients screened with H2 lactulose breath tests, 21% were positive for SIBO.13 Treatment with metronidazole or rifaximin successfully eradicated  bacterial overgrowth, normalized absorption, and improved the skin lesions of these psoriatic patients.

A high prevalence of celiac disease has been observed in patients with psoriasis, and a gluten-free diet has been shown to improve their skin lesions.14,15

An Italian study published in 2013 assessed associations between chronic spontaneous urticaria (CSU), Helicobacter pylori infection, and SIBO.16 Forty-eight patients with CSU were scored for urticaria activity and quality of life. Patients with H pylori infection (n=11) or SIBO (n=13) were appropriately treated for 1 week and clinically evaluated both before and 4 weeks after antimicrobial therapy. Eradication of H pylori led to significant improvement in CSU (p <0.002). However, eradication of SIBO was not associated with clinical improvement in CSU, despite these patients having statistically significant more urticaria activity at baseline.16

Progressive systemic sclerosis (SSc), formerly known as systemic scleroderma, is a systemic autoimmune inflammatory disorder affecting the skin and other organs, particularly the gastrointestinal (GI) tract; extensive fibrosis can lead to motor activity impairment. Malabsorption and pseudo-obstruction occurs in 44-88% of those affected, resulting in secondary malnutrition.17 This is one of the most common causes of death in SSc patients. Malabsorption is mainly caused by SIBO in SSc patients. Malabsorption is a poor prognostic factor, correlating with a 50% mortality rate at 8.5 years. Prevalence of SIBO in SSc has been reported in 30-62.5% of patients with GI symptoms. Eradication of SIBO was achieved in 52.4% of 22 patients with SSc, resulting in significant improvement of intestinal symptoms.17

Enteral and parenteral nutrition may be used to reverse severe nutritional deficiencies in these patients.  These methods are relatively safe and are associated with substantial evidence of success.18,19

In 2015 a study was published involving 125 consecutive patients with SSc who underwent testing for fecal calprotectin (FC; an intestinal inflammatory marker) and SIBO breath tests.20 Of these, 93 patients had elevated levels of FC (>50 μg/g); 68 of these patients had highly elevated levels of FC (>200 μg/g). A global symptom score of digestive symptoms, esophageal involvement, and delayed gastric emptying was highly correlated with elevated FC. A strong association was also seen between elevated FC and the presence of SIBO (as verified by glucose H2/CH4 breath testing), with the highest correlation between the presence of SIBO and an FC level of ≥275 μg/g; the sensitivity of an FC level ≥275 μg/g for predicting SIBO was 0.93, while the specificity was 0.95. Eradication of SIBO was achieved in 52.4% of the SSc patients, yielding significant improvement of intestinal symptoms. After 3 months of rotating courses of antibiotic therapy (norfloxacin/metronidazole), eradication of SIBO was also associated with a significant decrease of FC level in SSc patients.20

Skin microbiota may also impact skin cancer. Highly virulent strains of Staphyloccus aureus have been associated with cutaneous T-cell lymphoma.21 On the other hand, beneficial commensal skin bacteria can reduce inflammation via T regulatory (Treg) cells and enhance pathways of immunosurveillance.22 Oral intake of Lactobacillus is associated with reduced ultraviolet damage and reduced risk of skin cancer.23 As with other skin disorders, both topical and oral probiotics show promise for use in skin cancers.24 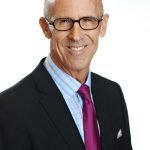 Michael Traub, ND, DHANP, FABNO, was inspired by his dermatologist father to become the leading expert in dermatology in the naturopathic profession. Dr Traub has taught dermatology at 5 of the 7 accredited naturopathic medical schools in North America and is the author of the textbook Essentials of Dermatologic Diagnosis and Integrative Therapeutics. He has been medical director of Lokahi Health Center in Kailua Kona, HI, for the past 32 years. He has also been actively engaged in clinical research throughout most of his career. Dr Traub’s most recent investigation is the “Efficacy and Safety of Kamedis Eczema Treatment in Children and Adults with Atopic Dermatitis.” 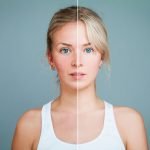 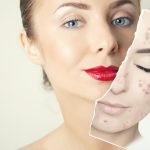