Use of Infrared Sauna Therapy: To Improve Clinical Symptoms of Chemical Toxicity

What is detoxification? This short question can have many long answers, especially for the ND. The New Webster’s Medical Dictionary defines it as, “To decrease the toxic properties of a substance; to remove the effects of a toxic drug.”

In essence, that is what we NDs are trying to do with all the various forms of detoxification and cleansing programs that we recommend to patients. To improve the body’s ability to remove toxic chemicals is at the heart of any detoxification program. In doing so, we remove the obstacle to cure and allow for the healing powers of nature to work more effectively.

The number of synthetic chemicals in the environment – more than 5 million by some counts (Kaur and OAND 2006; Environment Canada, 2007) – highlights the need for regular detoxification and cleansing to maintain and regain health. Numerous studies report on the levels of toxic chemical buildup in North Americans and have demonstrated that a number of these toxins are associated with serious health conditions (Toxic Nation Report, 2005). One study showed that in every individual tested, 88 different chemicals were found, 60 of these known to have negative effects on respiratory, immune and neurological systems (Toxic Nation Report, 2005).

Sauna therapy has been a part of traditional healing practices for centuries. The Greeks and Romans used bathhouses to both cleanse and detoxify. Native peoples have held healing sweat lodges to help purify themselves both spiritually and physically.

Until recently, European or Finnish saunas have been the type used extensively in North America, as they are more commonly known. Finnish saunas rely on electricity or steam to produce indirect heat to warm the body. The convection (air currents) and conduction (contact between hot air and skin) of hot air produces an increased temperature (75-95C/167-203F), warming the air first and then the body, producing increased perspiration. This increased air temperature and humidity increase cardiovascular and respiratory rates, making these saunas uncomfortable when used for long periods of time. This often prevents elderly and asthmatic patients, individuals who suffer from most respiratory or cardiovascular conditions, pregnant women and those with heat-sensitive conditions from using this therapeutic tool.

Infrared saunas use ceramic heaters that produce radiant heat. Radiant heat, unrelated to ultraviolet or atomic radiation, is a form of energy that heats objects directly without having to heat the air between. Radiant heat is also called infrared energy.

Infrared energy is invisible to the human eye, but can be felt as heat. This energy is measured in wavelengths. The most beneficial for human health is 4-14 microns in length. Infrared saunas emit these infrared wavelengths that cause a slight vibration of molecules, enhancing metabolic changes between cells and increasing temperature (Kaur, 2006). In this way, infrared saunas are able to achieve two to three times more sweat at much lower temperatures (45-50C/113-122F), increasing the tolerability of this therapy and the type of patients who can benefit from sauna therapy.

Both traditional and infrared saunas utilize the skin as the vector of elimination. The skin is the largest organ of detoxification, as its surface area can measure up to two square meters. The dermal layer of the skin is composed of connective tissue containing many blood vessels, lymphatic vessels and nerves, and is connected to the underlying deep fascia or bones by the subcutaneous tissue (Snell, 2000). Due to this proximity to the circulatory, skeletal and lymphatic systems, increasing the metabolism of these tissues with heat therapy increases the eliminatory actions of the skin.

Mercury, aluminum, lead, nickel and cadmium have also been shown to be excreted through the skin (Kaur, 2006; Peltonen, 1979). These toxins being drawn out through the skin are originating from the subcutaneous layers of adipose tissues, but it has been hypothesized that with long-term use of infrared sauna therapy, toxins deposited deeper in the body, in bones and internal organs, are able to be eliminated as well (Cohn and Emmett, 1978; Rabinowitz, 1976).

Infrared sauna therapy has been studied extensively and shown to be extremely beneficial for various conditions, many of which are exacerbated by an increased toxic burden.

There are some clinical conditions that are not suited for infrared sauna therapy.

In a small, placebo-controlled pilot study, Canadian doctors Sat Dharam Kaur, ND and Gordon Ko, MD set out to demonstrate whether environmental chemicals and heavy metals can be effectively eliminated from the body through perspiration induced from regular use of an infrared sauna.

Numerous environmental chemicals and heavy metals were evaluated via blood and urine before and after the study, and a regimented supplement program was instituted as part of the pilot study.

Participants underwent sauna treatments for 1-1.5 hours at a time for a total of 50 hours over the course of the study.

In a larger study in the U.S., it was shown that sauna therapy was a significant factor in the health improvement of many emergency workers affected by the chemicals and breakdown products encountered during the cleanup in New York after the bombing of the World Trade Center in 2001. Between September 2001 and September 2005, more than 500 men and women completed the Hubbard sauna detoxification regimen developed by L. Ron Hubbard in 1979 (Cecchini, 2007). This involved physical exercise; nutritional supplementation comprised of vitamins, minerals, electrolytes and oils; and 2.5-5 hours of sauna therapy daily. The average time to completion was 33 days.

After completion of the study, individuals reported 0.2 days per month of missed work or limited activities, down from 4.4 days of limited activity and 2.1 days missed work. An 84% reduction in medication use in those individuals requiring medications at the beginning of the program was seen, and an improvement in vestibular function, reaction time, blood cholesterol levels, thyroid function and an overall improvement in quality of life were also demonstrated (Cecchini, 2006).

There are a number of ways to use infrared saunas; numerous protocols are available. An ND-authored handbook outlines various protocols (Kaur, 2006), and other physicians have designed useful detoxification regimens, as well.

As naturopathic practitioners, we know that most patients have an elevated body burden of numerous toxic chemicals, and it is due to this buildup that we see many of the conditions we do. Regular detoxification programs using dietary modifications, supplements and lifestyle adjustments can help support the organs of elimination and reduce toxic accumulation. Adding infrared sauna therapy will improve outcomes in even the most toxic patient. 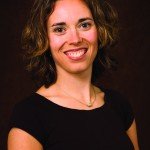 Wendy Davis, BKin, ND owns and operates Harmony Health Naturopathic Clinic in Orangeville, Ont. She has a family focused practice with special emphasis on sports medicine, endocrine and digestive health, and uses an eclectic mix of many naturopathic therapies with patients. Her recent work with The Millcroft Inn and Spa’s Naturopathic Detoxification Program has been an exciting experience that has successfully demonstrated the incredible benefits of all aspects of detoxification and cleansing programs.

Cecchini M and LoPresti V: Drug residues store in the body following cessation of use: impacts on neuroendocrine balance and behavior – use of the Hubbard sauna regimen to remove toxins and restore health, Med Hypotheses 68(4):868-879, 2007.

Environment Canada: Listing of NPRI substances for 2007, available at www.ec.gc.ca/pdb/npri/2007Guidance/substances_2007_e.pdf 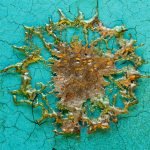 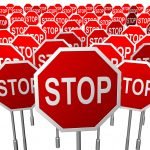