You may have noticed in 1 or more recent online articles that an effort seems to be in play to categorically discredit licensed naturopathic doctors. The public detractors are a tiny group of zealots who promote “science-based medicine” with a kind of religious fervor. The central attack against naturopathic doctors (NDs) is that they are not “scientific” enough. From there, these critics conclude that NDs are a hazard to public health and patient finances.

Science, as a reliable method of understanding our reality, must be unbiased. That is not the case in today’s biomedicine. Biomedical research is driven by an economic agenda aimed at selling pharmaceutical products. Esteemed medical journal editors report only a 50% chance of any newly-published result being reliable.1,2 It is magical thinking to believe that data and its analysis can be manipulated to produce a desired outcome on paper, and that reality will then conform to the fabrication.

The general medicine education received at naturopathic medical schools includes the same subjects from the same textbooks used by conventional medical students, with classes frequently taught by MDs and PhDs.3 Naturopathic medical schools provide many, many clinical hours of patient care in an ambulatory setting and receive full accreditation by the US Department of Education.4

What sets ND practice apart is the prime directive to dig into the how and why of each person’s health in order to identify and help modify root causes whenever possible. This takes time, patience, and problem-solving skills originating in everything that can be reasonably known about the patient and the medical sciences learned in the naturopathic professional education.

Another practice that sets NDs apart from the mainstream of their MD colleagues is that they regularly place biochemistry ahead of pharmacology.

Americans die at the rate of 126 000 per year6 from using pharmaceuticals, prescribed by their doctor according to the supporting science, and used as directed. This number makes the use of prescription drugs in medicine the 7th leading cause of death in the United States. This disturbing number is not far behind the more shocking number of medical mistakes in hospitals – the 3rd major cause of death.7,8 These 2 pieces of evidence point to the allopathic practice of medicine as one of the greatest health hazards of modern life.

Here are the top 12 causes of death in the United States, in rank order from largest to smallest:

Note that naturopathic doctors, their methods, and non-drug prescriptions are not on that list. In fact, NDs are not on any list of leading causes of death. In the state of Oregon, NDs have been licensed since 1927, yet there has been just 1 death reported within the past 60 years attributable to a treatment administered by a licensed naturopathic doctor.10

Regarding the harm to people’s finances, major medical expenses remain the leading cause of bankruptcy in the United States.11 Pharmaceutical companies hijack patient finances with high drug prices. Even the prices of generic drugs, long off patent, are routinely increased to outrageous prices.12 The most notorious recent example was brought to attention by the “Pharma Bro.”13

Whatever the motivations of these detractors of naturopathic medicine, the facts do not even begin to support the claim that their efforts are needed to protect the public from naturopathic doctors and their practice of medicine. The evidence is clear.

On a regular basis, patients under the care of naturopathic doctors experience relief from chronic health complaints that have plagued them for years. These and other positive outcomes are only possible with a sound knowledge of medicine and a firm dedication to naturopathic principles including Primum Non Nocere, ie, First, Do No Harm. 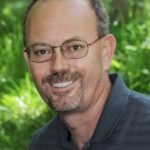 Jeff Clark, ND, is a naturopathic physician in private practice; he is also a co-owner of True Health Medicine, PC, in Tualatin, OR. A 2007 graduate of NCNM, Dr Clark had a previous career in Oregon high-tech engineering, and is a named inventor on 5 US patents. He is currently a board director for the Oregon Association of Naturopathic Physicians, where he is Chair of the legislative committee. Dr Clark currently serves as the first naturopathic physician on the Oregon Health Policy Board’s Health Care Workforce Committee. 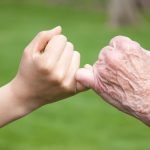