Drowned City Specialists and Gene Screeners: The Future Isn’t What It Used to Be for Naturopathic Medical Education

There are numerous drivers of change affecting the longevity and design of naturopathic medical education in North America these days. For example, genetics and information technology are disrupting medical systems and approaches almost every day. Pluripotent stem cell technology holds promise in the making of replacement tissues and organs for transplantation (watch for “regenerative medicine” to expand). GlaxoSmithKline’s recent experiment with stem cells and Alzheimer disease signals the kind of investment likely in this field (The uses of stem cells, 2013, p. 68). The spread of the Internet and digitalization is transforming delivery and protocols equally as fast. Meanwhile, the scrutiny on healthcare dollar expenditures and reengineering the highly commodified healthcare system in America is absorbing more political capital now that Mr Obama has been reelected.

A personal example of how dramatically these shifts can occur may be in order. Forty years ago this month, a friend of mine lost her job as the coordinator of a team of keypunch operators at a Canadian bank’s head office. These employees would “keypunch” tiny holes into cards that would be fed into a computer, processing data about deposits, loans, payments, and so forth. The future had seemed secure and friendly. Then suddenly someone invented the microchip, and the rest is history. Her job ended, but an entirely new career unfolded for her. She went on to become a “computer scientist.” Today, she works for Google at 10 times the pay (expressed in constant dollars) and, to cite her experience, “10 times the pressure.” Her experience is related as well to the meaning of the first two words of the title of this column. Those words translate: specialists in “drowned cities” rather than “city specialists” who inadvertently were drowned (say, by global warming floods). There are futurists who have already alerted those who will listen to build job descriptions like these for professions few people have ever heard of yet. The same phenomenon is before us in naturopathic medical education.

Take “gene screeners,” for example. Any young (or not so young) person looking for high-demand employment right now might want to check out the very few gene screener diploma programs out there and get his or her curriculum vitae into the healthcare market, where so-called personalized medicine (we knew what that meant a century ago; patient driven, the allopaths are catching on quickly, though) is ramping up into preventive mode. Systems biology and other new disciplines like in biotechnology, bioinformatics, cell biology, anatomical sciences, molecular pharmacology, and laboratory technology are carving out brand-new careers. In that emerging world, genetic screens will be as common as drug tests. For example, employers will need technicians to collect and analyze DNA as a normal part of choosing the best “human capital,” trying to screen out hires whose screens suggest a propensity for behaviors that could undermine productivity. Facebook already has a “get gene screener job” portal. Yikes. Human capital, as it is called, vibrates faster and faster in modern economies. That same shuddering shift is affecting how we have to plan and deliver naturopathic medical education for that same future.

For example, factored into how we put curriculum together is the reality that the average 20-year-old by 2025 will have not only used a computer frequently before starting kindergarten but will also be using technology none of us in 2013 have yet encountered. The Pew Internet & American Life Project has been studying this emerging world of education and social change massively impacted by the digital age. They wrote: “These young people are born into a digital world where they expect to be able to create, consume, remix, and share creations” (Horrigan, 2007, p. 49). The Pew Research Center is a nonpartisan data and analysis organization, a subsidiary of something called The Pew Charitable Trusts. The Pew Internet & American Life Project is one of seven under way at the Pew Research Center, which looks carefully at issues, attitudes, and trends shaping American and global society.

The PEW work on the Internet is especially important for those of us in the naturopathic medical education field who wonder about what the “millennial generation” will expect in terms of learning methodologies, tools, and outcomes going forward. In particular, the Pew Internet/Elon University (Elon, N.C.) survey (Quitney, Book, Donahue, & Scott, 2012) depicts a wild ride ahead. One thousand twenty-one survey participants (activists, commentators, researchers, Internet and web architects, technologists, policy experts, educators, information officers, and academics) had this to say about that future: “There will be mass adoption of teleconferencing and distance learning to leverage expert resources . . . a transition to ‘hybrid’ classes that combine online learning components with less-frequent on-campus, in-person class meetings” (Anderson, 2012, p. 52).

In related research released a year before that, Kim Parker noted:

Elon University School of Communications has recently provided summaries of earlier surveys that preceded their collaboration with Pew in 2012, which give us useful insight into what is emerging for educators dealing with a very different kind of learner. As reported in their “Imagining the Internet: A History and Forecast” (Quitney, Book, Donahue, & Scott, 2012) work, every aspect not only of student life but also of civil society will move through astonishing transformations arising because of the complex rollout of the digital age.

For example, we will see the current millennial generation transform into the “always-on generation.” They will have substantial ability to multitask. They already crave and expect instant gratification. They will be always “on” in their day-to-day lives. These learners will know how to access a wired world in which the web itself and “apps” will converge in the cloud as providers attempt to monetize online exchanges (not only e-mails and texts but also curriculum, webinars, and more). While the Pew research predicts abundant new applications that could span every discipline we teach, open access to knowledge may not be as exponential as the current attention to massive open online courses suggests. It will be a cashless world of e-wallets and smartphones, too, by the way, in which we will collect tuition, continuing education fees, and other revenue electronically, more and more. This has implications for the training of our business staff in relation to the shifts occurring in servicing Pell, Title IV, and Stafford loan processes, as well as private banking arrangements related to students. And, it will be a world of “gamification.”

Gamification (or making data accessible or usable in learning, game format), these survey experts contend, will dramatically affect curriculum design and delivery. A report (Burke, 2011) suggests that the sheer volume of data that our students (and workers) will be confronted with represent immense distractions in the form of online data and ubiquitous media. Persistence with information gathering, risk taking, attention to detail, problem solving, and creative solutions finding are all part of this emerging universe. Games such as Gamestar Mechanic, Knewton Math Readiness, Immune Attack, and Arden are strong examples of the emerging game content that will influence curriculum delivery. Arden teaches Shakespeare. Immune Attack teaches immunology. Gamification describes the broad trend of applying game mechanics to nongame environments such as innovation, marketing, education, training, employee performance, health, and social change (Burke, 2011, p. 18).

The uses of stem cells: Potent medicine: Stem cells may transform the development of new drugs. (2013, January 12). The Economist, 406(8818), 68. Retrieved January 17, 2013, from http://www.economist.com/news/science-and-technology/21569363-stem-cells-may-transform-development-new-drugs-potent-medicine 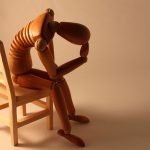 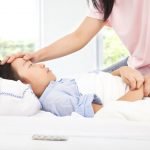 Nature Cure Clinical Pearls: To Fear or to Trust the Fever?Education