How Our Curriculum Took Shape

This highly useful model makes sense of the quarter century of curriculum development at most of our colleges. It helps us understand, too, the persistent model that the 35-40 courses of the four-year program invariably followed across that time. Simply described, our curriculum includes, at the front end of the student’s experience in naturopathic college, a “basic sciences” continuum of courses followed in second and third years by more specific attention to the “applied” modalities of the profession. These, then, constitute courses whose learning outcomes become the foundation for the culuminating practicum, clerkship or clinic internship.

The hegemony of western medicine, Schon (1987) and Bucher (1988) both maintain, had been sustained for a long time without overt coercion via regulatory frameworks with vested interests and the accompanying power relationships. Ideas about “power and resistance” and what Schon describes as “zones of indeterminacy in practice that call for artistry but are bound by institutional commitments” (1987, p. 115) may account for some of the eventual divergence from original curriculum practices at our colleges and a “drift” toward delivery methods that proved to be very similar to mainstream medical colleges. Initially, curriculum was a function of what the available clinicians, who were willing to teach, knew and focused on. In any case, the “outline of professional preparation” (Schon, 1995) rapidly emerged during the early 1980s into more formalized structures with time and place-bound learning, which was prescribed, documented and under constant review.

Among other powerful and inter-professional meta-themes in the gradual evolution of normative medical curriculum was the attempt to understand what the goal of professional preparation for medical practitioners needed to be. It could not, for example, be restricted to content only. Didactic and clinical skills were on the table. Whereas Richardson (1987), Murphy (1988), Larson (1968, 1977), Carpenter (1997), Coburn (1988, 1991, 1992), Bloom (1987, 1988) and Ludmerer (1999) would argue that the medical profession’s purposes are as economically motivated as health-oriented, the very question of what health is arises right in the middle of specific curriculum detail in courses ranging from pathophysiology to histology. The serious academic, economic, philosophical and clinical question about what health itself is is as present in the naturopathic medical education structures today as it was two-plus decades ago.

Leon Kass (1985) addressed this challenge over two decades ago, just as naturopathic medical education was finding form in an external accrediting framework (the CNME). In the end, Kass actually argued that it is not possible to articulate a definition of health. Thus, it is not surprising that Schon, writing about the “varied topography of professional practice,” identifies a crisis of confidence in professional knowledge, and warns us that “debates involve conflicting frames and are not easily resolvable by appeal to data” (p. 119). Kass wants the reader to consider how impossible it is to reduce a pathology or health to some least common denominator of mechanical understanding of cells and blood; that is, how difficult it is to decide what constitutes health. For example, that acetaminophen eradicates a migraine routinely does not constitute a condition of health. Acetaminophen’s toxic impact on the liver is well known by even the manufacturers of its leading brand, and its popularity as a magic bullet for relief has, as leading naturopathic doctors would explain, “masked its real purpose and confused the patient about what constitutes health and what constitutes the masking of symptoms” (Dr. J. Bland, Jan. 16, CCNM lecture, 2003).

The stasis is, some would say, not natural, and thus health is compromised. The naturopathic practitioners framing the curriculum of our early schools had an awareness of these kinds of questions and sought to address them in specific courses and seminars that the literature of the professions contextualizes the debates and curriculum struggles our early colleges experienced and have continued to encounter over their now four-plus decades.

With regard to the larger questions that recur in those debates and curriculum struggles, Dianne Cmich (1984), Mahesh Patel (1987) and Dorothy Lee Bamberg (1982) provide useful discussions that contrast the dominant Western medical model with holistic medicine and can assist in deconstructing some aspects of the curriculum choices that the college’s academic leaders felt compelled to make. In particular, Cmich, Patel and Bamberg provide tables or lists, embedded in principles about holism and features about holistic health, which enable the kinds of comparisons a normative curriculum would generate.

In this regard, Schon’s notion of “reflection-in-action” is very useful to get at what our college education leaders intended in the classroom and clinical curriculum they were formulating. As Schon explains, it is very difficult to separate identity from professional role. The founders of our colleges clearly wanted graduates not to separate their avocation from their personal values and way of life.

The question of what form naturopathic medical practice would take, as influenced and encouraged by the curriculum of the new school was, as I alluded to earlier, very much on the minds of the founders. They did not want their already besieged profession to flounder or to be marginalized. David Coburn’s work (1988, 1991, 1992) sheds light on this recurrent phenomenon of marginalization, specifically why naturopathic medicine and other CAM groups actually tended to be relegated to the periphery of primary health care during their 20th century history. While, as Coburn explains, Marxist writings on medicine “claim that medicine can only be adequately analyzed by situating it within the larger social formation” (Navarro 1976, 1978, 1983), the desire of the medical profession to be aligned with higher education and the world of the research university adds even more complexity to its formational history.

For example, Coburn describes the emergence of medical dominance in North America from the time of “bleeding, blistering and purging” to the later consolidation of medicine in the era of antibiotics, the power of the pharmaceutical corporations and the primacy of research. A further example is that the struggle of the nursing profession to be “separate but equal” is part of Coburn’s history here too, as is medicine’s emphasis on cure rather than prevention and cure grounded in credible research.

A key element of the work of Gort and Coburn (1988) is their careful consideration of a biomedical model grounded in scientific medicine and research. They also provide a history of the formation of naturopathic medicine (most particularly in Ontario, but generalizable to American colleges) with valuable insights into the role of chiropractic in that drama. Indeed, in many ways the chiropractic profession has been quite successful in emulating, embracing and institutionalizing those aspects of professional formation and higher education critical to the development and sustaining of a profession in civil society. In particular, the chiropractic profession has embraced medical research as a priority. The naturopathic profession has only recently headed along that road, but has done so with increasing speed.

Bloom A: The Closing of the American Mind: How Higher Education Has Failed Democracy and Impoverished the Souls of Today’s Students. New York, 1987, Simon and Schuster.

Bloom S: Structure and ideology in medical education: an analysis of resistance to change, Journal of Health and Behavior 29:294-306, 1988.

Coburn D: Legitimacy at the expense of narrowing of scope of practice: chiropractic in Canada, Journal of Manipulative and Physiological Therapeutics Jan;14(1), 1991.

Coburn D: Freidson then and now: an internalist critique of Freidson’s past and present views of the medical profession, International Journal of Health Services 22(3):497-512, 1992.

Gort EH and Coburn D: Naturopathy in Canada: changing relationships to medicine, chiropractic and the state, Social Science and Medicine 26(10):1061-72, 1988.

Larsen D: The education and regulation of naturopaths in Ontario. A study for the Ontario Committee on the Healing Arts, Unpublished mimeograph, 1968.

Ludmerer KM: Time to Heal: American Medical Education from the Turn of the Century to the Era of Managed Care. New York, 1999, Oxford University Press. 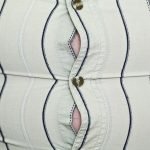 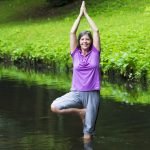 While Standing on One Foot …Unipedal Standing and the Treatment of OsteoporosisAnti-Aging, Education, Geriatrics, Pain Medicine