Research and the University Model: Their Roles in Naturopathic Professional Formation

It is not surprising that the literature about how medical professions take form reinforces how important research is to establishing and sustaining a primary care medical profession. There is pressure on the naturopathic profession from all quarters to generate research. In our schools, this is difficult to muster since the costs are great and our resources, mainly from student tuition, are small. The literature of the professions attests not only to the critical importance of this priority in professional formation in the healthcare sector, but also to the interdependence of the primary healthcare professions with suppliers of the products and instruments of medicine that grow out of such research (Ludmerer, 1999).

The operational and political dimensions for the formative years of our schools in North America made this research challenge sticky as well as complicated. While the naturopathic profession was calling for more research capacity and action, it did so while donning the garb of the university professional schools. A reflective practicum and curriculum simply did not fit snugly into the existing research system and capacity of the naturopathic college. With Veblen’s formulation of the ancient hierarchy of fundamental and applied knowledge in mind, but taking into account what Schon (1987) describes as “the split between the technically rational world of the disciplines, on the one hand and, on the other, the reflection-in-action of competent practitioners,” the challenge for the planners and implementers of our various higher education, naturopathic medical colleges was formidable. Research as a priority, though, has not served the primary healthcare practitioner at all times (Ludmerer, 1999).

We have to be careful not to lose our roots and direction. It is all too easy to slip into what Joseph Ben-David (1977) considers a “narrow definition of professional education” (p. 32), one that would propel naturopathic graduates into a world of research, practice and respectability, but within a CAM landscape that relegates naturopathic medicine to the role of a “complementary profession to the mainstream allopaths” (Eisenberg, 1998). There can be a patronizing edge to this location in the research and higher education landscape, an edge we do not need or want.

Arguing that there needs to be an “intrinsic relationship between a field of specialized knowledge and an occupation” (p. 32), Ben-David acknowledges the primacy of “appropriate and accompanying research,” but he also focuses on “consistently demonstrated endurance and responsible behavior” as the hallmarks of a reliable, responsible professional, notwithstanding any “excellence and volume in research.” Ben-David clearly points out, too, that this “frame” has invariably been linked to a classical education in the past.

Importance of Research and of Practice

His ideas are surprisingly aligned with the ideas espoused by the founders of our various schools and programs. For example, at CCNM (called OCNM then) in the early days, Drs. John Le Plante and Gordon Smith, early leaders of the Canadian school, recognized the importance of research but raised a family flag. They wrote in 1979, “our new school must graduate responsible doctors, for whom research is important, but the patient is more important, and the principles of naturopathic medicine are most important” (letter to the regulatory board, 1979). Ironically, the proprietary nature of the new school and the direct links to “serving the needs of the profession” meant that some aspects of their admonition did not take root. Some observers felt that it was only when professional education was entrusted by governments to “academic institutions rather than to apprenticeship and courses organized by the professional associations” (Ben-David, 1977, p. 37) that a shift away from the priorities of the profession as a body of practitioners with social and economic objectives began to occur. Our naturopathic college leaders have long noticed this pattern.

The historical record shows (Ludmerer, 1985) that in mid-19th-century England or America, classical learning (literature, rhetoric, philosophy, languages, history) had been an important foundation piece for entry to the professions such as law, medicine or the clergy. It took the courageous efforts of leaders such as Charles Eliot (Harvard), William Pepper Jr. (Pennsylvania), James Angell (Michigan) and Daniel Gilman (Johns Hopkins) to overcome the furious opposition of medical faculty such as Oliver Wendell Holmes and Henry Jacob Bigelow to establish a far higher entry standard, curriculum standard and practicum or “clerkship” standard for medical education. In fact, despite its attributed legendary impact on reforming American medical education, the Flexner Report was not the key catalyst to change but, rather, a chronicle of change.

During this same period of transformation, the pillars of which have strongly influenced the pattern and goals of naturopathic medical education, “scientific knowledge based on research” become the framework for professional practice early in the 20th century, particularly among those four institutions: Harvard, Pennsylvania, Michigan and Johns Hopkins. Flexner’s Report damned the state of medical education in America, but it was a new class of medical academics in places like Harvard and Johns Hopkins who set the bar. Significantly, the German-based training of these early medical academics reflected a new approach to how medical education should be designed. The AMA didn’t see it at the time, nor did the dozens of proprietary medical schools, including the eclectic and homeopathic institutions. However, the four institutional leaders of this initiative persisted and shaped medical education for generations to come.

In this regard, the naturopathic medical colleges emerging in America since 1956 were consistently in line, gradually embedding bio-medical sciences into their core curriculum and committing more and more effort to medical research over the years. Bastyr, in particular, pointed the way by the mid-1980s. CCNM’s research department and NCNM’s Helfgott Institute continue this momentum.

In any case, the aspiring naturopathic professional has long had to go to a university for initial training, especially in the bio-medical sciences. The university, and not the small, proprietary school, was seen as the only institution where, as Ben-David points out, “scientific and scholarly education on an advanced level [could] be acquired” (p. 56) and where “academic teacher-researchers” train the aspiring professionals (reflecting the best practices of the German and British educational systems). As Ben-David explains, though, “academic credentialism” is a “serious threat to higher education,” threatening to “empty scientific professionalism of its contents and undermine its charisma” (p. 69). The point is that the founders of our schools have all at some point in the development of their schools been caught up in an enduring question about the need for professional education to be increasingly scientific and for the need to include training in research as part of the core curriculum.

The naturopathic colleges in Canada and their counterparts in the U.S. are surprisingly aligned with scientific professionalism, despite protestations about holism and “natural” health systems and treatment designs. Schon (1987) describes as normative curriculum a sequence of structured learning in which students spend almost two full years in a basic sciences curriculum followed by applied science, and then a technical skills practice continuum that the naturopathic colleges call clinic. This continuum is completely consistent with professional allopathic schools and engineering faculties, to name a few. Schon points out, too, that “the relative status of the various professions is largely correlated with the extent to which they are able to present themselves as rigorous practitioners of a science-based professional knowledge and embody in their schools a version of the normative professional curriculum” (p. 9).

Schon is not the only one to address this recurrent theme. Elliott Krause (1999) also helps with an interpretation of the numerous naturopathic college documents that demonstrate a subtle interplay among commitment to a nature cure tradition in modality and practice, a purposeful focus on bio-medical science and research as part of the emerging naturopathic colleges’ important mission to build the profession in North America. There is also strong evidence of direct pressure from practitioners to import “new approaches, new therapies, new medicines” (Krause, 1999) as these became available and known.

Schon’s position that the contemporary professional school’s normative curriculum (he explains this dynamic with examples from musical performance, psychoanalytic practice and consulting) often “leaves no room for reflection-in-action,” an aspect of research. This concern recurs in the literature as students of professional formation and medical history explore the tension between the practitioner and the medical academic, particularly in terms of the primacy of research.

Krause’s contentions (1999) add some light to this multi-faceted conversation. His ideas help us to see that the various dimensions of what he describes as “guild power” could well apply as much to the naturopathic profession as to any other group that strives to create institutions around its work. Power comes, Krause says, through dimensions of power over association, workplace and market. Added to these is power over the relation to the state. The naturopathic profession appears to fit into this political and social process quite handily. Although it’s not clear that the educational institutions naturopaths and others created in Oregon, Washington, British Columbia, Ontario, Illinois, Connecticut and Arizona have become “a version of yet another scholars’ guild” (Krause, 1999), or that the naturopathic profession has plugged right into a capitalist model as depicted by Krause, certain elements are present in the history of the development of our schools, and we should be aware of that part of the history of the professional formation of naturopathic medicine.

Next month we shall examine another subtle edge in this conversation: the increasing use of ideas and content from naturopathic medical education in other research disciplines, such as the sociology of knowledge. This development is an intriguing barometer of how strongly ensconced in North American, Australian and Western European Union scholarship our medicine has become in the last two decades.

Ludmerer Kenneth M: Time to Heal: American Medical Education from the Turn of the Century to the Era of Managed Care. New York, 1999, Oxford University Press.

Hersov et al: Letter to the regulatory board, BDDT-N, June 1979. 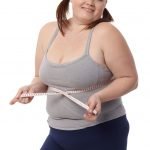 Be Your Best Self: A Healthy Lifestyle Change and Weight Management ProgramEducation, Gastrointestinal, Mind/Body 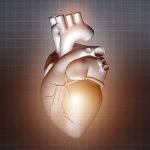