Albert, a 60-year-old male, came to my office in 2011 with chief complaints of joint pain, headache, gas and bloating, and a significant history of Crohn’s disease that he had been treating for 2 years by following the Specific Carbohydrate Diet. His labs showed that he had an obvious case of macrocytic anemia that he was not told about from his primary care doctor who ran the labs. His red blood cells (RBCs) were low at 4.58; mean corpuscular volume (MCV) was high at 97.7; mean corpuscular hemoglobin (MCH) was high at 33.6; and the mean corpuscular hemoglobin concentration (MCHC) was normal. In addition, his 25-OH-vitamin D level was in the ”normal,” but not optimal, range at 36 mg/dL.

Beneficial Effects of the SCD and GAPS Diets

The Specific Carbohydrate Diet (SCD) and its nearly interchangeable cousin, Gut And Psychology Syndrome diet (GAPS), both attempt to eliminate complex carbohydrates from the diet. Based on the work of Sidney Valentine Haas, MD, the theory behind this restriction is that complex carbohydrates take longer to digest and absorb, thereby feeding non-beneficial bacteria of the intestine. The imbalance of bacteria is what causes the ailments for which these diets are recommended, including not only Crohn’s disease but also ulcerative colitis and celiac disease. GAPS originators additionally suggest that it is helpful for a variety of psychological concerns such as autism, depression, dyslexia, ADD/ADHD, and schizophrenia. GAPS is essentially a refined version of SCD that is also embraced by the Weston A. Price Foundation, known for its emphasis on traditional foods.

Since Albert was diagnosed in 1985 with Crohn’s disease, he suffered for months at a time, then would go into a brief remission before it started all over again. He used cortisone enemas plus oral prednisone during the flares. He refused to take the anti-TNF medications, infliximab and adalimumab, but started and is still currently taking mesalamine (400 mg), at 3 pills BID instead of TID, as well as mercaptopurine (50 mg), at one pill daily instead of the typical 1.5 pills prescribed. Mesalamine is an anti-inflammatory aminosalicylate commonly used for gastrointestinal inflammation. Purinethol/6-mercaptopurine is an immunosuppressant drug used for acute lymphatic leukemia, but is commonly prescribed for off-label usage in Crohn’s and ulcerative colitis.

In 2009, Albert discovered and started the SCD and began the early phase of just consuming chicken, chicken broth and pureed carrots. The day after starting the diet plan he reduced his trips to the bathroom by 60%. Albert soon added in fermented foods like sauerkraut and kimchee that he made himself. Gastrointestinal dysbiosis is definitely correlated with inflammatory bowel diseases, but studies have yet to tease out if dysbiosis is the cause or the effect of these ailments.1 Sauerkraut and kimchee are the most beneficial fermented foods for gastrointestinal healing because they not only provide probiotic bacteria that can be out of balance, but the cabbage is also an excellent source of glutamine, a premier energy source for gastrointestinal cells.

Interestingly, a recent study showed improvements in intestinal permeability in both the group given glutamine and the active control group given whey protein.2 Sauerkraut can be made by layering raw cabbage with salt or whey and allowing it time to ferment. I suspect that a study in which participants were given the whey-fermented sauerkraut would have even greater improvement than with glutamine or whey separately.

The next big addition to Albert’s diet was his own homemade yogurt. Luckily, he had been a baker for 22 years and definitely knew his way around a kitchen. Originally, his starter was an expensive powder that he bought, but he soon realized that a package of plain store bought yogurt worked better as a fermenting agent. And, his yogurt was made from organic whole milk, although I suggested he switch to organic whole raw milk.

Raw milk has a 5-fold protective system that destroys pathogens with lactoperoxidase, stimulates the immune system with passive immunization from immunoglobulins, builds a healthy gut wall, prevents the absorption of pathogens and toxins in the gut, and ensures the assimilation of all the nutrients.3 Turning this healthy food into a fermented food just increases its benefits with the addition of probiotic bacteria such as Lactobacillus acidophilus, which also break down the protein, casein, that seems to cause so many problems. However, adding dairy to an already damaged gut is not the first step in either SCD or GAPS diets. Once the gastrointestinal tract has had a chance to heal, then dairy can be reintroduced in this form to see if the patient can tolerate it.

Both SCD and GAPS utilize broths, but it seems as though GAPS relies on it more as the primary food throughout the treatment and beyond. Traditional diets utilized bone broths to extract the minerals from bone, and gelatin and cartilage from the connective tissue. The gelatin and cartilage not only help nutrients become more absorbable, but also repair the gastrointestinal tract along the way. Nutrient deficiencies in patients with Crohn’s disease are common, due to the damage of the gastrointestinal wall, as well as diet restriction.4 Anything that we can do to increase the absorption of nutrients will benefit these patients.

Gelatin alone was used traditionally for increasing the digestibility of milk, beans, meat, wheat, oats and barley – all things that today are notoriously hard to digest for many of our patients, especially those with Crohn’s.5 In addition, gelatin is a hydrochloric tonic, correcting both deficiencies and excesses and helping foods to break down more efficiently.6

Bone broths can also alleviate much of the secondary damage that Crohn’s disease can cause. Long-term prednisone use can lead to osteoporosis, for which the extracted minerals are extremely valuable. The joint damage from chronic inflammation can be repaired by the glucosamine and chondroitin from the cartilage. And the high levels of glycine can support the production of the supreme antioxidant, glutathione, helping liver detoxification pathways to decrease the total body burden of various modern toxins.

We added a 5000-mcg sublingual B12, a multivitamin/mineral, and 4000 IU’s worth of vitamin D drops. The patient’s untreated macrocytic anemia was most likely due to the inflammation that most Crohn’s sufferers have in the terminal ileum where B12 is absorbed. Sufficient vitamin D status (>30 ng/mL) is associated with a reduced risk of Crohn’s disease,7 and although Albert was in the sufficient range, our therapeutic goal was to move his 25-OH-vitamin D into the optimal range of 50-80 ng/mL.

The patient noticed an immediate improvement in fatigue. Since the symptoms of headache, gas, and bloating started around the same time as when he recently ran out of his homemade yogurt, I did not recommend that he add in a probiotic, but simply reintroduce the yogurt. He had also experienced some joint pain for the previous 6 months, and was told that fish oil may be of benefit for him.

Albert has been mostly gluten-free since beginning the diet. He had recently experimented with a soaked, organic heirloom wheat, sourdough bread found at a local bakery in Buffalo, New York. He had no reactions after consuming one-half of 1 slice that was toasted. Four days later he tried again with a sandwich made with 2 slices, which brought on some intestinal discomfort. Although we had not run any IgG antibodies to wheat at any point in his course of treatment due to the limitations on getting alternative labs in New York State, I suspect that his levels are still elevated based on this reaction, and he was advised to keep up the gluten-free diet. Foods that have an IgG response in the body can provoke the symptoms of damage and inflammation of the gut tissue in Crohn’s disease.8 Therefore, food allergy tests, or elimination and reintroduction diets, are extremely important in the development of any treatment plan.

Since initiating the diet, he has had long periods of being completely symptom-free, and the few flares he does have will last about 1 week instead of months. His last flare was 1 year ago in 2012, and lasted about 1 week, with only the addition of some ibuprofen for 3 or 4 days for pain. Albert was also very happy to report his results from the most recent colonoscopy. No polyps were found at all, even though every previous colonoscopy had shown new growth. He was told by the gastroenterologist that he should come back in 3 years.

At the time that I met Albert, I was moderately aware of the Specific Carbohydrate Diet and just barely introduced to the Gut And Psychology Syndrome diet. After seeing his progress, as well as others for whom I have recommended these dietary plans, I firmly believe that traditional foods and some dietary restriction hold a great deal of healing power and are in line with naturopathic principles. 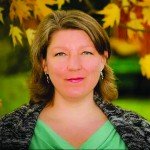 Jennifer Williamson, ND is a graduate of Southwest College of Naturopathic Medicine, class of Spring 2009. She has seen patients in Buffalo, NY since graduation, but moved in 2012 to practice as a primary care physician at Avalon Natural Medicine of Vermont in Burlington. Dr Williamson is also an adjunct faculty professor at Daemen College where she teaches Introduction to Naturopathy, Herbal Studies, and Foundations of Homeopathy in the Complementary and Alternative Therapies program. 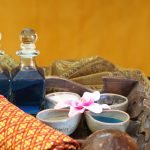 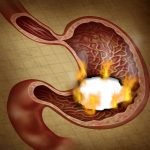 A Case of Peptic Ulcer Disease: Healing the Digestive Tract with Traditional NaturopathyGastrointestinal