A Second Look at Ruta

It has happened hundreds of times. Peering out into the reception area, I’m met by a contorted expression and a pain- and effort-laden grunt as a patient hobbles towards an examination room. The story line, of course, ends in a description of opposing forces offering a lasting physics lesson to the affected limb.

Homeopathy is the medicine of experience. In this situation, the challenge is to translate the language of suffering into a well-proven remedy to accelerate healing. Immediately, I’m reminded of my college class in first-aid prescribing. I once again attempt to move through the laundry list of symptoms in the differential diagnosis of sprains. I convict this person of being guilty of arnica, rhus tox or bryonia. If that doesn’t work, I will probably default to ruta.

One evening last week, I turned in desperation to reading old homeopathic journals after suffering the disappointment of realizing I had seen all the scheduled episodes of “CSI.” Scrolling through past International Hahnemannian Association issues from 1950, I came across the following:

A 45-year-old mail carrier strained the inner side of the right knee by a twist of the foot outward. He was compelled to rest it for four weeks. Making a partial recovery, he resumed work. Soon after, he had an attack of pneumonia and had to rest it some more. But the lameness continued to interfere with his work, so he consulted an orthopedist of note. Split cartilage with fluid in the joint was the verdict of the X-ray and an operation was urged. As occasionally happens when a patient is confronted with what seems an emergency, a homoeopath was consulted.

What was discovered: The knee pains and gives way when descending stairs or walking on rough or soft ground. Sometimes the knee bends backward sharply while walking. The pain is worse from any jar or unwanted motion. The joint felt dry. Ruta 1M was given.

The case is reminiscent of many knee-sprain accounts and Ruta certainly crossed my mind for “sprain,” but suddenly I realized this old friend was really a stranger. I didn’t actually know this remedy but used it as a kind of shadowy default in my own ignorance. So I resolved to skip a few more episodes of “CSI” in hopes of sharpening a clinical tool by study.

In Kent’s material medica notes, he tells us the symptoms of Ruta are difficult to classify. He says we must know the nature of the remedy. When I stop to think a bit, this is quite a bombshell. The man who finalized the structure of our most-used repertory tells us the repertory won’t really help pick out this remedy! So how are we to approach learning the “nature” of this remedy? Thank goodness for computers. We now have the ability to put our feet up and run through a series of material medicas with just a few clicks.

The symptoms of Ruta in provers came on slowly or were”delayed in onset.” The patient who really seemed to injure or overdo it seemed to escape without discomfort. But a week or more later was struck with severe achiness. Joint nodosities develop only so long after injury. Hard nodules develop on bruised bony areas that seem very slow to resolve or remain tender. They may only remember the possible etiology after prompting. This particular point has proven invaluable to me as a clue in considering Ruta. Especially where the ache or bruised sensation is on thinly covered parts (ankles,wrists,shin,joints). The sciatic nerve and intercostals muscles.

The pain is often better for pressure (lying on a painful back) and gently moving after a period or rest. The patient becomes restless with the pain (like rhus tox where more vigorous motion seems to help). Cold damp weather aggravates.

The tissues around the affected joint is tight and shortened, and when stressed by weight bearing, a weakness is felt and the characteristic lameness, especially on ascending or descending( ex. stairs), occurs in the lower limbs. This can also be felt as a painful instability in the affected joint as in the case above where there is a painful, sudden backward bend to the knee. Parts lain on may seem bruised (arnica). Pain in the sprained wrist can be described as going transversely across the joint area.

Although the bruised, achy sensation is most common, don’t get too hooked into it. Kent tells us that almost every descriptor of pain may apply. It is the etiology, the onset, the parts affected, lameness and the modalities that especially define this old (new) friend. 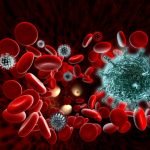