An Interesting Case of a Well-known Remedy

Andrew was concerned. Despite being someone who sported a broad smile and a warm attitude, he was worried. Was he headed for a stroke? For 1 year, he had been experiencing apparently random episodes of rushes of blood to the head and chest, accompanied by heat. Anxiety was a constant companion. It is not easy to be newcomers to a country and be the major breadwinner for a family unit.

Since the flushes, Andrew has been diligent about keeping track of his blood pressure. When his diastolic measures in the range of 90 to 95 mm Hg, his headaches will act up. They tend to be quite severe and not easy to cope with at all.

I needed to question these headaches for any detail I could disclose. Headaches are well represented in the repertory. So, if I can just get some very peculiar descriptors, then I know the chronically needed remedy is not so far away. Andrew described the following characteristics:

Andrew added: “But, Doctor, I cannot close my eyes with the headache. It becomes unbearable.” In addition, his nasal polyps blocked up the nose.

As is, nothing stands out on the repertory chart. Certainly the symptom of headache that becomes worse on closing the eyes is very compelling. On further questioning, I discovered it was so reliable that if the headache occurred in the evening and lasted (ie, if he did not succumb to medications), he could not sleep because that involved closing the eyes. I think that this detail elevates the peculiarity of this symptom. Let us revisit the repertory chart now:

Andrew is a homeopathic student (oy vey) and so had dosed himself on many well-considered remedies. The stress can be a lot; when it is, Andrew says: “Do not even look at me.” He has prescribed for himself Aconite, Belladonna, and Ferrum phosphoricum, and so far they just aggravate things. Ferrum phosphoricum may have given a bit of help.

Recently, Andrew had dreams of being back home in Hura, Israel and of having shots fired through his front door. He said: “Back home, my father was an army officer, and every spring I would suffer from the dust of the harvest. There would be shortness of breath and lots of yellow expectoration, all worse in the evening.”

Andrew said he had come to Canada in 1995 and began policing: “I needed to gather courage, so I worked like a horse to prove I could compete. Since 2001, I have known I am pushing myself too much. Since 2001 (September 11), I have felt discomfort in the left lower rib cage. I thought it was my heart, but they said it was anxiety. I am constipated; I have a ‘never done’ feeling (better with Nux vomica 30). I disliked tight clothing around the abdomen at that time.”

So, Andrew does have a strong discomfort in the left hypochondrium. In fact, he notes that all symptoms seem more left sided.

After taking Phosphorus, Andrew’s thirst increased, and so did urination. He might wake at night with palpitations and an awareness of the heart. Often, he wakes at 2 or 3 am.

There is, he admits, a strong anxiety regarding his health. He jerks at night on falling asleep quite reliably.

On working out, it seems that Andrew does not have the internal strength he once had. When he feels weak, he gets very irritable.

He has to be very careful with his sensitivity to lower back pain. It is aggravated when lifting and stooping. When the pain is present, he is worse rising from a chair and worse turning in bed.

Historically, Andrew would be chilled in the morning, but he says he enjoys cool air, and there is no sensitivity to draft.

I felt torn. Clearly, Nux vomica is high in every consideration. However, Andrew is okay in the cool air, yet he does have a history of early morning chill.

For me, the most striking aspect is the worsening headache when closing the eyes. I have never seen that characteristic, especially to this striking degree. I insist that this individualizes my case. As far as the rest goes, I put my chips on the jerking on falling asleep and the worsening back pain when turning in bed as being a close runner-up in the horse race of peculiarity.

Nux vomica seems to be the best fit. I have given Nux vomica 200 for 3 months now, and our patient is much better overall. Andrews reported no headaches or flushes to the previous degree at all, overall at least 80%.

The most peculiar and identifying symptoms always seem relevant. Thanks, Hahnemann. 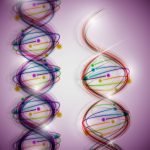 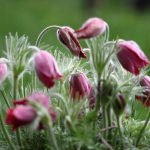 Win a Few, Lose a FewHomeopathy