Of the 85 unique ingredients, many of them are known as endocrine-disrupting chemicals (EDCs) due to their interference with hormonal balance. Additionally, new research shows that although these chemicals primarily affect fertility, they can also play a part in obesity and coronary heart disease.

This review will specifically focus on the effects on phthalates, bisphenol A, triclosan, and parabens on male health, as these EDCs are most often found in personal care products.

Phthalates are diesters used in plastics to improve elasticity and pliability. Because they are not bound to plastic via covalent bonds, phthalates can be absorbed by the body; they have been found in fluids including blood, breast milk, saliva, and urine. Based on how they accumulate in the body, phthalates can be classified according to their weight – high-molecular weight (HMW) and low-molecular weight (LMW).3 Although HMW phthalates bio-accumulate less than LMW phthalates, they’re not as prominent in personal care products. LMW phthalates include di-butyl phthalate (DBP), dimethyl phthalate (DMP), and diethyl phthalate (DEP) – all of which have been found in personal care products.

According to a review by Talsness,4 the male reproductive tract is sensitive to phthalates. Studies in animals have shown that phthalates can induce testicular injury, as well as alter Sertoli and Leydig cells. Interestingly, the metabolites of phthalates exert more reproductive effects than the diesters themselves.

In 2012, Olsen et al7 evaluated the relationship between circulating levels of common phthalate metabolites and cardiovascular risk factors in 1016 elderly subjects in Sweden. It was determined that the metabolite MMP (from DMP) correlated with LDL-cholesterol and an increased risk of coronary heart disease.

Bisphenol A (BPA) is used in the manufacture of polycarbonate products and epoxy resins. Humans are most often exposed through oral ingestion of food which has been stored in containers using BPA-containing linings.8 Exposure to BPA can also occur via drinking water from plastic water bottles or from contact with thermal paper or household particles. It is present in bodily fluids and tissues and is excreted in the urine. BPA is structurally similar to 17β-estradiol, thus can bind to estrogen receptors. This can promote insulin resistance, pancreatic beta-cell dysfunction, adipogenesis, oxidative stress, and inflammation.8

In 2011, Carwile and Michaels9 used data pertaining to 2747 adults, ages 18-74, from the 2003-2006 National Health and Nutrition Examination Surveys, to determine the effects of BPA on the incidence of general and central obesity. Overweight and obesity were defined as a body mass index (BMI) of 25-29 and >30, respectively. Urinary BPA concentrations were found associated with general and central obesity. Participants whose BPA concentrations were in the upper BPA quartiles had a greater BMI, on average, compared to those with BPA in the lowest quartile. Participants in the upper 3 BPA quartiles were also found to have a 3.64-3.98-cm larger waist circumference, as well as an increased likelihood of being classified as abdominally obese compared to those in the lowest BPA quartile. Although this was observed in both men and women, associations were strongest in men.9

Aekplakorn et al10 examined serum BPA levels from the 2009 Thai National Health Examination Survey. BPA was found in 78.1% of the samples (2135 out of 2581). Serum BPA levels were significantly higher among diabetics and those with impaired fasting glucose, compared to individuals with normal blood glucose. BPA levels were also higher in men than in women. Future studies are needed to help to confirm this association.

Although most BPA enters the body through oral ingestion because of its primary presence in food products, a recent study from Hormann et al11 demonstrated significant BPA absorption through the skin from direct contact with thermal paper (ie, receipts) following the use of hand sanitizer. Some hand sanitizers and other skincare products contain mixtures of chemicals, some of which are used as dermal penetration enhancers to increase the transdermal delivery of drugs. This study mimicked aspects of behavior of individuals at a fast-food restaurant. Holding a receipt for 45 seconds immediately after using hand sanitizer (hand still moist) resulted in maximum absorption of BPA (581 µg BPA). Holding the receipt for 2 or 15 seconds resulted in 40% and 58% of maximum BPA absorption, respectively. Serum unconjugated BPA was also increased after using hand sanitizer and then immediately handling thermal paper and eating 10 French fries with the contaminated hand. This increase was more marked in females than males. Finally, it was observed that when thermal paper was handled without using hand sanitizer, less BPA was transferred to the skin (as compared to baseline).

Although the majority of BPA is not found in personal care products, these studies suggest that some of these products contain chemicals that increase dermal absorption of BPA, which in turn may increase the risk of obesity and diabetes.

Triclosan, an ester, is commonly used as an antimicrobial agent in personal care and health care products including: toothpaste, antibacterial soap, shampoo, and deodorant. It is absorbed mainly by the dermal and digestive routes.

In a study conducted by Zhu et al,12 the urine and semen of 471 Chinese men were analyzed. Triclosan was found in 96.7% of urine samples. In 26.8% of subjects, an inverse association was found between urine triclosan concentration and the number of forward-moving sperm. Interestingly, participants with the lowest triclosan burden (<0.66 ng/mg-1) showed the most significant changes in sperm parameters, including low sperm concentration (4.5% of men), low sperm count (5.7% of men), and lower percentage of morphologically normal sperm when compared to healthy sperm (as defined by World Health Organization guidelines). As triclosan levels rose, the association between triclosan and semen quality parameters decreased, possibly suggesting a saturation point in the body for triclosan effects.12 This study was the first to demonstrate that low exposure of triclosan significantly impacts semen quality.

Parabens are commonly used as antimicrobial preservatives in cosmetics, food products, and pharmaceuticals. They primarily enter the body through dermal absorption and are largely excreted in the urine, though can remain in the body’s adipose tissue. Parabens are classified as EDCs, as they have weak estrogenic activity.13

There are 4 types of parabens: butyl-, ethyl-, methyl- and propylparabens; the methyl and propyl forms are most commonly used as preservatives in cosmetics. No research has been done to determine the effects of parabens on men’s health, although it is postulated that parabens may interfere with testicular mitochondrial energetics and disturb sperm function.14

While various studies have looked at EDCs’ effects on men’s health, only a limited number of studies have investigated EDCs in personal care products used by adult males. A 2017 systematic review15 noted among Western studies a significant decline in sperm concentration (52.4%) and total sperm count between 1973 and 2011, and with no sign of leveling off. While this study did not look into causes, the increased use of environmental chemicals over the past couple of decades is likely a contributing factor. More research is required to determine the extent of EDCs’ effects on male health including fertility, as well as how to educate males about why and how to avoid them.

A 2016 study16 of 100 female adolescents demonstrated that replacing commonly used personal care products containing EDCs with EDC-free counterparts for 3 days could reduce urinary concentrations of these disruptors. This study was unique in that it taught the young women about these chemicals and their health effects. At the conclusion of the study, 71% of the participants indicated that they would purchase personal care products free of endocrine disruptors, and 23% of the participants assessed their regularly used products for these chemicals.16

It would be fascinating to look at a similar study using male adolescents, including whether their purchasing habits would change based on EDC education. Men generally purchase products to solve a problem, in contrast to women who believe that beauty is a lifelong investment.17 If men come to realize that their health may be at stake – especially their fertility – they may begin to purchase and use safer products. As part of our initial intake, we should therefore assess which products our male clients are regularly using and educate them about what EDCs – what they are, how they can affect their health, how to look for the chemicals on package labels, and what alternative, safer brands exist. 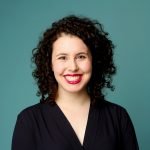 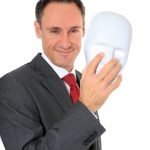 Getting Behind the Mask: Improving Quality of Care for Male PatientsMen's Health 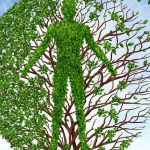