Arsenic in Well Water Could Contribute to Low Birth Weight

From University of Illinois Chicago

In the largest epidemiologic study of arsenic and birth outcomes to date, researchers from the University of Illinois Chicago and collaborating institutions estimated arsenic levels in U.S. private well water sources by county and compared estimates to documented birth outcomes. They found an association between estimated groundwater arsenic concentration and risk of low birth weight.

The findings, which are reported in the journal Environment International, suggest that efforts to reduce arsenic in private wells could help more babies be born at healthy weights, particularly in rural areas.

Arsenic is a natural element that, in some forms, is highly toxic when consumed through contaminated water used for drinking, food preparation or crop irrigation. All public water systems in the U.S. are required to monitor arsenic levels, but private wells — which are used by 14% of people in the country — are unregulated. As a result, there is limited comprehensive data on the extent of arsenic contamination and associated health risks in the U.S.

“While we have known that arsenic is dangerous, this lack of data on exposures from private wells has left some U.S. communities disproportionately vulnerable to adverse health events from the contaminant,” said study co-author Maria Argos, associate professor of epidemiology and associate dean for global health at the UIC School of Public Health. “Developing a method to estimate these exposure risks was the first step in understanding the true exposure risk for all people living in the U.S.”

Using several machine learning algorithms, the researchers characterized the probability that specific ranges of arsenic concentration occurred in groundwater sources in nearly all 3,000-plus counties in the conterminous U.S.

“These machine learning models are based on data collected by the USGS from over 20,000 private wells located throughout the U.S.,” said Melissa Lombard, hydrologist at the U.S. Geological Survey, who is also a co-author of the study. “The models allow us to estimate arsenic in areas where there are no data. The development of the models was a collaboration between hydrologists and epidemiologists to explore connections between arsenic exposure from drinking water and human health outcomes.”

Probabilistic model estimates and private well usage data were linked to all live birth certificates issued in 2016. The researchers compared the models to data on birth outcomes, which are tracked by public health departments, looking at gestational age and birth weight.

While there was no observed association in gestational age, there was an inverse association with birthweight, even at moderately low levels.

The model predicted that counties with a higher probability of private well arsenic concentrations exceeding 5 micrograms per liter were associated with a birth weight 1.8 grams lower than average. Similarly, counties with a higher probability that private well arsenic concentrations exceeded 10 micrograms per liter — the standard followed by the federal government — were associated with a 2.8-gram reduction in birth weight, compared to average.

The researchers said the association they found is somewhat limited because the analysis was based on estimates of exposures rather than individual-level measured exposures, but the limitations of their model may be an underestimate of the true association.

“Birth outcomes are an indicator of health and chronic disease risk throughout the lifespan, and the results of our study offer evidence that building awareness of exposures and expanding testing resources in communities that rely on private wells should be a public health priority,” Argos said.

The research was funded by the USGS John Wesley Powell Center for Analysis and Synthesis working group “Linking environmental and public health data to evaluate health effects of arsenic exposure from domestic and public supply wells.” 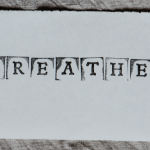 Most People Over-Use Inhalers for AsthmaMind/Body 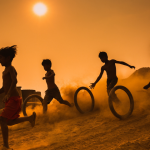