Post-traumatic stress disorder (PTSD) can be associated with significant anxiety and depression that decrease the patient’s quality of life.1 Due to their rapid-acting effects, benzodiazepines are commonly prescribed for anxiety disorders. This class of medications, however, is typically contraindicated in the case of trauma-related anxiety because these drugs have been shown to worsen aggression and depression and cause an overall exacerbation of PTSD symptoms.2 For this reason, alternatives to benzodiazepines are especially needed for this patient population.

The typical presentation of chronic PTSD includes an early onset of symptoms following traumatic event(s).1 Risk factors for the development of PTSD include childhood trauma, exposure to 4 or more traumatic events, female sex, prior mental disorders, fewer years of schooling, and previous exposure to interpersonal violence.1 There are also physiological predictors of PTSD, such as elevated heart and respiration rates and low serum cortisol.3 When exposed to stimuli that remind the individual of their previous traumatic event, they tend to experience flashbacks, anxiety, disassociation, and/or violent responses.1 Typically, people with PTSD avoid their triggers in order to prevent these flashbacks, which leads to hypervigilance and withdrawal. Lastly, those who experienced trauma earlier in childhood tend to have more severe dissociation, somatic symptoms, and suicidal behavior.4 PTSD is seen as a chronic condition for most patients. Individuals with PTSD are also more likely to have comorbidities, including depression, anxiety, substance abuse, personality disorders, and cardiovascular and/or metabolic disease.3 Due to its body-wide effects, PTSD must be treated from a whole-body perspective.

There are various models for understanding the pathophysiology and etiology of PTSD. When patients with PTSD undergo magnetic resonance imaging (MRI), the most consistently affected brain areas include the anterior cingulate, amygdala, hippocampus, and insula.5 These brain areas are most involved in fear response learning, memory formation and retrieval, autonomic responses, and emotional control.5 Other studies have shown hypothalamic-pituitary-adrenal (HPA) axis dysregulation plays a pivotal role in PTSD. Patients with PTSD show elevated corticotropin-releasing hormone levels despite lowered cortisol.6 Due to this dysregulation, some of the afferent pathways that normally shut down HPA-axis activation are not exposed to cortisol; this leads to further sympathetic nervous system activation.6 Additionally, cortisol is needed for extinction of memories, and its dysregulation contributes to inability to properly process and store fear-based memories.6

The following case report explores the benefits of natural interventions to treat severe anxiety and depression symptoms secondary to PTSD in 30-year-old female who declined standard-of-care interventions. The physiological changes in cortisol associated with PTSD are particularly relevant to this patient because her symptoms greatly improved with the implementation of herbs and amino acids known to support cortisol regulation. Additionally, improving her mental health status resulted in relief of many of her physical complaints.

MB, a 30-year-old Caucasian female, partnered, and parent of a young boy, presented to NUNM’s clinic to establish primary care services. Her occupation as a stay-at-home mother contributed to limitations in terms of financial resources. MB presented with a variety of complaints, primarily fatigue, anxiety, and depression. During our initial encounter, she revealed a history that was significant for trauma, including sexual abuse by her father and again as a teenager by a different assailant, physical trauma, and homelessness following the death of her mother at age 8. MB experienced a severe car accident in 2005 for which she did not receive medical treatment. She reported that since this time she had been unable to complete educational or occupational tasks. To better assess the severity of her depression, a 9-question Personal Health History (PHQ-9) questionnaire was administered, which revealed severe depression. The patient declined completion of a questionnaire to assess anxiety at her initial visit; however, at a subsequent visit a 7-question Generalized Anxiety Disorder (GAD-7) questionnaire revealed severe anxiety. The patient displayed many core symptoms of PTSD, including poor mood and disturbed sleep. She also reported cardiovascular symptoms of syncopal episodes, with exercise intolerance and palpitations.

Family history was remarkable for anxiety, depression, and substance abuse, and there was no evidence in her family history of bipolar disorder or mental health disorders with psychotic features.

The patient appeared well developed, appropriately groomed, and matching her stated age. She was withdrawn in the office. Physical exam findings – including cardiopulmonary, neurological, and thyroid – were unremarkable.

Considering the patient’s history and exam findings that ruled out organic etiologies for her presenting complaints, a diagnosis of depression with anxiety and insomnia secondary to PTSD was the most likely, according to Diagnostic and Statistical Manual-5 (DSM-5) criteria.7 The patient met most of the criteria for PTSD, including exposure to death, sexual violence, disassociation, withdrawal from social situations, and intense feelings of shame. The most likely etiology for her condition was her history of abuse in addition to the death of her mother. Adverse childhood events including abuse have been shown to predict development of PTSD.4

No specific lab tests are indicated for PTSD; however, cortisol dysregulation is a common manifestation of PTSD, thus warranting a measurement of total serum cortisol.6 HPA axis dysfunction has been well documented in the literature for most mental health disorders. Although this patient’s serum morning cortisol was within the reference range, it was low-normal, which could be considered suboptimal. Additionally, the patient’s cardiac symptoms warranted work-up to rule out anemia and electrolyte disturbances, which is why a CBC, ferritin, and comprehensive metabolic panel were ordered. The only abnormality found was low ferritin, which can contribute to anxiety and depression, but is unlikely to be the only cause. An association has been shown between low ferritin levels and increased risk of depression, likely due to reduced serotonin production secondary to depleted iron stores.8

MB’s most severe symptom was anxiety. In some cases, benzodiazepines may be considered for severe anxiety and panic; however, benzodiazepines have been shown to be ineffective for treatment of PTSD.2 A more appropriate pharmacological approach for this patient would have been a selective serotonin reuptake inhibitor, serotonin and norepinephrine reuptake inhibitor, buspirone, or gabapentin.2Although pharmacological options were presented to the patient, she declined these treatments in favor of natural interventions.

The use of Lavandula officinalis (lavender) oil preparation has been compared to paroxetine for treatment of generalized anxiety disorder. Results from this study showed that lavender was more efficacious than paroxetine in reducing anxiety and depression.9 Moreover, the herbal treatment produced fewer adverse drug events (ADEs) compared to the pharmaceutical.9 Due to the severity of symptoms in this patient, 2 softgels per day were recommended, totaling a dose of 160 mg/day of the Lavandula officinalis essential oil.

To support the HPA axis, the patient was also prescribed a proprietary herbal and nutritional supplement containing Withania somnifera (ashwagandha), L-theanine, phosphatidylserine, and Magnolia officinalis. The ingredients that were most relevant for this patient were Withania and L-theanine. This supplement was indicated for its ability to regulate the HPA axis, which, as discussed, is particularly important in treating PTSD, since cortisol levels are often low.6 In studies, Withania has been associated with improvements in both stress tolerance and sleep quality. Triethylene glycol, an active ingredient in Withania, has been identified as the calming constituent that aids in sleep onset and sleep maintenance.10 Withania has also been shown in adults to reduce perceived stress, anxiety, and depression.11 This and another study demonstrated similar results and without any evidence of serious ADEs in the treatment group.11,12

L-Theanine, an amino acid found primarily in green tea, has been studied for its effects on both anxiety and insomnia. L-theanine supplementation has been shown to lower salivary cortisol, perceived stress, and heart rate when participants had to complete a stressful cognitive task.13,14 The proposed mechanism of action of L-theanine is its ability to inhibit the binding of L-glutamic acid to glutamate receptors in the brain. In a review of the psychotropic effects of L-theanine, the authors commented that L-theanine has anxiolytic properties for both acute and chronic conditions.15 Most studies demonstrated that L-theanine improved anxiety and stress outcomes along with depression and sleep quality.15 L-theanine has been well studied as an anxiolytic and sleep promoter, which is why it was a good fit for this patient.

The HPA-axis support supplement was initiated as the first treatment to address the cortisol dysregulation as evidenced by MB’s history and lab findings. Initially, the patient did not note any benefit from it; however, she admitted to increased psychological stress at the time of initiating the supplement. Due to anticipated delays in shifting cortisol patterns, an immediate response was not expected, and the goal was for improved cortisol awakening curves over time. Three months later, the Lavandula essential oil was initiated for additional anxiolytic support. At a 2-week follow-up, significant benefit was noted, including improvements in sleep quality, energy levels, appetite, and ability to interact with others.

The patient declined to complete anxiety and depression inventory questionnaires at her visit following the initiation of Lavandula; however, in the office she appeared calmer and less withdrawn than she had been in prior visits. She also stated that her episodes of syncope had resolved. She denied any adverse reactions to the treatment plan. Unfortunately, she still had not received extensive therapy for her history of trauma; thus, we continued to advise her to seek trauma counseling.

The greatest strength of this case was the patient’s motivation to follow natural therapy treatment recommendations. Another strength of the case was the available literature for Lavandula officinalis, Withania somnifera, and L-theanine. Although there is limited literature for herbal treatment of PTSD, there is ample literature for herbal support of anxiety, depression, and regulation of the stress response. Some of the available studies had small sample sizes and short treatment windows, but most were placebo-controlled, double-blind, and conducted on humans. There were no studies that combined Lavandula with other herbal supplements; such studies would have been useful to provide information about herbal synergy.

One challenge in this diagnosis is that the primary-care PTSD screen for DSM-5 was never used for this patient. Office visits focused mainly on helping the patient cope with her mental health disturbances, rather than talking about specific flashbacks and avoidance of traumatic triggers. An additional challenge was the inability of the patient to seek mental health care at a trauma center due to financial constraints. On the behavioral health shift at NUNM, she was evaluated largely by student clinicians. She would have benefitted from working with a more experienced provider.

The limitations of this case were the lack of follow-up with the patient and her unwillingness to repeat PHQ-9 and GAD-7 assessments to provide objective information. Further follow-up appointments would have provided opportunities to track her process and refine her treatment plan.

The most important lessons from this case are that pharmaceutical treatment is not the only option for treating severe mood disturbance and that improvement in mental health is associated with improved physical health. Herbal supplements can be a powerful and useful alternative to benzodiazepines. Herbs such as Lavandula can be highly effective, and their side-effect profile is limited. In patients with PTSD, benzodiazepines are largely contraindicated; Lavandula can provide relief and without any risk for addiction. Additionally, although treatment was more focused on relieving her anxiety and depression, it did lead to cessation of her syncopal episodes and improved appetite. The patient stated that her health goals included thriving rather than just surviving; addressing her mental health in addition to her physical complaints was the most effective approach toward this goal.

Alli Erdahl is a medical student at National University of Natural Medicine (NUNM), in Portland, OR. Alli’s background is in biology and Spanish, with interests in mental and women’s health. When she is not studying, Alli enjoys Acro Yoga, hiking, and spending time with her husband and two dogs.

Jessica Nagelkirk, ND, is a graduate of National University of Natural Medicine (NUNM), in Portland, Oregon, where she has served as faculty for nearly a decade. She practices primary care medicine with an emphasis on integrative mental health working collaboratively with a multidiscipline approach. 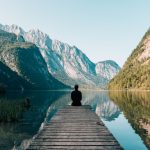 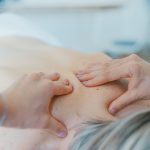