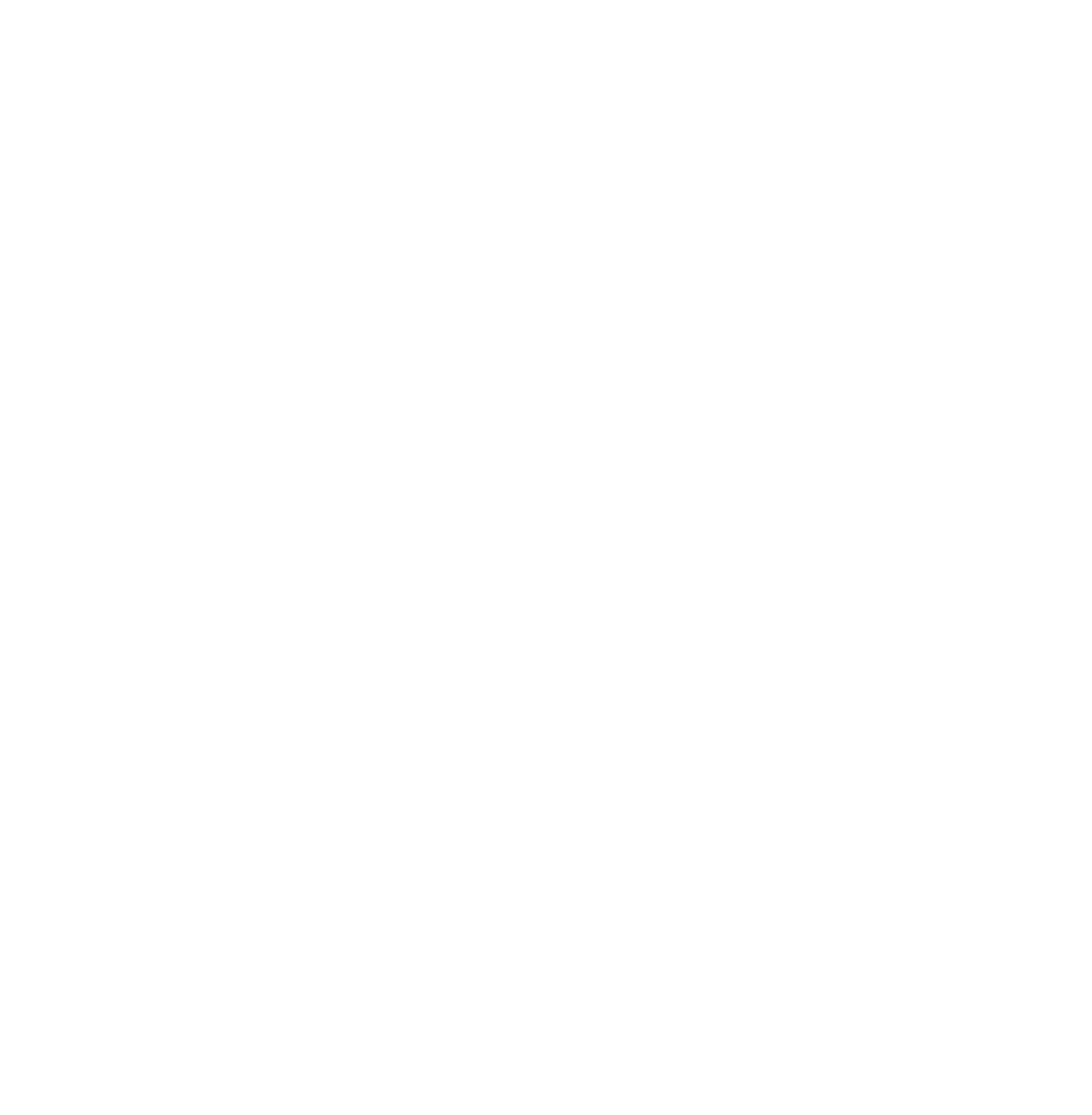 Energy is Information: How It Affects Susceptibility to Infection

“The field is the governing agency of the particle.” (Albert Einstein)

Or, is the particle the governing agency of the field? From a Newtonian perspective, material phenomena and matter are paramount. This outlook, as derived from Newtonian or Cartesian thought, has resulted in the structure that allopathic medicine uses to treat and cure infections and diseases. Since the time of Newton and Descartes, our understandings of the governing principles of science have progressed. Our primary healing modality has not. With these ideas, the notion of separation has come into play. From “separation” we move to the allopathic model of treating infection and diseases, based on a specific locality.1

Modern quantum physics reveals that subatomic particles communicate with each other, creating their own small, virtual particles.2 From this vantage point, it is understood that disease, and more specifically infection, can have broader origins than originally assumed. Emotions, nutrition, mind, and thoughts are now considered as equally viable parts that make up a much more interrelated whole. The body, mind, the immune system, and thoughts, are all interwoven. Both the particle and the field are of equal importance. This article will explore the role of positive thoughts in decreasing susceptibility to disease.

Imagine 2 people passing a basketball back and forth that a passerby happens to witness. That energy exchange, called a zero point field when referring to subatomic particles, can be seen when the basketball is in motion and is not static; ie, it cannot be identified at any given point. This is where the majority of the movement is taking place, and where the virtual particle is created.2 At this point, you cannot identify the ball in one given point, since it is always moving. In conventional medicine, this passing movement is ignored altogether, as well as the field it creates, with the focus being on mere localities. The particle, or basketball, is affected by the 2 points between which it travels, and also affects those points. Equally, it affects the space in between those points by creating a virtual particle. Considering the basketball as a positive thought process, it is clear that positive thoughts do not exist independently, but rather, as both influenced by and influencing the space in which they exist. From an epigenetic standpoint, our internal physical environment is influenced by our thoughts and vice versa, in much the same way that gene expression works. Expanding outward, our thoughts have a huge impact on creating the environment we want to live in. And I might say that our thoughts have an even larger impact in creating the life we want than the impact of our external environment. There is a mutual cohabitation and existence.1

In the documentary, The Living Matrix, a practicing osteopath finds that her chronic headaches are from a pituitary tumor that will prevent her from having children. At first, her thoughts of anger towards this piece of herself are crippling, and wishing to get rid of the tumor, desperately, she sinks into a state of depression. After much time and little success in reducing the size of her tumor, she decides to opt for a different approach. She decides to choose an alternate view and a mental shift, and embrace what was then her reality. Looking into her subconscious, she realizes that she had led herself down that childless path because of her own painful upbringing. She realizes that she had created the life that she had because the last thing she wanted was to bring up a child as she had been brought up. Therefore, subconsciously, she did not want children. After these realizations and the decision to accept her tumor, she checked in with her doctor. The tumor had disappeared.3 Belief can be a potent healer.

In other examples from the film, patients given both real and false knee operations (in the latter, simply having their knees opened and closed in surgery) felt equally better. The brain has a difficult time distinguishing between actual realities and imagined ones. If the mind believes it, the body often follows suit.3 Positivity quite literally has the ability to regenerate our bodies, just by simply thinking and believing that we will be healed. This is a profound notion, and one that has been put into practice since ancient times, in activities such as meditation.

The Power of Positive Thinking

If matter is compressed energy, then information consists of patterns of energy.2 Our bodies are constantly tapping into vast information systems both known and unknown to us, internal and external to ourselves. If disease is a distortion of that energy, a fluctuation in our information system, then it is possible to reverse disease through the inputting of new information. Our brain itself must be operating at a higher level than the individual neurons if it is to be orchestrating the process. It is not completely understood what energetic fields and information systems the brain taps into in order to do so. What is clear is that positive, optimistic thoughts can do wonders for all body systems.

In Chinese medicine, depression is said to come from chronic frustration, especially with oneself. The osteopath was frustrated and angry at her body for producing something that would not allow her to have a child. As a result, she continued to experience blocked energy, and continued to have the tumor, until she shifted her self-deprecating thoughts to positive ones of empathy, acceptance for herself, and optimism.

Another example of positive thoughts affecting and so having material realities, is Masaru Emoto’s experiments with the crystalline, hexagonal structure of frozen water molecules.4 After having observed many different crystals, from tap water, river water, and then lake water, he concluded that water sources near big cities, that had been tampered with, did not have beautiful structures when frozen. On the other hand, river and lake water from pure sources, in the wilderness, had incredibly beautiful structures. Furthermore, he found that when the molecules were sung to, spoken to, or prayed to with positive, harmonious lyrics, words or thoughts, they changed into increasingly beautiful shapes.4

In truth, we do not know or understand the totality of the field that Einstein declared as the governing agency of the particle. We do know that particles communicate with each other in an energy exchange, and create virtual particles. We do know that positive thoughts also create an actual reality. There may well be infinite levels through which the body is sending and receiving messages, as an information system tapping into other information systems. We do know that genes contribute to the phenotypes that are expressed. Also, environments can equally affect which genes are expressed. The emotional state of the mind, as well as the thoughts that run through it, are of considerable importance as well when considering the body’s ability to ward off illnesses and heal. Positive thoughts have material realities that change the very structure of our bodies. In healing, choice in perspective is the responsibility of the individual. Naturopathic physicians can guide patients and themselves along this path with the knowledge that optimistic, positive thoughts create a greater potential for healing and decreasing one’s susceptibility to disease. 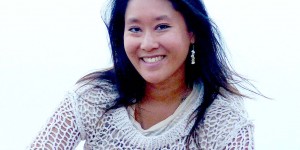 Emily Chan, ND specializes in physical problems that have an emotional component to them. She works with digestive issues, fatigue, stress, autoimmune disease, hormonal imbalance, cardiovascular/metabolic issues and mood disorders. She combines scientifically-based natural remedies with artistic use of energy medicine. Dr Emily is featured on TV and medical journals. She is also an author, trains health professionals, and lectures for the public. She has been a speaker for Metagenics on menopause. Her chapter in a book on nutrition for children on the autism spectrum will be released in 2014. She currently serves on the fundraising committee of the Massachusetts Association of Naturopathic Doctors. Her mission is to teach patients tools that empower them to take successful steps to feeling awesome. Her practice, Modern Integrative Medicine, is located in Cambridge, MA. 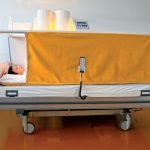