In a pair of overlapping studies, a diverse team of researchers, led by scientists at University of California San Diego School of Medicine, have deepened investigations into the genetic origins of nonalcoholic fatty liver disease (NAFLD) in children, describing multiple gene variants (including some previously unknown) that contribute to the risk of developing NAFLD and gene variants associated with the severity of the liver disease.

The findings published in the June 25, 2022 online issue of the journal Hepatology.

NAFLD is a condition in which liver cells inappropriately store large droplets of fat, which interferes with the normal functioning of the liver. It can progress to liver inflammation and a disease called nonalcoholic steatohepatitis (NASH), followed by cirrhosis and liver cancer.

The American Liver Foundation estimates 10 percent of all children in the U.S. have NAFLD, and because they will have the disease for most of their lives, they are at greater risk for complications, such as requiring a liver transplant as young adults. Pediatric NAFLD is also associated with an increased risk of cardiovascular disease, type 2 diabetes and adult mortality.

Past research has identified some individual genomic variations of NAFLD associated with single points in a DNA sequence, known as single nucleotide polymorphisms or SNPs. However, the work has been limited. The new studies, dubbed the Genetics of Obesity Associated Liver Steatosis (GOALS), were designed to probe more deeply and broadly for relevant SNPs in children.

The authors confirmed that the PNPLA3 gene is associated with the greatest risk for having NAFLD. A different SNP in the gene TM6SF2 was most strongly associated with what percentage of liver cells was storing fat droplets in children with NAFLD.

“We knew that NAFLD is a genetic disease. Now, thanks to the hundreds of children and families that participated in GOALS, we were able to fill in key details about which genes contribute to having NAFLD and which genes contribute to how severe the disease will be for an individual child,” said senior author Jeffrey Schwimmer, MD, professor of pediatrics at UC San Diego School of Medicine and director of the Fatty Liver Clinic at Rady Children’s Hospital-San Diego.

Liver scar tissue (fibrosis) is a key determinant of who will suffer long-term consequences of their liver disease. Liver fibrosis results in diminished blood flow throughout the organ, causing loss of function. Untreated, it can progress to cirrhosis, liver failure and liver cancer. The researchers found that the PARVB rs6006473 SNP was highly and significantly associated with liver fibrosis, a new disease severity association in children with NAFLD. By combining this SNP information from other genes, the investigators were able to develop a model that could help to predict the severity of liver fibrosis in children with NAFLD.

Additionally, the PNPLA3 SNP was significantly enriched in children with borderline zone 1 NASH, a manifestation of disease commonly found in children but not adults. “Children with this type of NASH may respond differently to medications, and thus it is worth identifying this genotype in children for clinical trials for NASH,” said lead author Nidhi Goyal, MD, MPH, assistant clinical professor of pediatrics at UC San Diego School of Medicine and Rady Children’s Hospital-San Diego.

“This reinforces that NAFLD in children may be a distinct disease compared to adults,” Schwimmer said. The presence of novel SNPs in children with NAFLD and how they differentially affect disease outcomes may help guide future treatments. “These genetic associations may be pivotal to creating future therapeutics in pediatric NAFLD where currently treatment options are limited.” 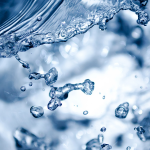 Arsenic in Well Water Could Contribute to Low Birth WeightMind/Body