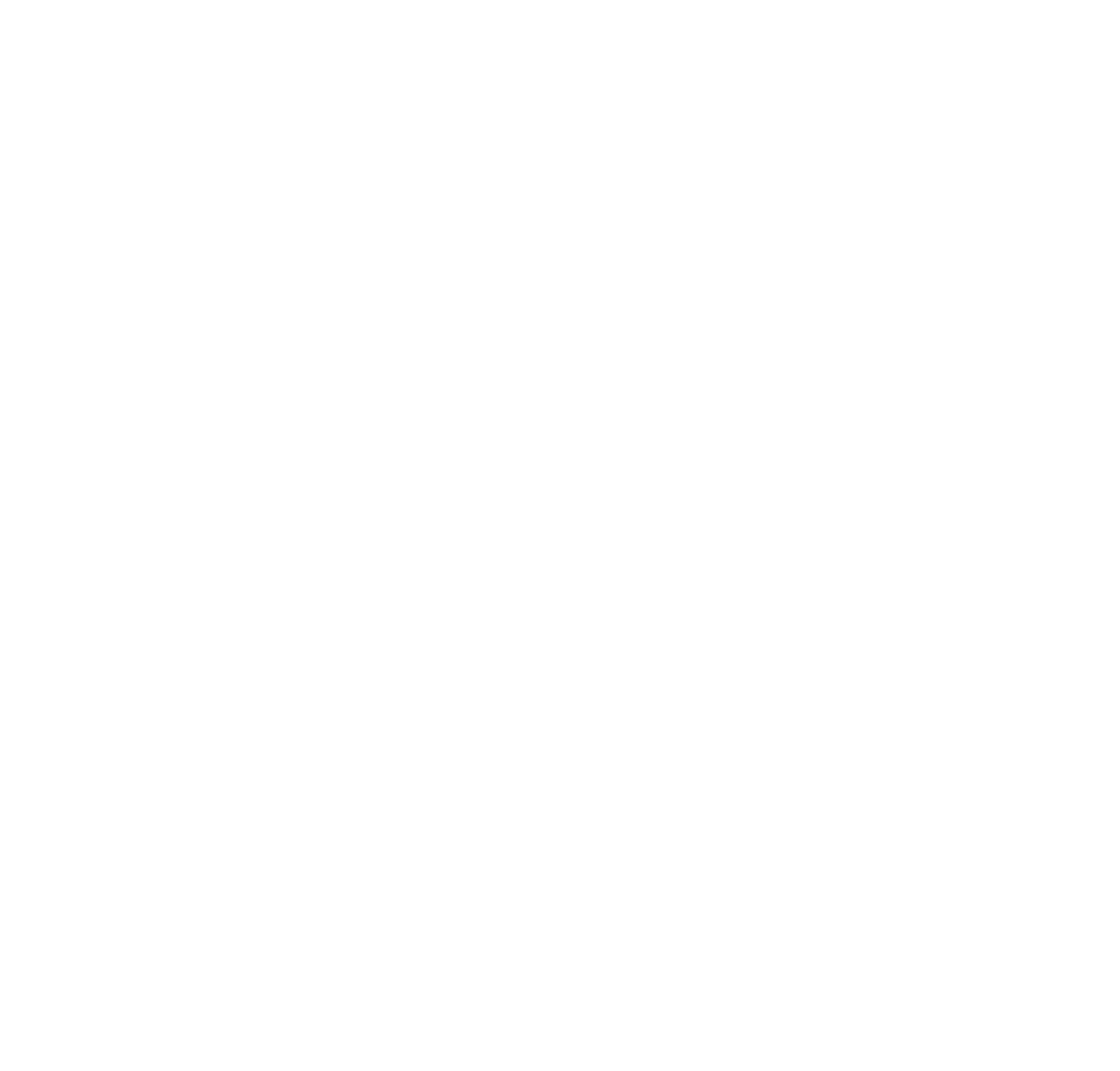 Gut Feelings About Dementia: Part One

This two-part article will highlight nutritional relationships between the aging gut and brain. Part one will briefly review gastrointestinal pH, micronutrients and gut flora. The sequel will extend these relationships to cognitive function and neurodegeneration.

Natural history’s aging studies of simple organisms have consistently described an ordinal pattern of organ system failure initiated by the gut. Aging in human studies manifests in numerous ways, but perhaps it adheres to this pattern. Naturopathic physicians are keen to this idea, and most might consider gut function as key to optimizing health in many disorders. For example, gastric acidity studies in humans have identified correlations with aging, atrophy of the oxyntic mucosa and commensurate decline of gastric acid secretion (Siurala et al., 1968). Depending on measures used, approximately 11% to 37% of the elderly have atrophic gastritis type B (H. pylori infection induced by definition), which results in elevated gastric pH (hypochlorhydria) (Krasinski et al., 1986; Selhub et al., 2000). I am unaware of studies reporting the prevalence or incidence of hypochlorhydria not associated with H. pylori infection. Characterization of hypochlorhydria in terms of what is biologically or clinically pertinent has likely hobbled work in this area. Nevertheless, there are ways to define hypochlorhydria, and some good studies of nutritional implications associated with it.

Hypochlorhydria and Micronutrients Associated with Dementia

Arguably, the most complex micronutrient in terms of absorption is cobalamin (vitamin B12). Bacteria synthesize B12 on animal organ meats, especially liver and kidney, but also on fish, mushrooms, eggs and milk products. The molecular and cellular processes of its digestion, absorption and assimilation are described elsewhere. Hypochlorhydria and the inability to release B12 from food or its binding protein were first described by Carmel in 1995 as Food Cobalamin Malabsorption Syndrome (Saltzman et al., 1994). This syndrome is accountable for the majority of B12 deficiencies in the elderly (Carmel, 1995). HCl is also required for catalyzing pepsinogen to pepsin, the dominant proteolytic enzyme in the stomach. The optimum pH for gastric pepsins varies between 1.0 and 2.0, and the enzymatic activity of pepsin declines with increasing pH to less than 5% at pH 5 (Koop, 1992). Entero-hepatic recirculation and hepatic stores may explain the observation of a multi-year delay in onset of clinical illness with insufficient intake of cobalamin (<2 micrograms/day) (Carmel, 2000).

Folate fortification of grains in the United States began as early as 1996, with companies anticipating policy change to fortify in 1998. This action has decreased the prevalence of folate deficiencies in the U.S. public. Nevertheless, its absorption is also dependent on optimal gastrointestinal pH. Small intestinal pH of about 6.3 is required for maximal absorption (Russell et al., 1979). In the elderly with hypochlorhydria secondary to atrophic gastritis, the pH at the ligament of Treitz is about a half-unit higher (7.1+0.1) than in those with normal acid production (6.6+0.1) (Russell et al., 1986). Russell et al. (1986) determined that this small rise in pH is enough to markedly reduce folate absorption compared to elderly controls with normal gastric acid production. Serum folate (5-methyl-FH4, the precursor to the functional form) levels are elevated in patients with atrophic gastritis secondary to B12 deficiency due to FCMS and the “methyl-folate trap” theory, or increased synthesis from bacterial overgrowth due to hypochlorhydria (Santarelli et al., 2004).

Hypochlorhydria and Microbial Infection in Dementia

Gastric acid secretion maintains the optimal milieu for pH-dependent enzymatic processes and the gut flora. As the oxyntic mucosa becomes more atrophic with increasing age, and acid secretion commensurately declines, the ubiquity and role of H. pylori is unclear and hotly debated. Histological and serological confirmed H. pylori infection is associated with lower B12 levels; hyperhomocysteinemia and eradication of H. pylori lowers HCy and raises B12 (Kutluanam, 2005). Serum folate levels are elevated in patients with atrophic gastritis secondary to either cobalamin deficiency or to increased synthesis from bacterial overgrowth due to hypochlorhydria (Santarelli et al., 2004). It is not uncommon to find H. pylori associated with Alzheimer’s disease compared against similar age controls (Malaguarnera et al., 2004). In fact, a recently published study confirmed histologically increased prevalence of H. pylori infection in Alzheimer’s compared to anemic controls with an odds ratio of 8.4 (2.4-28.7, p<0.001) (Kountouras et al., 2006). H. pylori have also been associated with peripheral neuropathies, where autoantibodies to specific targets may impair native neural function (Kountouras et al., 2005). Gastric acid suppression with either H-2 receptor antagonists or proton pump inhibitors has been shown to cause bacterial overgrowth in a significant number of both the healthy and subjects with peptic ulcer disease (Theisen et al, 2000). Profound and prolonged gastric acid suppression is associated with higher incidence of non-H. pylori bacterial infection in upper intestinal aspirates (Fried, 1994), damaging the intestinal mucosa and causing inflammation (Kirsch, 1990). This damaged intestinal mucosa may allow the passage of larger maldigested protein particles into circulation, evoking a pro-inflammatory cytokine reaction. To accompany a history and physical exam, an ideal panel illustrating this naturopathic suspicion might include measures of gut pH, IL-6, high sensitivity CRP, H. pylori test (IgG Abs or urea breath test), gastrin and pepsinogen I to II ratio.

The gold standard technique for assessment of hypo/hyperchlorhydria is a formal gastric acid secretory test (GAST). This is performed by nasogastric tube placement into the stomach and subsequent challenge with pentagastrin injection while collecting several samples (Schubert, 2003). This method is invasive and complex and, therefore, I propose using an alternative technique incorporating a swallowed telemetry pH capsule. This less-invasive, direct measure is an FDA-approved technology and requires the fasting subject to swallow a small vitamin-size capsule; it is commonly referred to in the naturopathic community as the Heidelberg technique. This preferred method measures fasting gastric acidity and functional capacity of the parietal cells. The Heidelberg pH capsule system has been validated in several studies as an accurate, noninvasive and direct measurement of basal pH and gastric acidifying rate in the elderly (Russell et al., 1993; Connell, 1973; Dressman et al., 1990). Determining the appropriate treatment to optimize gut pH improves gut flora and digestion, absorption and assimilation of macro- and micro-nutrients.

A 15.5- x 7.1-mm single-use tethered capsule has a filament attached to one end to retrieve the capsule after measurement and to assure the capsule remains in the stomach during the test. The non-radioactive capsule is made of polyacrylate plastic designed for swallowing. It has a high-frequency transmitter with an average frequency of 1.9 MHz. Retrieval of the capsule is accomplished while the patient drinks some water to maintain an open upper esophageal sphincter. After swallowing the capsule, a fasting gastric pH is quantified. Once fasting basal pH is established, a challenge is administered to assess functional gastric acidification rate. Categories of gastric acid sub-functionality may be determined and appropriate intervention administered during the test. Understanding the underlying physiology here and its response to trial treatments is key to providing an individualized naturopathic prescription.

This measure is sensitive to underlying mechanisms by which the autonomic nervous system engages the gastric mucosal cells. In NDNR’s December issue (which focuses on neurology), I will underscore this point, discussing neurocognitive testing for neurodegenerative disease and naturopathic research underway.

Kutluana U. Is there a possible relation between atrophic gastritis and premature atherosclerosis?, Helicobacter Dec 10(6):623-9, 2005. 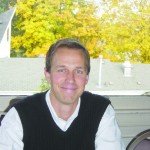 Dr. Bowman is a 2004 graduate of NCNM balancing clinical practice at NCNM Natural Health Center and clinical research at Oregon Health & Science University. His practice primarily sees neurologic, cardiovascular, GI and endocrine disorders. The clinical research training is a National Institute of Health T32-sponsored fellowship in the department of neurology at OHSU, with concentration in naturopathic medicine, neuroscience and stress. He is principle investigator of two small protocols studying folks at risk for dementia; specifically, mild cognitive impairment and Parkinson’s disease. 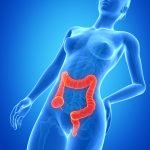 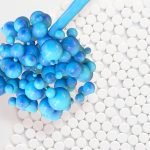