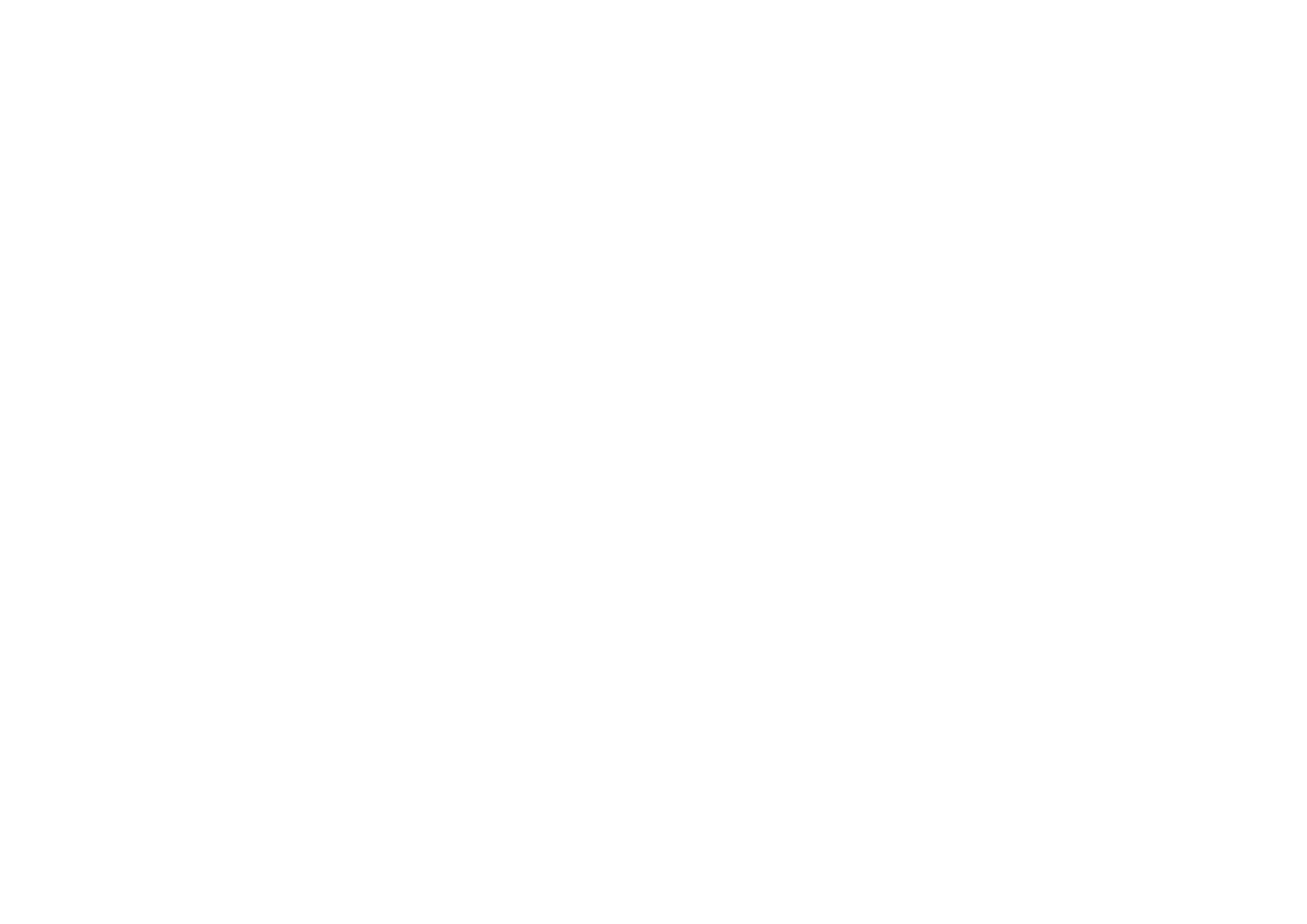 As NDs, we study the psychological aspects of illness in school. However, in practice, we tend to focus on diets and remedies, and less so on discovering and resolving the psychological dimensions of illness and disease. This article shares my insights into the mind-body approach to healing as it relates to naturopathic medicine. I will also discuss one case from my practice that has validated the mind-body approach for me.Emotions in the Body

Emotions in the Body

Mind-body medicine has benefited greatly from the research findings of Psychoneuroimmunology (PNI). PNI has proven the integrity of the mind-body connection by discovering receptor sites for neurotransmitters in unexpected sites, such as the heart, liver and stomach, and on T-lymphocytes. I use Hans Selye’s model of the General Adaptation Syndrome to explain to patients how any stress, be it physical or psychological, can affect both the mind and body in a continual feedback loop. I also explain to them how emotions and feelings produce neuropeptides, which can directly affect our organs and physiology. And, I explain how the reverse is true, where organs such as the stomach and GI tract can produce neuropeptides, which affect how we feel emotionally and can actually produce anxiety or panic attacks.

Dr. Selye, working on stress research at McGill University, said in 1956: “A general outline of the stress response will not only have to include brain and nerves, pituitary, adrenal, kidney, blood vessels, connective tissue, thyroid, liver and white blood cells but will also have to indicate the manifold interrelations between them.”

Dr. Candace Pert, a neuroscientist who first discovered opioid receptors in the brain, describes the intimate connection of numerous neuropeptides between the body and emotional states in her 1997 book, Molecules of Emotion: The Science Behind Mind-Body Medicine. In this book, she says: “In the beginning of my work, I matter-of-factly presumed that emotions were in the head or the brain. Now, I would say that they are in the body as well. They are expressed in the body, and are part of the body. I can no longer make a distinction between the brain and the body.”

From these models we learn that there are at least three mind-body messenger systems: the central nervous system, the autonomic nervous system and the neuropeptide system. A fourth system that I believe is just as important to mind-body communication is the meridian system as defined by Traditional Chinese Medicine.

Combining this body of knowledge with my work with patients has led me to conclude that an integrated mind-body approach works best in helping patients heal and resolve most, if not all, cases of chronic illness. In working with cases such as cancer, fibromyalgia and chronic fatigue, I have come to see that these are conditions of both the mind and body, and that an integrated approach to treatment is the most effective option for these patients.

I have had an opportunity to work with thousands of patients in my 22-year career as an ND. About 15 years ago, I moved my practice to Vancouver Island from Vancouver to offer patients a residential retreat where they could come for one or several weeks to receive an integrated program of natural healing. In this setting, I have been able to offer a program that offers patients healing for mind, body and spirit.

In this setting, I have the opportunity to work with patients on an intensive basis, spending significant time with them each day. I have witnessed remarkable recoveries and improvements in a variety of chronic conditions. I have seen that all patients benefit greatly from an approach that integrates both a physical and psychological perspective. The approach I use in mind-body medicine is an eclectic one. I teach all patients relaxation and meditation techniques. I encourage them to find a mind-body relaxation technique that suits them, such as Tai Chi, yoga or Chi Kung. If they have a religious faith, I encourage them to use it in the context of their healing program. I refer to outside resources when appropriate, such as psychologists, counselors and hypnotherapists. I talk to patients about their stress coping styles and how stress may affect their physical and mental health. I like HeartMath as a tool to reduce stress and induce states of self-regulation. This technique has been proven to regulate body rhythms, such as heart rate and blood pressure, and to reduce cortisol and increase DHEA. And, a psychological technique I have found to be quite valuable in creating psychological insights and healing is called Voice Dialogue. Voice Dialogue teaches us that beneath our everyday ego is a whole collection of dominant and repressed personalities that are active in determining our behavioral and emotional responses to life.

The accompanying case study is just one example from my practice of the importance of integrating mind and body medicine.

Bob is a 39-year-old male who presented with a nine-year history of migraines and depression. The migraines started suddenly at 32 years of age. They are left-sided, accompanied by nausea, vomiting, and visual and auditory auras. At first, they were incapacitating, causing him to miss work every other day. He had received multiple medical tests, including an MRI and cerebral spinal fluid examination. A neurologist finally diagnosed them as migraines, and prescribed nadolol, a beta-blocker. While the medication reduced his migraines by 66%, they caused side effects of fatigue, weight gain and mental dullness.

At age 34, he was given paroxetine for symptoms of clinical depression.

His headaches now occur about twice weekly, vs. every day before the medication. They seem to get worse on weekends. Bob wakes up tired in the morning and often has trouble falling asleep. He had nocturia two or three times a night. His back used to go out on him about twice a year, but this symptom stopped after the migraines started. Bob’s diet is unexceptional and standard North American. He has one or two cups of coffee a day and about three alcoholic drinks a week.

Bob is involved in the construction trade, specializing in the repair of foundations in older homes. He loves his work, as it is creative and involves physical activity and management skills. Bob has been married for 12 years, has three children and is a practicing Christian.

I tested Bob for food allergies and found him to be sensitive to cheese, bananas, potatoes, chicken, pork, walnuts, hazelnuts and sulfites. Electrodiagnostic testing indicated stress in the gallbladder, bladder and colon. Hair analysis revealed low magnesium and elevated mercury.

Bob was with me for a three-day assessment. On the second day, I began to probe his psychological health. Bob revealed to me a troubled marriage. He and his wife were Christians and had met through church and family connections. However, their sexual relationship broke during their engagement. They went to marriage counseling during their engagement and several times during their marriage. His wife lost all interest in physical intimacy with him. She focused on bringing up their children, and once the children were in school, she pursued a high-level executive career. She was highly critical about Bob’s personality and the way he managed his business. She would constantly nag him over petty things and try to control him as much as possible. Bob had a very easygoing personality and did not stand up to his wife’s criticisms. I felt he was a “henpecked husband,” and could see why he might be depressed and suffering from chronic migraines.

On the third day, I gave Bob my assessment and treatment plan before he returned home. I prescribed a healthy vegetarian and seafood diet with allergy avoidance. I prescribed daily exercise to reduce stress, and biofeedback to help control blood flow to the brain. I gave him a high antioxidant multivitamin; some lipotropic and liver botanicals; 5-HTP to boost serotonin and prevent migraines; ginkgo to prevent serotonin release in the cerebral arteries; and magnesium to relax muscle spasms.

I also suggested something I had never done before with any patient: I told him that although it wasn’t my place to give him marriage advice, I thought that his marriage was a sham and that the stress in staying with a loveless and controlling woman was in all likelihood depleting his body of serotonin and therefore causing both his migraines and depression.

I suggested that he either bring the love and intimacy back into his marriage or get a divorce. I was surprised by the boldness of my advice, but I thought it was truthful and authentic.

I saw Bob two months later. His migraines and all signs of depression had completely disappeared. He had stopped the paroxetine and nadolol. He had lost some weight, was sleeping better and was eating more fruits and vegetables. He was also seeing a psychiatrist. I asked him about his wife. He had told his wife he was leaving her, and they were involved in a custody battle over the children. He was still living in the family home. His migraines vanished as soon as he made up his mind to leave her and had communicated this to her. Even though his stress levels had risen, for the first time in many years Bob began to take control of his life and be honest with himself and his wife.

Bob did move out and divorce his wife. He continues to be free of migraines and depression to this day. Stefan Kuprowsky, BSc, MA, ND holds a bachelors degree in biological anthropology from Trent University, a masters in medical anthropology from UBC and a doctorate in naturopathic medicine from NCNM. He has been in practice for more than 22 years as an ND, as well as a consultant, writer, lecturer, radio host and teacher in the natural health industry. Dr. Kuprowsky has served as president of the BC Naturopathic Association and is currently serving on the BC College Board as chairman of the quality assurance committee. He is also a professor at the Boucher Institute of Naturopathic Medicine. Dr. Kuprowsky has studied mind-body medicine with Deepak Chopra, and is a certified instructor for Dr. Chopra’s Creating Health program. He currently runs the EcoMed Clinic in downtown Nanaimo, BC, and offers residential healing retreats from the EcoMed Healing Spa, located on his country acreage on Gabriola Island. 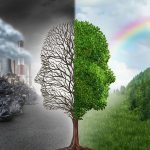 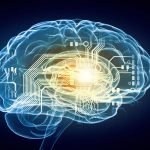 Is the Body Listening? The Energetic Aspects of Language and Its Impact on HealthAnxiety/Depression/Mental Health, Mind/Body