We often take for granted the ways all 5 of our senses work together to shape our experience of the world. In daily life, we do not think about our sense of smell unless, of course, we find ourselves confronted with an unpleasant odor, or we have a head cold and cannot taste our food. Although we can immediately imagine the physical and emotional ramifications of losing sight or hearing, the sense of smell is often overlooked, despite its being a critical component to our well-being. What we smell shapes our world just like what we see, hear, and touch.

The following quotation is from an essay by neurologist Oliver Sacks describing the case history of one of his patients:

“Sense of smell?,” he says, “I never gave it a thought. You don’t normally give it a thought. But when I lost it—it was like being struck blind. Life lost a lot of its savour—one doesn’t realize how much ‘savour’ is smell. You smell people, you smell books, you smell the city, you smell the spring—maybe not consciously, but as a rich unconscious background to everything else. My whole world was suddenly radically poorer….”1(p152)

A 62-year-old Asian American woman with a 2-year history of low back pain consulted in search of a natural alternative to alendronate sodium for osteopenia, which had been diagnosed 2 years prior via dual-energy x-ray absorptiometry. As occurs in many patient visits, she added toward the end of the visit: “Doctor, one more thing….” She mentioned a 7-year history of anosmia precipitated by a severe upper respiratory tract infection. The infection had been treated with an antibiotic, although she could not recall which drug she had been prescribed. The subsequent anosmia had affected her sense of taste and overall quality of life. An in-office zinc tally test was performed, and the findings suggested a zinc deficiency. Because of financial limitations of the patient, no other laboratory tests were performed or ordered at that time.

As her main form of treatment, the patient requested dietary interventions and recommendations instead of supplementation, which she feared would be expensive. She was prescribed ground raw organic pumpkin seeds (2 tablespoons per day) and was instructed to add this to any meal she wished.

When the patient returned the following month, she was excited to announce that her sense of smell had recovered by 20% to 30% in her estimation. She could once again smell peppermint and peanut butter and was thrilled to have the sense of smell back in her life. Empowered by this quick improvement, she opted to continue with the regimen.

After 2 more months, the patient did not find that she sensed any further degree of improvement in her sense of smell. This case brought into focus the difficulty in quantifying the experience of smell. It is a marked clinical change if one moves from no ability to smell whatsoever to an ability to detect scent, however faint. Beyond this initial change, it can be hard to grade one’s changing ability to smell. That said, the patient reported she was inundated (and aggravated by) by an olfactory onslaught at the perfume counter when she was in a department store.

Overview of the Effects of Anosmia

Approximately 2.7 million Americans have some olfactory impairment.2 As with the other senses, the prevalence of olfactory impairment increases with age, and it is estimated that 50% of US adults older than 60 years have some measurable olfactory impairment.2 Patients often do not report the condition to physicians, making it difficult to definitively evaluate the true scope of the effects of this condition. In addition, little research on the etiology, effective treatment, or comorbidities of anosmia has been performed. Anosmia is not considered life threatening, but for many it is decidedly life altering.3 Some consequences are intuitive, but others are less identifiable or palpable, particularly for individuals who have never experienced anosmia firsthand. The effects of anosmia include the following:

Loss of Taste and Enjoyment of Food

The sense of smell is responsible for about 80% of what we taste.3 Without a sense of smell, food is often bland and tasteless, and patients report a lack of interest in cooking, eating, and trying new foods. I often recommend that patients exercise good food hygiene—to enjoy their food, chew slowly, and savor their meal. Good food hygiene improves the cephalic phase of digestion that augments chief cell function, increases stomach acid production, and aids in digestion and absorption. Anosmia may significantly influence the quality of digestion.

The loss of taste that accompanies the inability to smell can lead to changes in appetite. This may result in significant weight loss or malnutrition.

Our sense of smell protects us from potentially injurious threats to safety and life such as a gas leak, rotten food, or smoke. Without it, we are more vulnerable to unforeseen events.

Our sense of smell is a critical way in which humans interact with the world. A smell can immediately trigger the memory of an important event in one’s life and the positive (or negative) emotions associated with that event. The smell of a partner can help cement our connection with that person or attract us to him or her in the first place. In the case reported herein, the patient wanted to be able to smell her grandchild again. An underlying sense of insecurity exists when one cannot smell oneself or the immediate known surroundings. This disconnection creates the potential for a certain loss of self and a psychoemotional disconnection from the world.

Our sense of smell is tied to a primal portion of our brains and is intimately connected to the limbic system and to our emotional memory. In fact, humans have much greater memory recall with smell than with sight (about 65% accuracy with smell vs 50% accuracy with sight).4 One cannot deny the emotional recall of an important scent from our past or the emotional context in which we experience the world through the eyes of our noses.

Zinc and Anosmia—Cause, Cure, or Both?

Recent discussion in the medical community has centered the negative effects of zinc on the sense of smell. A number of “immunity boosting” zinc products are on the market that claim to reduce the duration and severity of symptoms of the common cold. In 2009, the Food and Drug Administration encouraged a recall of certain cold remedy products with zinc formulations because of reports of anosmia. The products contained supplemental zinc, and the damage likely resulted in part from the instructions for direct application to the nasal mucosa. Nasal irrigation with zinc gluconate (even a homeopathic dosage) can result in some amount of anosmia. A study showed that the ionic zinc interaction with the mucosa was the mechanism of the resulting anosmia.5

Before considering the use of zinc as a potential treatment of anosmia, it is important for the physician to measure zinc levels or to look for concurrent signs of deficiency (such as hair loss, skin lesions, psychological changes, increased susceptibility to infections, and poor wound healing), as well as to be mindful of the way in which zinc is prescribed and applied.6 History has not demonstrated that humans ever encountered an evolutionarily advantageous reason for placing zinc-rich foods in their noses. However, it is plausible that in the event of an acute upper respiratory tract infection humans may have gravitated toward the consumption of foods that would have helped improve the immune response. Pumpkin seeds and other zinc-rich foods (such as wheat germ, lean animal proteins, and brown rice) may have been some of the options to boost helper T cell (subtype 1) immune response and to aid in fighting viral illness.7

Depending on the situation and the dose, form, and method of delivery, it seems that zinc can be both the cause of and the cure for anosmia. The natural world is a multifactorial set of causes and effects; disease and cure exist in a continuum, a health spectrum. Anosmia is thought to be mediated in some cases by a zinc deficiency. Therefore, it seems reasonable to recommend an increase in zinc consumption as therapy for anosmia. Pumpkin seeds have a high zinc content, making them a low-cost and epidemiologically effective (albeit theoretical) whole foods–based treatment of anosmia.

Is supplemented zinc as effective? A product with an isolated zinc substrate that was applied at a high dose to the oral mucosa was found to produce anosmia in a patient with no previous history of loss of smell.5 Although it may be tempting to isolate this nutrient for use in therapeutic research, we may find that treatment with isolated ingredients is not the best course of action. Individual nutrients lack the benefit of the complexity of a whole foods treatment.

When treating patients, we have the ability to demonstrate the way diet and nutrition are the king and queen of their overall health goals. As physicians, we are in an optimal position to recognize clinical situations that have the greatest chance of being improved by nutritional intervention. By demonstrating how effective nutritional therapy can be, we empower our patients to control the foods they consume, take charge of their own health, and change their lives. This often begins with the simplest first step—whole foods nutrition and a balanced diet. 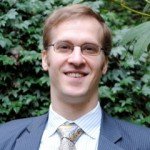 Nolan Noska, ND is currently a clinical resident physician at National College of Natural Medicine, Portland, Oregon, where he graduated in 2011 with honors in research. Before pursuing a degree in naturopathic medicine, he completed a BA in music at DePaul University, Chicago, Illinois. Dr Noska also has a private practice in Portland, where he sees patients with a wide range of chronic diseases.

Sacks O. The dog beneath the skin. In: The Man Who Mistook His Wife for a Hat. New York, NY: Summit Books, Schuster & Schuster Inc; 1985. 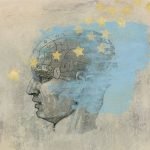 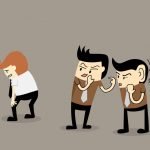