This patient was a 61-year-old woman who was referred by a therapist in the community. She was seeking treatment for depression and anxiety.

Patient: I can’t figure myself out, which is hard for someone who has always been able to [crying]. I feel really lost. I’m involved with a man. I do energy work and can “see” things about people. I see things that they can’t see. I had an instant connection with this man and we quickly became involved with each other. I was shocked by that. After three months, he got scared and wanted to just be friends. We have this connection – I see pictures in his mind and he sees pictures in mine. He calls me almost every day. We can’t let go of each other. I’m lost with this. I have a lot of anxiety about it – that he’s going away. I also have fear of going into a relationship, but also of not having a relationship.

More? I’ve had times when I’ve been depressed, but I’ve always been able to disconnect and keep busy, knowing it won’t last forever. Now, I can’t seem to do that. Everything is hopeless. It’s huge. He calls me every day, he doesn’t want to let go of me. I just let it happen. I’m lost. I’m terrified of losing him and not losing him. I don’t know where it’s going or what’s going to happen to me. I know he cares about me, but what if he doesn’t? I’ve never worried about these things before, not in any relationship. We connected on a soul level the first time we met. It was like spiritual magic. It feels like nothing I’ve ever felt before.

Past History: I met someone after high school and we were inseparable. We had instant affinity for each other. We married and had two kids. We divorced after 10 years. I loved him dearly until he died three months ago. We had a soul connection. I have a soul connection with this guy now, too. I married a second time, but we divorced because he was seeing another woman. He began stalking me. He tried to kill one of my horses. He did things like put water in my gas tank. After about three years he finally found someone else.

Physical symptoms? I weigh too much. If I’m stressed for a long time, my joints get stressed. Formerly I had sciatica, but it’s much better now. Sometimes it comes back. I smoke a pack a day. I’ve only been half in my body for the last 15-20 years. After the death of my son, I didn’t want to be present – I was afraid it would hurt too much.

Respiratory problems? I have congestion in the morning. I have caught myself snoring. I have coughs occasionally. At age 3 or 4, I had pneumonia really bad. My mother told me I had asthma, but I never remember having asthma attacks.

Sleep? It varies. Sometimes I will sleep almost the whole weekend. When the week starts, I don’t sleep much.

Waking? I like to lie in bed and slowly wake up. It [angers] me if I have to wake up and jump right out of bed.

Dreams? I dreamt that I was driving a horse trailer and truck down the road and the horse trailer fell off and rolled downhill. The horse was covered in bandages all over her face. Later, my horse cut her face in all of those same places.

Worst part of current feelings? Being lost and being stuck are the worst things. I’m stuck right now. I’m stuck with this man and stuck in my job. That’s depressing. I’ve always known where I wanted to go and what I wanted to do.

Pain sensitivity? I can tolerate a lot. It takes a lot for me to cry out. I had all four of my children without anesthetics. I felt like I would recover faster without drugs. I felt like it was no big deal.

Numbness or tingling? Occasionally. If my shoes are too tight, my toes go to sleep. My right wrist carpal tunnel area also goes to sleep.

Where are you on the spectrum of connection/disconnection? Disconnected is what I do when things become unpleasant or icky or not working. I leave the area. I’ll really connect and engage when I like something or someone. I was isolated from my family – my mother didn’t like me. She was schizophrenic and she used to beat me. All my life, I’ve always had something to cling to. If I’m too busy for friends, I try to maintain a connection to soul. If I’m isolated from everything, I go into depression. I have to have some sort of connection.

Isolate? Yes, I want peace. There is too much going on, and I feel overloaded, I don’t want to deal with things.

Happiest? I am very connected to my horses, my kids and my dog. The happiest connection in the last four years was my connection with this man. It was like an old friend, a soul connection.

Constipation or diarrhea? Tend toward constipation. I’ve never had diarrhea unless I was sick.

Fears/phobias? The only fear that I have is losing this man or another child. I don’t think I could stand the pain of losing another child.

Menopausal symptoms? What’s that? … I didn’t have any of that.

Pregnancy? The last month I was pregnant with the twins [last pregnancy], I laid in bed and cried. It was so painful. I didn’t want to be pregnant to begin with. My ribs split from my breastbone. I cried and cried and they were almost two weeks late. It was so painful afterward. I still feel like I have some of that hurt in my body. Delivery was fine. They were born in about two hours.

Postpartum? I hurt, hurt, hurt and I was tired. I was so tired, so tired. I just wanted to get some life back into me. My mother-in-law was ecstatic because she was a twin and she helped out. She saved my life.

The general themes of this case sounded to me like a drug remedy, particularly Opium. I prescribed a single dose of Opium 200C. I normally don’t begin treatment with such a high potency, but my experience with patients who need a drug remedy is that they tend not to be very sensitive.

Patient: It took three to four days to kick in. I feel a lot better. I feel stronger. I’ve had ups and downs, of course. I was almost myself again. Now I feel like in the last week or so it’s wearing off.

Almost old self? It might have to do with that man. He is still in my life, still calling me. I don’t pursue him. I keep hoping he’ll go away, but I don’t think he’s going to go away. I’ll probably never be my old self. It feels like my life is not in control. I just can’t get a grip on it somehow. I would be lost without him in my life. I don’t know why. He’s so enmeshed in his own issues. He can’t be there the way he wants to be. When he calls me it’s very depleting. At the same time, if I don’t hear from him, I get anxious.

More? I don’t cry as much. I used to cry all the time. Since the remedy, I’ve only had one or two times that I’ve cried. I don’t feel suppressed, I just haven’t felt like crying. There used to be certain things that would trigger my tears; songs, music. They don’t seem to do that anymore.

Anxiety? I haven’t been so anxious about things. The situation at work has resolved itself. I had a confrontation with the leader of the pack. I stood my ground. It’s been different ever since. She has been pretty nice to me. She asks me things now instead of telling me things. Someone must have talked to her.

Sleep? It’s better. Since the remedy, I haven’t been sleeping all weekend.

There were good improvements, but the part about her “almost” feeling like herself again made me think that she needed to be re-dosed. She seemed particularly sad and stuck about her relationship. I prescribed four doses of Opium 200C, one dose to be taken every day for four days.

The patient reported that her relationship ended. Initially after the breakup, she had had a lot more anxiety, but that seemed to be subsiding on its own. She reported sleeping a lot, but not as much as she had been before. The crying was still better.

Patient appeared stable and solid when telling me of the breakup. There was a continuation of improvements, so I felt we were on the right track with Op. I decided to wait and watch for eight weeks, letting her know that she should call if things got worse or if she needed extra support around her relationship loss.

The patient reported that she had been doing fine, but in the last couple of weeks she seemed to be experiencing a return of her symptoms: more anxiety and a couple of crying spells, although nothing like when she first came to see me. She still had had no contact with her former boyfriend. She was sleeping more on the weekends again and was having trouble getting to sleep.

The patient’s adult daughter had been through a very violent physical trauma just a few days before the appointment, and the patient was having a very difficult time dealing with it. After the 1M dose, she reported going through three to four days of depression and crying, but had been feeling better until the incident with her daughter.

Having had an aggravation with the 1M dose, I decided to give her multiple doses of a lower potency. I prescribed a daily dose of 30C Op for five days.

The patient reported that all of the symptoms for which she initially came to see me were much better. Her current concerns were quitting smoking and exercising to lose weight.

The patient reported an aversion to smoking and that she was smoking less. She had also begun swimming. She was having no trouble sleeping and was sleeping more regular hours. Her energy level was good. She reported feeling better overall. 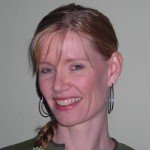 Michele Deisering, ND is a graduate of NCNM. She is in private practice in southeastern Portland. She specializes in the homeopathic treatment of mental and emotional disorders such as depression, anxiety, schizophrenia, ADD, ADHD, bipolar disorder and PTSD, as well as conditions such as PMS, PMDD and chronic headaches. 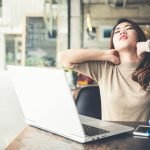 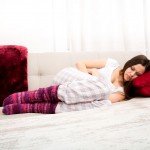