Hippocrates once wrote, “The natural healing force within each one of us is the greatest force in getting well.” This statement corresponds to the basic philosophy of naturopathic medicine that acknowledges the presence of a “vital force” within all of us. As naturopathic doctors, we are taught to acknowledge, stimulate, and restore this vital force. The stronger the vital force, the healthier and more robust our patients are. The definition of vital force is the energy or spirit that animates living creatures – the soul.

Many of the principles followed in the psychospiritual model originate and correlate with basic naturopathic principles: the healing power of nature, identify and treat the cause, first do no harm, treat the whole person, and physician heal thyself, all of which include addressing the mental, emotional, and physical (body, mind, and spirit) components of every patient.

Addressing the spirit or soul has been off-limits in medicine for over 2000 years. Confronting this soul/spirit presence, and acknowledging this reality and utilizing it as a viable source for healing, has been basically ignored and considered to be a major taboo. Even René Descartes had an agreement with the Catholic Church that he would leave the matter of the soul and spirit to the church’s control and domain. Descartes, in his Letter to the Sorbonne, published at the beginning of his seminal work, Meditations on First Philosophy, concluded that it is only the mind or soul that can exist without the body. He stops short of demonstrating that the soul is actually immortal. Yet Descartes was adamant in professing that “the mind is really distinct from the body and can exist without the body.” Can minds really exist without bodies? Can thinking occur without a brain? Obviously, there are some profound issues to consider.

A Departure from Descartes

People generally accept the basic concept that humans do possess a soul. Many of us actually cultivate our spiritual essence on a daily basis with a spiritual practice. Why is it that as physicians we often ignore using one of the greatest healing tools available?

As physicians and healers, we are presented with the opportunity to treat the whole person: mental, emotional, and physical (mind, body, and spirit). Observing, acknowledging, and documenting these vital components is essential in determining one’s overall health and well-being. It has only been within the last 50-75 years that conventional medicine has reluctantly accepted the relationship of the obvious interaction between the mind and the body. This was not an easy pill to swallow for those who held onto René Descartes’ reductionism theory. This reductionism school of thought considered mind as merely part of the body “machine,” as we discussed in a previous article. Descartes saw 2 separate parts to man – mind and body. Duality. His hypothesis was that the body could affect the mind but that the mind had no interaction or effect on the body. Mind and its thought processes simply did not affect the body; information flowed in just 1 direction.

The eventual acceptance of the mind-body connection was precipitated by the advent of new scientific findings that proved we are indeed more than the sum of our “machinistic” parts and that the mind did indeed communicate and affect the body. The eventual discoveries of messenger molecules, peptide receptors, and microbiome activity have further validated the fact the body and the mind are indeed connected. The idea of duality and separateness is no longer scientifically accepted even though the idea of separateness is still widely promoted. The added recognition and acceptance of quantum physics – which indicates that consciousness creates reality and that the body has an ongoing communication network with the mind – further legitimizes this connection.

Psychospiritual medicine encompasses the psychological relationship between spirituality and the mind. There are other key factors that influence the psychospiritual medical paradigm, including emotional, social, genetics, familial, and biological; tribal inputs and our personal relationships are also key influences. Psychospiritual medicine is the integration of psychological growth and spiritual attunement. It provides a new and different way of looking at and addressing psychological issues. This involves assisting the patient in learning effective ways of taking greater personal responsibility (a basic tenet in naturopathic medicine) and thereby creating a different response. It also involves viewing the complications of life as not just problems (to solve), but as gateways to a greater understanding of oneself. Crisis can become an opportunity for greater awareness, depending on one’s outlook and what old and dysfunctional habits and patterns one has not yet been able to change.

As practitioners, our goal in utilizing the psychospiritual modality is to respond and treat the different psychological manifestations that keep a patient from experiencing a more healthy and vital life. By bringing attention, focus, and awareness to the psychological issues that are present in a patient, we can better facilitate and move that patient to a place of greater self-realization. In assessing where patients are stuck or holding on to old patterns – patterns that perpetuate their dis-ease and dysfunction – we can better move forward to providing real solutions for essential change. This change occurs most successfully when we connect our patients to their deeper consciousness and awareness and instill an understanding and knowledge that they indeed have the ability to create the life they so desire. Our role as physician is to assist and facilitate this metamorphosis. Yes, we are meant to evolve and become more conscious beings.

Psychospiritual medicine has allowed for an expansion of etiology, or cause and effect. Its development has spawned new and creative ways of looking at the interaction of the soul/spirit, mind, heart, and emotions within the body. In this process, new disciplines have also emerged, and new techniques have been developed that allow the practitioner to deepen his or her understanding of the interplay between the spiritual self, the conscious and unconscious mind, emotions, and environmental conditioning. All of these play a vital part in the creation of the qualities that all humans share, as well as the ways in which those qualities are unique to each individual.

I want to strongly emphasize that there are distinct differences between soul and spirit – that they are, by no means, the same thing, although I may use the terms in similar ways. This confusion is simply another example of how words can get in the way. I hope to write an article in the near future that will explain how exactly soul and spirit are distinct entities.

This spiritual inclusion approach recognizes and accesses higher consciousness using mind techniques, mindfulness, meditation, biofeedback, visualization, awareness, imagery, a positive mental outlook, intuition, and other tools, all in the pursuit of greater understanding. Certain brave pioneers believed there must be more effective treatment plans that had not been tapped into yet. One such noble pioneer was Jon Kabat-Zinn, PhD, who in 1979 recruited chronically ill patients, who were not responding well to traditional treatments, to participate in his newly-formed 8-week stress reduction program – a program we now call Mindfulness-Based Stress Reduction (MBSR). These mindfulness-based interventions improved both the mental and physical health of the patients in that original study far beyond anyone’s expectations. This program has become legendary.

In the diagnosis and treatment of mental disorders, traditional psychotherapy often focuses on the negative aspects of mental health. Although in recent years there has been a move, in both psychology and psychiatry, to focus on the more positive aspects of mental health, many practitioners still find themselves limited to numbing their patients with psychotropic drugs to manage certain psychological issues. The greater awareness of the mind-body connection has shed more light on the significant role spirituality plays in health, longevity, and personal contentment.

Using spirituality in therapy requires the practitioner to pay close attention to the belief system of their patient and to find certain concepts of spirituality that offer a unique fit for that patient. This requires attentive listening for cues, as well as asking probing questions that facilitate this process to flourish. Some patients may be reluctant to enter this new territory of exploration, and it is the physician’s role and duty to meet the patient where he or she is at. In my practice I have found that many patients are at first reluctant to enter into such vulnerable discussions. Simply asking patients what, if any, their spiritual practices consist of, is a basic and functional starting point for beginning this delicate and most intimate discussion. I believe there is a basic inherent desire in all beings to possess and cultivate a deeper soul connection and spiritual development. Some folks just have more difficulty getting in touch with how to accomplish this innate desire. There is a lot of history and fear that keeps people from being willing to risk change. Just listen to certain patients that argue for their limitations, and, sure enough, they wind up owning those self-imposed limitations and remain unfulfilled and unhealthy.

Hippocrates also recognized the moral and spiritual aspects of healing, and believed that treatment could occur only with consideration of attitude, environmental influences, and natural remedies. Hippocrates’ meaning of consideration can be interpreted as taking personal responsibility (ownership) for our attitude, our environmental influences (as we see them and interpret them), and utilizing treatment with natural remedies.

Our world is crying out for a deeper and more compassionate presence, and this ultimately begins within. Reaching that place often requires guidance, direction, and a willingness to explore new places. There will be failures, missteps, moments of extreme exasperation, and general frustration along the way. The peaks will eventually bring light to the valleys of despair. People can, and do, change, but it involves a great deal of heartfelt and very personal examination. Unfortunately, this incredible modality of healing has not yet become a primary treatment strategy in medicine today. However, change is afoot, and let’s start with ourselves. The benefits are boundless!

The Naturopathic Psychospiritual Collaborative was founded by 6 like-minded naturopathic doctors in 2014: Ray Diaz, Hilary Farberow-Stuart, Jim Massey, Lori Stargrove, Carlo Calabrese, and Patricia Timberlake. We are a true collaborative and we appreciate and honor your input. 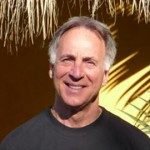 Jim Massey ND, DHANP, is a naturopathic physician licensed in OR and formerly in AZ. Dr Massey cofounded the Wellness Program at NCNM in 1983, and graduated from NCNM in 1985. He was one of the first licensed naturopathic doctors to practice in NC, and cofounded the NCANP. He served as an AANP board member from 1994-1996, chairing the Public Relations department and working with Bob Timberlake on state licensing. He and wife, Karen, founded Mountain Peak Nutritionals in 1996, which specializes in “condition specific formulas®” for healthcare professionals. Dr Massey has taught clinical nutrition, homeopathy, and mind-body medicine, and co-founded the Naturopathic Psychospiritual Collaborative in 2014. He and Karen have lived in Portland for 15 years, gardening, biking, and growing their company. 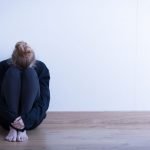 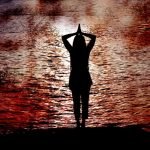 Mind-Body Medicine: The Essence of AyurvedaMind/Body