NDs face a delicate balancing act when it comes to sunlight. Ultimately, one can’t separate the harmful effects of UV-B from the beneficial effects of vitamin D formation in the skin (Lim et al., 2005; Schor 2007). A huge number of variables further complicates the determination of optimal sunlight exposure: time of day and season, skin thickness, latitude, age, race and other related issues that can have an impact on health.

Children are of particular concern, as they have a high need for vitamin D yet most trials suggest that intermittent sunburn starting in childhood is one of the biggest risks for cutaneous melanoma (Gandini et al., 2005). Rickets, which results from insufficient childhood vitamin D, still occurs in the U.S., though it is rare (Weng et al., 2007).

Studies are also demonstrating that vitamin D deficiency may be connected with other health issues, including hypertension, diabetes mellitus, multiple sclerosis and many cancers (Holick, 2004). While most studies address vitamin D levels in adults, and serum 25-hydroxyvitamin D3 levels below 30-50nmol/l have been commonly established for deficiency states, very little has been said about the vitamin D needs in children (Cashman, 2007; Grant and Holick, 2005).

Approximately 30 minutes a day of sun exposure in the summer is purported to provide children with all the vitamin D exposure they need (Cashman, 2007), though it is difficult to determine adequate exposure for a specific child or adolescent. In winter, however, the levels of vitamin D available through sun exposure drop considerably and there is greater reliance on dietary sources of vitamin D. In a study of 382 children and adolescents, low levels of serum 25-hydroxyvitamin D were commonly found in more than half of the study subjects (Weng et al., 2007).

When the skin is exposed to UV radiation (UV), oxidative stress occurs that damages the tissue. UV light is categorized into subtypes based on wavelength and amount of energy delivered. UV-A (320-400nm), also known as black or invisible light, has the least energy and penetrates skin the least, leading to some sunburn effects – but it is unlikely to be associated with cancer. This perhaps explains the failure of conventional sunscreens to prevent melanoma, as many formulations available before 2005 blocked only UV-A (Dennis et al., 2003).

UV-B (290-320nm) penetrates deeper into the skin, has more energy so it causes more damage (including to DNA), and is widely believed to be responsible for most of the short- and long-term damage sun can cause to the skin (American Academy of Pediatrics, 1999). Less than 0.5% of the sunlight at the Earth’s surface is UV-B, but its effects are increased in the summer, at midday, at higher elevations and closer to the equator. UV-C (<290nm) is extremely energetic and potentially quite dangerous, but very little of it penetrates the atmosphere.

The idea of using food and herbs for protection against sunburn is not a new one (Sies and Stahl, 2004; Swindells and Rhodes, 2004; Strickland, 2004). Since much of the damage from UV is due to oxidation, it is logical that increased antioxidant intake would be protective. In one trial, 25 healthy individuals consumed an antioxidant complex comprised of lycopene, beta-carotene, alpha-tocopherol and selenium for seven weeks and then were studied for skin changes before and after UV irradiation (Cesarini et al., 2003). Oral intake of the antioxidant complex was correlated with increased epidermal defense against damage from UV exposure.

Brief, intermittent sun exposure insufficient to cause burning is probably optimal to obtain vitamin D without increasing the risk of skin cancers. When prolonged sun exposure is necessary, then steps must be taken to prevent burning, skin damage and cancer. Commercial sunscreens often contain chemicals of uncertain long-term safety for humans or the environment, and there is growing awareness of the potential for using herbal products instead. However, few of these have been studied for preventing UV-B damage in humans, so caution is warranted. Even if burning doesn’t happen, DNA damage may occur.

Hypericum perforatum-infused oil is being used by a growing number of herbalists and NDs as a topical sunscreen. The hypericins in this plant absorb photons and become free radicals, though this does not appear in most people to be problematic. The very occasional occurrence of photodermatitis in people who ingest St. John’s wort is of unknown relevance to topical use. In my experience, the oil seems to prevent burning without causing dermatitis, though it is unknown if it blocks all UV-B damage.

Flavonoids are antioxidant secondary plant metabolites found in many herbs, including Camellia sinensis (green tea). Tea consumed orally or applied through topical suncreens may be an effective and safe way to reduce the damage from UV exposure (Katiyar et al., 2007). The only clinical trial located on green tea and sun found that topical use of 10% green tea extract or oral ingestion of 300mg green tea extracts twice per day for eight weeks had no measurable effect on signs of photoaging in the skin of 40 women (Chiu et al., 2005).

Another beloved source of antioxidant flavonoids is Theobroma cacao (chocolate). Two groups of women were given either high flavonol (326mg/d) or low flavonol (27mg/d) cocoa powder to be taken in 100ml water for 12 weeks (Heinrich et al., 2006). While there was reduced erythema from sun exposure in the high flavonol group compared to baseline, no such change was seen in the low flavonol group. Other beneficial changes in skin quality were also observed in the high flavonol group. The high flavonol cocoa powder apparently contained 10 times the amount of epicatechin, catechin and total flavonols when compared to the low flavanol product, amounts comparable to those in 100g of dark chocolate (Hammerstone et al., 2000).

Ginkgo biloba leaf contains potent antioxidant flavonoglycosides. In an in vitro study, a crude extract of varying concentrations of Ginkgo biloba was applied to fibroblasts from human skin for 12 hours and irradiated (Kim, 2001). The biflavone complex was shown to reduce the cytotoxicity levels in the fibroblasts following high-dose UV-B exposure.

Prunella vulgaris (heal-all, self-heal) is an antimicrobial and antioxidant plant frequently utilized in many forms of traditional herbal medicine. A crude extract, as well as the purified phenylpropanoid rosmarinic acid found in heal-all, protected human keratinocytes from UV-A in vitro (Fang et al., 2005). The effect was related to blocking free radical production.

Punica granatum (pomegranate) fruit has demonstrated potent antioxidant properties in studies and, in particular, when used to prevent UV-B-induced oxidative stress. Human keratinocytes were protected from UV-A-induced cellular changes associated with inducing cancer by a pomegranate fruit extract (Syed et al., 2006). Clearly, more research is needed on all of these herbs, but a pattern emerges suggesting that antioxidant herbs can significantly protect against UV damage.

When skin is damaged by prolonged exposure to UV-B, the keratinocytes are primarily targeted, and they, in turn, release pro-inflammatory cytokines that are believed to increase photodamage. Removal of sun-damaged keratinocytes through apoptosis is an important mechanism for removal of cells with damaged DNA. An in vitro study found that Lithospermum erythrorhizon (zi cao) root extract protected keratinocytes from UV-B (Ishida and Sakaguchi, 2007). Zi cao is used in traditional Chinese medicine to clear heat (akin to reducing inflammation in western science). It also contains rosmarinic acid and similar molecules.

The potential for antioxidant supplementation as a means of protecting the skin from sun damage shows great promise and may be an excellent way to encourage children to enjoy the sun without increasing the risk of cancer later in life. It is essential to confirm that these herbs do not interfere with vitamin D activation, though as of yet there is no reason to suspect that would be the case. 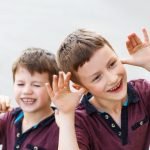 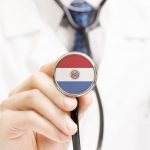 What I Learned About Metabolic Syndrome in ParaguayGastrointestinal, Mind/Body