I believe that Type II diabetes and other serious health conditions can be prevented if physicians know what to watch for long before the full-blown disease state manifests. A term we hear often these days is metabolic syndrome, which used to be known as “Syndrome X.” Affecting at least one in five Americans, metabolic syndrome is associated with impaired insulin function and resulting loss of blood sugar control, almost certainly a step on the road to Type II diabetes and cardiovascular disease if not addressed.

Risk factors for metabolic syndrome include obesity (especially abdominal or apple-shaped), high triglycerides, low HDL, high blood pressure, high fasting blood glucose, impaired glucose tolerance and inflammation. As this list shows, there are many warning signs that allow us to halt and reverse this long-term, destructive process. I’ve found that using a multi-layered, diagnostic approach is an effective way to keep on the lookout for early signs of metabolic syndrome. I utilize all four quadrants of my diagnostic system to be on the cutting edge, which include a thorough physical exam, medical history, in-office testing and outsourced lab testing. A physical exam can be basic, looking at things like body mass index, blood pressure and so on; and it can be more elaborate, depending on the tools and specialties each physician practices. Taking a medical history is similar, ranging from a basic intake form to a comprehensive questionnaire, such as the 322-question version I use. In-office testing will vary widely by physician, depending on training and diagnostic preferences. This article will go into more detail regarding the remaining quadrant of functional diagnosis: outsourced lab testing, or blood chemistry analysis.

Blood glucose This is an obvious test to run for patients at risk for metabolic syndrome, especially since it can be done with a simple blood stick in-office test if a blood screen/CBC hasn’t been run recently. Ideally, I like to see fasting ranges between 80-90mg/dL. While allopathic medicine requires a reading of 140 or higher for diabetes, anything above 90 tells me we could be looking at early insulin resistance, and the higher it gets (i.e., above 100), the more likely that becomes. Because blood glucose levels alone are not enough to go on, I would follow up high readings with a fasting insulin and hemoglobin A1C test, and consider a glucose insulin tolerance test (GITT).

Fasting Insulin While blood glucose readings indirectly point to insulin levels, fasting insulin is a more accurate way to see exact output. In the case of insulin resistance, levels will be elevated. Anything above 15µIU/ml is significant. In such cases, metabolic syndrome is likely.

Hemoglobin A1C In my opinion, this is an underutilized test that can tell a lot about the state of patients’ metabolic health. Elevated glucose levels result in a non-enzymatic reaction of glucose with the amino acids in proteins to produce what is called “protein glycation,” resulting in increased levels of what we know as Advanced Glycosylation End products (AGE). Accumulation of AGE can trigger oxidative stress reactions in the cell, resulting in damage to proteins and lipids. Evidence now suggests that diabetes, along with coronary disease, cancer and other pathologies, involve increased oxidative damage. So measuring AGE can be a great tool in assessing the state of oxidative stress, and the hemoglobin A1C test does this. The test can provide the average blood glucose level over the past three to four months. Standard laboratory reference ranges have come down in the past few years as more becomes known about this test, so while the “non-diabetic” numbers have dropped from 7% to 5.7%, I still think this is too high. From my review of recent research, I advise that Hemoglobin A1C levels be kept between about 3% and 4.1%.

Oral Glucose Tolerance Test (GTT) This test is more elaborate than a standard blood chemistry screen and CBC, and should be done as a follow-up test depending on results. It measures how the body handles glucose over time in response to a glucose load or high carbohydrate meal. (Note: Do not perform this test on diagnosed diabetics.) The two-hour blood glucose reading must be below 140mg/dL, or metabolic syndrome and/or diabetes is likely.

GITT This is a great test for detecting insulin regulation issues early on, even in the absence of symptoms. Blood sugar dysregulation can be diagnosed with the GITT by measuring an individual’s blood insulin response to carbohydrate ingestion years before blood sugar measurements are clearly abnormal. Such evaluation is indicated in anyone with a family or personal history of high blood pressure, obesity, diabetes, heart disease, vascular disease in the legs, cerebrovascular disease, high blood triglycerides or cholesterol. This test is the same as the GTT, with the addition of fasting insulin and an insulin level two hours prior to the glucose load or high carbohydrate meal. A two-hour postprandial insulin level above 50µIU/ml and a two-hour postprandial glucose above 140mg/dl are suggestive of insulin resistance and metabolic syndrome.

High-Density Lipoproteins (HDL) High levels are considered protective; low levels, especially if the total cholesterol is on the high side, are considered unfavorable. I like to see HDL at 55mg/dL or higher. Anything below this can be considered a risk factor for metabolic syndrome.

Low-Density Lipoproteins (LDL) High LDL readings, especially with small particle size, are considered a risk factor for metabolic syndrome. I like to see levels below 120mg/dL.

Triglycerides Elevated serum triglycerides can reflect a breakdown in the body’s regulatory capacity, and often are associated with blood sugar dysregulation. While standard medicine uses the benchmark of 150mg/dL and above as a sign of possible metabolic syndrome, I consider anything above 110mg/dL on the high side. Some research suggests that looking at the triglycerides:HDL ratios can be telling, with anything above 3.0 a sign of higher risk.

C-Reactive Protein (CRP) As we hear often these days, inflammation in the body is a sign that disease states probably are developing. One of my favorite tests for detecting the presence of inflammation is for CRP levels. CRP is produced in the liver primarily by excess levels of the pro-inflammatory cytokine interleukin-6, so measuring CRP levels in the blood can indicate the level of chronic inflammation in a patient. New studies have demonstrated that elevated CRP is a greater risk factor than high cholesterol in predicting heart attack and stroke. Early manifestations of these risks, such as obesity and insulin resistance, affect cells in a way that increase inflammation, so we can use CRP readings to prevent disease states before they become full-blown.

Other Tests to Consider

If you suspect that a patient has difficulty controlling blood glucose levels over time, you may want to consider running a fructosamine test. Similar to the glycated hemoglobin test, the fructosamine test tells you about glucose control over the last three to four weeks.

Metabolic dysglycemia and insulin resistance are closely related to adrenal hormone issues. Consider running salivary cortisol and DHEA levels on your suspected dysglycemic patients to get a sense of the health of the adrenal glands. Adding these tests, while more expensive than a simple blood chem screen and CBC, can provide valuable information for early signs of insulin resistance, dysglycemia and hormonal imbalances associated with a host of degenerative disease progressions.

Metabolic syndrome is a fairly new term, one that is getting a lot of attention because of its link to so many dreaded diseases. The good news is that more and more research is becoming available on every aspect of metabolic syndrome, from epidemiology and diagnostic tools to treatment and prevention. Keep your eye on the emerging information and, in the meantime, use what we know at this point. We already have many useful diagnostic tools at our disposal, so it’s a failure on our part if we are not monitoring every patient for early signs of dysfunction. The earlier we catch this, the faster and easier it will be for our patients to reverse the trend and prevent serious compromises to their health. 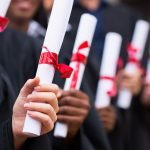 A Degree and the Company it KeepsEducation 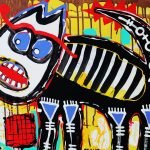