Part 2: Keeping Up With the Past ND Students and Nature-cure Education

Recovery, many naturopathic doctors insist, occurs because of Nature, in the end. Detractors of this perspective don’t dismiss it out of hand entirely, but attribute its features to naturopaths who, they feel, have more in common with Whorton’s taxonomy of “ the most prominent unconventional practitioners: homeopaths, hydropaths, eclectics, botanics, chrono-thermalists, clairvoyants, natural bone-setters, mesmerists, galvanic doctors, astrologic doctors, magnetic doctors, uriscopic doctors, blowpipe doctors” than with the rapidly evolving, contemporary naturopathic physician in a landscape of integrative medicine (Whorton, 2002, p.xii).

The cosseting images and nostalgia for what the legendary British naturopath, C. Leslie Thompson, called “a way of looking at life; a curiosity about life and a philosphy of living” are not enough, some claim, to keep the roots of naturopathic medicine safe from assimilation and dilution. There are those who feel our naturopathic medical curricula, obliged as our deans and professors are to prepare NDs for a broad medley of milieux ranging from primary care through to public domain health coaching, is under siege. Into this fray arrive our students who in recent years have introduced amazing events such as The Gathering or the Revitalization Retreat. They are telling us that they yearn for what James Wharton calls “therapeutic universalism,” grounded in the efforts of the early drugless therapists and, more recently, of holistic health movements. The action and energy of those students are accumulating. The Fall, 2013, Revitalization Retreat – held September 20-22, 2013, in Sandy, Oregon on the Eclectic Institute Farm – is a case in point, altogether a remarkable event.

The Revitalization Retreat is a regional event, the design and execution of which are intended to be duplicable. Its organizers have an operations manual for that very purpose. For $75, any naturopathic student or doctor is welcome. The organizers promoted it as “a weekend to connect with nature and with the essence of naturopathic medicine.”

A growing number of naturopathic students who want to unearth and reassert the roots of naturopathy into their educational experience, since we are not doing it well enough for them, may be on to something. They are aligned with Whorton’s notion that what we are witnessing is a “contemporary stage of medical evolution” (Whorton, 2002, p.xiii). Whatever the positioning of this recurrent phenomenon, naturopathic medical educators are taking note. Let’s have a look at what happened at Eclectic Farm, beginning with the structured learning activity… 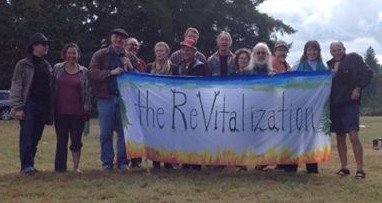 A Rich Medley of Formal Workshops

Dr Louise Edwards counseled participants on how to practice their medicine in accordance with the laws of Nature. She also conducted a workshop on cultivating awareness. Dr Mitch Stargrove took students on an historical survey of how the esoteric has influenced natural medicine practice through the ages (Xaman, Cunning Folk, Curanderos). He also encouraged students in another workshop to envision the Vis as the wellspring of each person. Dr Lori Stargrove helped her group explore the naturopathic physician’s role in collaborative care. Dr Russell Marz profiled the great superstars of naturopathic history, elaborating on how they contributed to contemporary practice. In another session, he led participants through the key principles in Oppenlander’s Comfortably Unaware, focusing on food in the treatment of patients. Dr Pamela Snider conducted a Talking and Listening Circle focused on the Vis Medicatrix Naturae, the “bedrock concept which is at the heart of naturopathic medicine” (Dr Snider, workshop description). Dr Sussanna Czeranko led 3 hands-on workshops zeroing in on nature-cure: Earth Cure and Modern Peloid Therapy, The Lost Art of the Kneipp Gush, and Bandages, Wraps, and Packs According to Water Cure. Dr Francis Brinker provided a class called The Continuum of Botanicals, which included tasting and experiencing herbs in different forms – glycerites, tinctures, infusions, raw, and macerated. Dr Charley Cropley led a vigrous discussion about the Universal Law of Causation. In another session, he described naturopathic doctors as “body whisperers” who tap into the “timeless, immutable laws of Nature.” Dr Steven Sandberg-Lewis familiarized students with the life and work of Ralph Failor, who inspired a new generation of naturopathic, advanced bodywork. Dr Durr Elmore spoke to students about the simplicity and elegance of homeopathy in healing. Dr Jared Zeff told the story of naturopathic medicine before pharmaceutical prescribing. Dr Zeff led an active discussion about “how we started, what we did, why we did it, and why we still should.” Dr Gaila Mather taught participants about Marma Point Therapy and Ayurvedic Pulse – important elements of Ayurvedic medical practice, aligned with the principles of naturopathic medicine.

Among these learning and sharing encounters were numerous opportunities for swimming, hot tubs, hiking/walking, superb food, music, camp fires, peloid mud baths, wet sheep wraps and more. These remarkable mentors, teachers, doctors, and colleagues brought a powerful, eclectic, and transforming medley of content and experience to this weekend of learning. One organizer, Node Smith (student, Years III/IV, NCNM), spoke of the affirmation and re-energizing which came from “being able to learn outside the classroom.” He emphasized how the impact of “experiential learning” on naturopathic students, infused with other key elements in these 3 days of sharing and reaching “back to the Vis,” made the weekend a high point in the students’ lives at naturopathic college. Other organizers (Emily Burke, Terry Manning, Neta Caspic, Lee Poe, Chantal Stecker, Stephanie Mannesson, Alexandra Gotea), like Node, come from every year of the naturopathic program. Dr Ed Alstadt, himself a naturopathic doctor and founder of Eclectic, provided the land, 4 tipis, 3 hot tubs, groomed land, and abundant in-kind support for the students. He and they conducted numerous work parties over the summer before the event, to get everything ready. Collectively, the planners and teachers spoke about the multi-generational energy of the retreat, about connection to the land, about reclaiming the roots and traditions of the medicine. They emphasized too that it was a professional retreat, restricted to naturopathic students and to naturopathic doctors. 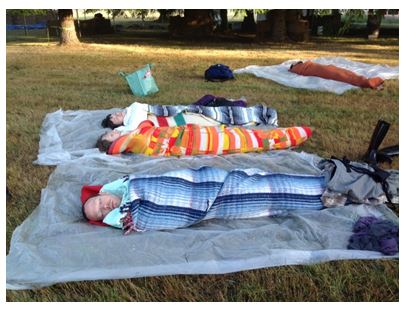 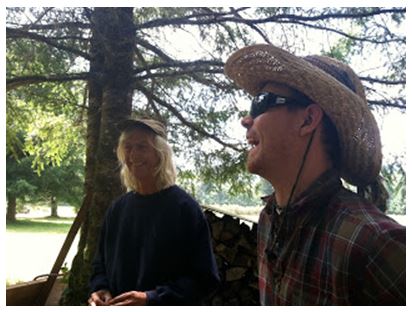 What motivates these learners, healers, and colleagues to reach deeply into the roots of the naturopathic profession and create such an event? A yearning, which won’t easily be eroded by the vicissitudes, politics, practicalities, and pervasiveness of medical integration, is a big chunk of the answer. Naturopathic medical educators should welcome such energy among us. The third Revitalization Retreat is already being planned in the Pacific Northwest, and a similar event is on the drawing boards for the Southeast. Stay tuned. 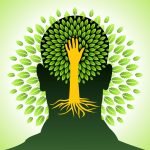