Onions have been used in traditional medicine for a myriad of various things, including cleansing the air in stagnant rooms, earaches, throat sprays, and as a culinary antimicrobial food. Still, onions are not typically considered a “superfood.” They do, however, contain a very high concentration of quercetin, a powerful antioxidant that exerts strong immune and anti-inflammatory action.2 It has also been researched to support the body in fighting off cancer.3

Not only are red onions rich in quercetin but they also contain high amounts of anthocyanin, which aids in the scavenging properties of quercetin molecules. Since anthocyanin is part of what colors fruits and vegetables, so it makes sense that red onions would have the most of these constituents, and the most cancer fighting power.

The actual study1 placed colorectal adenocarcinoma cells in contact with extracts of 5 different onion varieties. Pathways that encourage oncogenic apoptosis were stimulated by the onion – apparently by promoting an unfavorable environment for intracellular communication. The same research team has also seen the same effects in breast cancer cells.

The extraction method used for the study is also notable, in that it is a super-heated and pressurized method that uses no chemicals. This food grade method of extraction creates a safe extract for consumption and inclusion in nutriceutical supplements. This will be crucial for future clinical use, as well as human trials on onion extract and cancer. 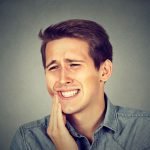 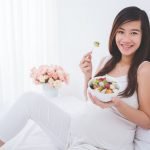 Most Women are Not Gaining Healthy Weight During PregnancyNaturopathic News