Biofeedback for Another Functional Gastro Disorder

A recent article discusses the use of biofeedback-guided control of the muscles in the abdomen and lower back to correct rumination.1 Rumination is a symptom of effortless regurgitation of meals following consumption. It occurs due to uncontrolled contraction of abdominal muscles. It is thought to be under appreciated, though “rumination syndrome,” or “merycism” is a recognized functional pathology. One of the reasons it may be underdiagnosed is that it doesn’t normally present with retching, heartburn, nausea, odor or pain. The disorder/symptom has historically been seen in infants, children and individuals with cognitive disabilities, though it increasingly being seen in otherwise healthy individuals.2

Pathophysiology of Rumination Tied to Somatic Response of Food Ingestion

The current article discusses the pathophysiology of rumination being tied to a “somatic response to food ingestion,” which could be regulated more effectively through biofeedback training of abdomino-thoracic muscular activity. An electromyography (EMG)-guided biofeedback technique was used. This was a randomized, placebo-controlled trial.

24 participants who fulfilled the Rome III3 criteria for rumination were included in the study – 18 women and 6 men; ages 19-79. The patients were divided into a treatment group in which patients were shown their EMG signal of abdomino-thoracic muscle activity after a challenge meal and asked to control muscular activity, and a placebo group. The placebo group was given oral simethicone, an anti-flatulent. Participants went through 3 sessions over a 10 days. The main outcome that was measured was the number of times each patient ruminated for 10 consecutive days before the treatment compared to after.

A 74% reduction in rumination was seen in the biofeedback group, compared to no change in the placebo group. The conclusion of the study is that biofeedback can effectively correct rumination by increasing control of abdominal muscular activity. This is valuable supporting evidence not only for treating rumination, but other functional gastrointestinal pathologies with pathophysiological mechanisms which are potentially able to be consciously manipulated; disorders which involve parasympathetic activity for instance.

Node Smith, associate editor for NDNR, is a fifth year naturopathic medical student at NUNM, where he has been instrumental in maintaining a firm connection to the philosophy and heritage of naturopathic medicine amongst the next generation of docs. He helped found the first multi-generational experiential retreat, which brings elders, alumni, and students together for a weekend camp out where naturopathic medicine and medical philosophy are experienced in nature. Three years ago he helped found the non-profit, Association for Naturopathic ReVitalization (ANR), for which he serves as the board chairman. ANR has a mission to inspire health practitioners to embody the naturopathic principles through experiential education. Node also has a firm belief that the next era of naturopathic medicine will see a resurgence of in-patient facilities which use fasting, earthing, hydrotherapy and homeopathy to bring people back from chronic diseases of modern living; he is involved in numerous conversations and projects to bring about this vision. 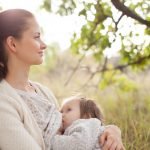 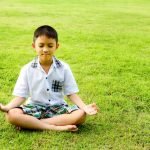 Use of Mind-Body Treatments in ChildrenNaturopathic News