A new study, published in the British Journal of Clinical Pharmacology, has found that a constituent in bitter orange, has the ability to increase the rate of fat oxidation, during exercise.

Bitter orange, Latin name Citrus aurantium, is a common natural ingredient found in weight loss supplements. The active constituent, p-synephrine, is suggested to have thermogenic effects. These effects are thought to assist with weight management and sport performance.

Similar to ephedrine, p-synephrine acts by stimulating B3 adrenergic receptors, although it maintains less effect on B1 and B2 receptors. This means that while it can be beneficial as a nervous system stimulant, it has less ability to raise arterial tension and heart rate, translating to a reduction in side effects.

Researchers were interested in studying the affects of an acute dose of p-synephrine on fat oxidation, during rest and during exercise. Eighteen participants were recruited and exposed to two trials. One trial tested fat oxidation following a three-milligram/ kilogram dose of p-synephrine. The second trial involved consuming a placebo. One hour after consumption of either the p-synephrine or placebo, data was collected to measure energy expenditure and arterial tension.

Results showed that the acute dosage of p-synephrine had no effect on energy expenditure or arterial tension. However, the supplement did increase the rate of fat oxidation, and reduced the oxidation of carbohydrates, at low and moderate levels of activity. Consuming this constituent allowed individuals to improve their ability to burn fat by seven grams per hour.

This study confirms that the active constituent found in bitter orange does help to increase the rate of fatty acid oxidation.

Dr. Allison Galan is a licensed ND practicing in Calgary. She has a passion for empowering her patients to be their own catalyst for change, while supporting them in their health and wellness goals. She believes whole-heartedly in the mind-body connection, which is an integral component of her practice.

Allison graduated from the Canadian College of Naturopathic Medicine, and also holds a Bachelor of Science in Kinesiology. This strong background in sport science, has allowed her to incorporate sports medicine into her integrated naturopathic practice. 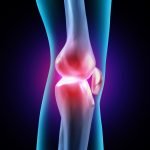 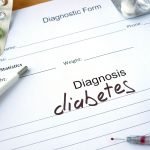