A very interesting study recently looked at the continuation of brain activity after the heart has stopped.1 Typically, the time of death is pronounced at the moment the heart ceases to beat. However, the brain continues to slowly shut down over the course of hours after this time. Individuals have been shown to have accurate awareness of their surroundings during this time, despite being pronounced dead. This is an aspect of “after-death experience.”

An aspect of “after-death experience”

The research is published as a paper titled, “AWARE—AWAreness during REsuscitation—A prospective study.”

The researchers looked at cardiac arrest patients in the U.S. and Europe. Patient’s recollection of events, conversations, and environment around them during cardiac resuscitation – after their hearts had stopped beating – was gathered. It was noted that patients had a very successful recall of events and conversations between healthcare staff, as well as an accurate awareness of their surroundings.

Dr. Sam Parnia explained that vivid details could be remembered by the patients who had experienced their heart ceasing to beat. This is typically when someone is pronounced dead, though emergency resuscitation procedures may occur for some minutes after this point. Dr. Parnia explains that the process of the brain shutting down, however may take hours, and an individual may be aware of their surroundings during this time.

Hopeful this research will help with management of cardiac arrest patients

The hope is that this research will help with the management of cardiac arrest patients. However, it also helps add physiological understanding to near death and death experiences; different aspects of the physiological body may operate independently of each other to a certain extent, and that perhaps consciousness is not purely conditional on what we’ve commonly understood to be a “living state.” 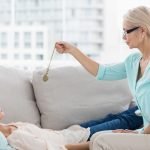 Hypnotherapy May be Treatment Option for IBS PatientsNaturopathic News 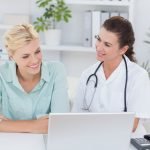