Breathing is Less Rhythmical in the Brain Than You May Think

Breathing propels everything we do — so its rhythm must be orchestrated by our brain cells, right?

Every breath we take…

Every breath we take arises from a disorderly group of neurons — each like a soloist belting out its song before uniting as a chorus to harmonize on a brand-new melody. Or, in this case, a fresh breath.

That’s the gist of a new University of California – Los Angeles Health Sciences study published in this week’s online edition of Neuron.

“We were surprised to learn that how our brain cells work together to generate breathing rhythm is different every time we take a breath,” explained senior author Jack Feldman, a professor of neurobiology at the David Geffen School of Medicine at UCLA and a member of the UCLA Brain Research Institute. “Each breath is a like a new song with the same beat.”

Feldman and his colleagues studied a small network of neurons called the preBötzinger Complex. Early in his career, he’d named the region after suggesting it was the chief driver of breathing rhythm in the brain.

In 2015, Feldman’s lab found that surprisingly low levels of activity in the preBötzinger Complex were driving breathing rhythm. The discovery left a riddle in its wake: how could such minor cues generate a foolproof breathing rhythm — whose failure means death?

To answer that puzzle

To answer that puzzle, the UCLA team studied slices of brain tissue from mice and meticulously isolated preBötzinger Complex neurons from the brainstem.

By recording the cells’ electrical activity in a dish, the team could eavesdrop on the neurons’ conversations with their network neighbors.

A neurotic choir of conductorfree activity

According to first author Sufyan Ashhad, the neurons’ activity resembled a choir whose members are practicing and singing over each other without benefit of a conductor.

“It’s like each neuron is clearing its throat and rehearsing its tune off-key, so their collective sound does not make sense,” said Ashhad, a postdoctoral researcher in Feldman’s lab. “As the neurons interact, though, they quickly synchronize to sing in tune, transforming their individual solos from cacophony into harmony.”

Each breath begins as hundreds of individual neurons haphazardly fire at low levels, then quickly synchronize. The synchronized effort prompts a burst of activity that signals muscles in the diaphragm and chest to contract, causing the chest to expand. Air rushes in and fills the lungs for inhalation.

As the signal subsides, the chest pushes air out of the lungs for exhalation. The cycle repeats, generating the rhythm of breathing.

“Given the reliability of breathing, we were stunned to discover that how these neurons move to synchronize and generate rhythm is different in every breathing cycle,” said Feldman.

Why is this important?

Consider all the times your breathing adjusts. It quickens when you are anxious or exercising, and slows as you fall sleep.

“Breathing rhythm changes constantly — from when you rise from seated to standing and walk out of your house,” said Feldman. “If your brain couldn’t automatically adapt, you’d pass out from lack of oxygen before reaching the street.”

Breathing underlies all aspects of brain function, he added. The UCLA findings could suggest new approaches to treating breathing disorders in autistic children and sleep apnea.

Understanding how breathing rhythm is generated may also help scientists combat the rising death rate from opioid use, which suppresses the brain’s ability to regulate breathing.

“Our take-home message is that it’s important to study neurons’ effect at the collective level, not just in individual cells,” said Ashhad. “We’re optimistic that this finding will open up new directions for research and resolve a question that’s persisted for centuries.”

The National Heart, Lung and Blood Institute and National Institute of Neurological Disorders and Stroke funded the research. 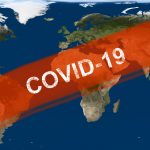 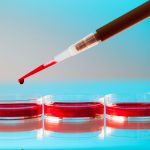