Caffeine is certainly America’s favorite drug. And we certainly use it to its maximum potential, pushing ourselves to stay up later, get up earlier, work and play more, and do everything FASTER, with our ever present cup of Starbucks in hand – or red bull, or black tea, or coke, or monster energy drink. Whatever your particular caffeinated poison is, chances are its perceived as a serious influence in your performance, cognition (especially in the morning), or stamina. However, a recent study raises an interesting question – “is the caffeine really aiding in our performance?”

A study with athletes recently showed that those who habitually consumed caffeine actually sustained a performance loss after consuming caffeine before an athletic performance.1

Caffeine is one of the most popular athletic performance enhancing supplements. It is thought to improve muscle strength, mental clarity and alertness, as well as lowering the perceived effort during training. But perhaps only when it is used sparingly.

Chew on the Stats from the Caffeine Study

The study was conducted at Dublin City University on male athletes. 18 team sports athletes were studied. Two groups were looked at, those who do not drink caffeine-rich drinks such as tea, coffee or energy drinks, and those who consume these beverages on a daily basis. The athletes were given sticks of caffeinated chewing gum (each the equivalent of a strong cup of coffee) and then asked to repeat 10 sprints. Participants were tested under conditions with and without the chewing gum.

The recommendation from the authors of the study was that if caffeine is intended to be used as a performance aid, that it be discontinued in the days leading up to an athletic event, so that its effects may be better utilized when it is needed. 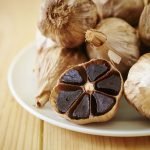 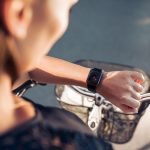