Calorie Restriction May Have Positive Outcomes In Normal Weight Adults

Recently published research in JAMA Network Journal has demonstrated that calorie restriction over a two-year period in adults, can lead to a better quality of life.

A recent clinical trial consisted of 220 women and men. They were all considered to be healthy with body mass indexes of 22-28. These participants were divided into two groups to study the effects of caloric restriction. The variable group underwent a 25 percent caloric restriction over a two-year period. Factors such as mood, quality of life, sleep and sexual function, irritability, and depression were assessed using questionnaires. These questionnaires were conducted at baseline, and at the one-year, and two-year follow-ups in the trial.

Results demonstrated that the caloric restricted group lost an average of 16.7 pounds, when compared to the control group who lost on average less than a pound, over two years. Furthermore, the participants in the caloric restricted group reported improved mood, reduced stress and anxiety, and overall better health and libido at the two-year mark. At the one-year follow-up that same group saw significant improvements in quality of sleep.

The findings of this study highlight that moderate caloric restriction in healthy adults can lead to better quality of life, including better sleep and mood. 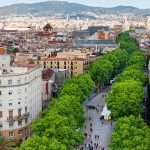 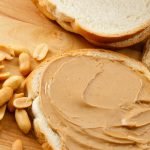 Why Children Are More Likely to Develop Food AllergiesNaturopathic News