New Device Separates Strong, Healthy Sperm from the Weaker Ones

A new device about the size of a credit card is able to separate strong, healthy sperm from the weaker ones, in about 10 minutes.1 It is becoming increasingly acknowledged that healthy sperm are just as important as healthy eggs for healthy fertility. Historically, most infertility treatments and considerations have tended toward the ovaries, egg production, and release. However, research is now showing that the genetic material contained with the sperm may play a large role in viable and healthy pregnancy.

The “sperm-sorting” device has been referred to as SPARTAN – Simple Periodic Array for Trapping and Isolation. It actually filters semen using multiple rows of tiny pillars that are fitted specifically for healthy sperm. This isn’t the only device meant to separate healthy sperm, however, it may be more efficient and effective than other devices.

SPARTAN uses a passive method to separate the semen. Cells swim through a maze of pillars within a fluid that naturally attracts sperm. The maze of pillars is specifically designed to only allow the morphologically normal sperm to make it through, leaving deformed sperm behind. The device only takes about 10 minutes to process a sample. And it’s very simple; pipette the raw semen in one end and collect the healthy sperm on the other.

Developers Theorize the Passive Function of SPARTAN is Key

The developers of the device theorize that the passive function of SPARTAN is very important. Many sperm-collection methods use centrifuges, which actually damage cells and could be inadvertently activating reactive oxygen species in the sperm that could be harmful to the DNA. With these other methods, there has been shown to be a 13 percent DNA fragmentation rate (a type of DNA damage), however, with SPARTAN that damage is down to 5 percent. 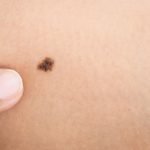 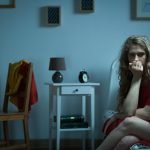 This Disease Could be Confused with Schizophrenia or Bipolar DisorderNaturopathic News