Contemplating a Stressful Day Ahead May Impair Cognition Throughout the Day

Getting up in the morning and immediately contemplating how stressful the day will be may be harmful to your mindset and cognition throughout the day, says Penn State researchers.1 This could be the truth behind “getting up on the wrong side of the bed. “

Specifically, when participants of the study woke up experiencing feelings and having thoughts about the current day’s stressful events, working memory was slower later that same day. Working memory is the aspect of memory that helps individuals learn and store information. The effect of this anticipation of a stressful day occurred even when actual stressful events did not occur.

The researchers point out that this study suggests that the effects of stress begin before an actual stress is experienced.

The study looked at 240 racially and economically diverse adults. The participants were followed for two weeks and responded 7 times daily to questions which were sent through a smartphone app. Questions were asked once in the morning, about their expectations on a stressful day, 5 times during the day and once at night about the expectation of the following day.

The use of the smartphone app allowed for more real-time data points to be gathered throughout the day than if participants were asked to go into a lab every day.

The results showed that anticipating more stress in the morning was associated with lower levels of working memory later during the day. However, anticipation of a future stressful day, ie the next day, did not associate with changes in working memory.

The researchers are currently working on wearable sensors that may be able to use this information to inform individuals of when their working memory is lacking, or prompt them to practice some sort of mindfulness exercise to re-frame their expectation of stress. 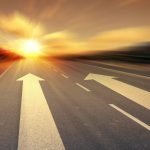 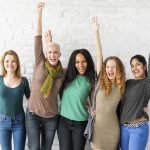 No Such Thing as a “Normal Vagina,” Study ConcludesNaturopathic News