Could Treating Alcoholism be a Little Easier?

An NPR segment last week showcased the use of naltrexone for the treatment of alcoholism. Roughly 28% of American adults report drinking more than recommended, or are considered heavy drinkers, according to a recent NIH survey.1 This is a concern and a condition that has far-reaching repercussions into the community and healthcare system. Alcoholism is a condition which many are embarrassed to seek treatment for because of the social stigma that often accompanies the admittance of problem drinking. Many people, including physicians, are not aware that there are prescriptions available that can significantly increase the likelihood of abstinence or diminished drinking habits.

The Sinclair method, 2 utilizes naltrexone, a known opioid antagonist, to diminish the neuro-emotional reinforcement of alcohol by interfering with endogenous opioid receptors in the brain. This is the same mechanism by which naltrexone is used to combat opiate addiction. Since alcohol also stimulates endorphin receptors, taking naltrexone before drinking lessens the effects of alcohol, and also the reinforced conditioning which supports continued drinking behavior. This is a “self-administered” protocol, where patients need to commit to taking the medication an hour or 2 before initiating alcohol use. It is not necessary for them to abstain, but rather drink as usual, with the added medication before drinking. It has been shown that 78% of individuals who adhere to the protocol have significantly diminished alcohol use or abstinence. 2,3 The Sinclair method uses a dose of 50mg naltrexone, however other individuals have seen success with smaller doses.

So Far, So Good

Sandra Olic, a naturopathic physician in Scottsdale, Arizona utilizes this method with good results. She uses 25 mg instead of 50, having her patients simply cut the tablets in half.  She affirms, “the key is to have them take it about an hour or 2 before they would have a drink.” She also maintains that treating alcoholic patients “naturopathically,” “their gut health, nutrient status and hormones obviously provide a more successful outcome than naltrexone alone.” Incorporating support groups, or counseling also is advocated as improving the effectiveness of this treatment, however these methods alone have historically been shown to have poor results. 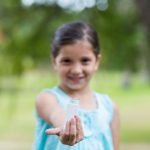 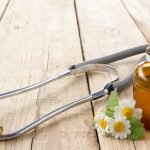 No More Pain Meds for Low Back PainNaturopathic News