According to a study out of Northwestern University and published in PLOS Medicine, fifty-five percent of high-risk patients were missed by diabetes screening guidelines. The 2015 screening guidelines from the United States Preventive Service Task Force (USPSTF) recommend patients be screened for diabetes if they are between 40 and 70 years old and are overweight or obese. However, the study found many patients outside those age and weight ranges develop diabetes, especially racial and ethnic minorities. This is a significant problem because these individuals would miss out on preventative measures.

“Preventing and treating diabetes early is very important, especially in this setting of community health centers, where many of their socioeconomically disadvantaged patients face barriers to following up regularly,” said one researcher. “If you miss someone now, it might be years before they come back, at which point they have overt diabetes and maybe even complications, like heart attacks or strokes.”

The researchers looked at 50,515 adult primary care patients. The study found that fifty-four percent of white patients who developed dysglycemia fell within the screening guidelines, compared to only 50 percent of African-American patients and 37 percent of Latino patients. Additionally, while age and weight are the most predictive factors in developing dysglycemia, the researchers note that this study is important to remember.

“We were interested to do this study because of population trends that racial and ethnic minorities are developing diabetes at younger ages and lower weights than whites,” said one researcher. 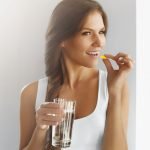 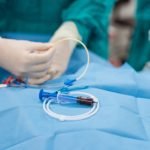 Features of Collagen Could Shed Light on Disease ProcessesNaturopathic News