According to a study out of the University of Michigan Health System, doctors are reportedly changing practice trends as the debate continues on the optimal time to administer antiplatelet therapy.

Using the antiplatelet agents P2Y12 is becoming less routine. For instance, across 47 Michigan hospitals over a 30-month period, the initial administration of P2Y12 inhibitors in the pre-procedural time period declined from 49.3 percent to 24.8 percent. Seemingly, the trend has been to administer the initial dose of the inhibitor during or after the procedures. Their patients have remained protected against stent thrombosis, bleeding, the need for transfusion and death.

The study included 74,053 patients over a two and a half year period. The researchers thought it was important to note that, “These findings remained consistent in the subgroup of patients undergoing PCI who presented with acute coronary syndrome, from unstable angina to the most damaging heart attacks called STEMI.”

Of the 24,733 patients who received a pre-procedural P2Y12 inhibitor, data shows 82 percent received clopidogrel, eight percent prasugrel and 10 percent ticagrelor. When these inhibitors should be administered continues to be a topic that is debated.

One doctor notes, “While more work is needed to determine the optimal timing in patients undergoing PCI, the current approach of increasingly reserving the use of these drugs after the patient enters the cath lab appears to be as effective and safe as pre-procedural administration.” 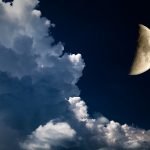 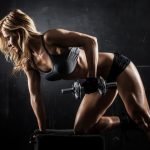