Cocoa’s Components Could be Key Ingredient for Releasing More Insulin

Well, not Hersey’s milk chocolate. But a group studying cocoa has found components within the main ingredient of chocolate that helps release more insulin and respond to increases in blood glucose more efficiently.1 This is not the first time that cocoa has been championed as a health food. Dark chocolate has long been known to help lower blood pressure, through its vasodilative abilities, as well as decrease platelet adhesion.2 Of course, it’s not the cheap stuff, but the $4 a bar dark chocolate, with the 85% cocoa, that is on the brink of being too bitter for most people, that we’re talking about.

Epicatechin monomers, which are found in cocoa, have been shown to increase the strength of beta cells in the pancreas – the beta cells are what produces insulin, in response to increases in blood glucose. Epicatechin monomers seem to be protecting the beta cells, specifically the mitochondria by increasing their resilience to oxidative stress. The increase, or protection of mitochondrial function equates to more ATP being produced, and thereby sustained (appropriate) insulin release.

The scientists first noted that cocoa was a favorable agent in diabetes by feeding it to animals on a high-fat diet. The cocoa seemed to give the animals more resilience to the high fat diet. They then looked deeper into the mechanism and found the epicatechins to be the likely mechanism. Of course chocolate is not being advocated as a treatment for diabetes. The amount of cocoa that would need to be eaten is likely to outweigh the benefits, especially if it has sugar, dairy and other undesirable preservatives added. However, dark chocolate may be a reasonable healthy dessert choice which will also have benefit. As part of other lifestyle and dietary changes, perhaps it could play its part in supporting pancreatic function. 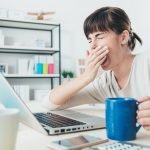 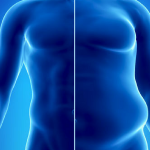