Constantly tracking a person’s glucose level can be incredibly cumbersome, and impractical. There are mechanisms for measuring blood glucose in real time, but mostly involve a small needle that penetrates the skin, and a device that is worn – these are often connected to an insulin pump, for type 1 diabetics.

Blood, Sweat, and Tears Tracking Just Around the Corner

But the tracking of glucose levels through sweat or tears could be right around the corner. Researchers reported this week in the journal ACS Nano that they’ve developed an ultra-thin, flexible biosensor that could be worn as a contact lens or on the back of a wrist watch.1

These types of biosensors are becoming a more and more realistic part of healthcare, as the technological advances make them more and more reliable, and usable. Essentially, the idea is the same as a “fitbit” or other athletic monitor that tracks heart rate or steps taken. The challenge has been developing a membranous interface that is able to measure health markers on a molecular level.

No Pricking, No Poking, No Joking

The need to prick the finger and draw blood is often deterring for people, and vigilant monitoring can wane. But wearable sensors able to detect glucose in tears or sweat have been hampered either because they cannot detect the low levels of glucose in these secretions, or because they stop working when bent.

Nanodetails of the Newest Biosensor Technology

However, the newest biosensor technology uses a combination of nanoribbons – made from indium oxide – glucose oxidase, a natural chitosan film and single-walled carbon nanotubes. Glucose interacts with the enzyme, which sets off a short chain of reactions that create an electrical signal. Testing has shown that the sensor is able to detect glucose in tears and sweat in concentrations from 10 nanomolar to 1 millimolar – which is sensitive enough to be clinically useful. Also, bending the film doesn’t seem to alter its performance. 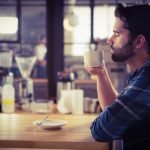 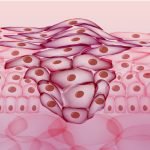 How Does Cancer Metastasis Happen?Naturopathic News