Hot Chili May Unlock a New Treatment for Obesity

ADELAIDE, South Australia – Australian researchers have discovered that the stomach’s TRPV1 receptors signal fullness when exposed to capsaicin, the compound in chili peppers.

The function in the stomach that tells the body it has had enough food actually is regulated through the hot chili pepper, or TRPV1 receptors there, according to the paper’s authors.

The findings were published in the Aug. 18 edition of the journal PLOS ONE.

Previous studies have shown capsaicin consumption can reduce food intake in humans. However, TRPV1 receptors can also be dampened by a a high-fat diet, which leads to high fat induced obesity.

The new study has discovered deletion of TRPV1 receptors dampens the response of gastric nerves to stretch, resulting in a delayed feeling of fullness.
The end result of this is the consumption of more food.

Researchers have now concluded part of the effect of capsaicin on food intake may be mediated via the stomach.
They are now doing research in an effort to find ways of reversing high-fat diet’s negative impact on the TRPV1 receptors. 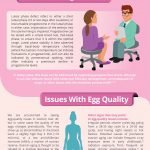 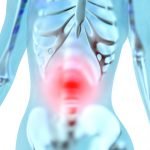