Increased Coronary Calcium In Those With Sedentary Lifestyle

Sedentary behavior has many health consequences, one of which can be a higher risk of heart attacks. New research has shown that calcium buildup may be part of the mechanism that leads to this increased risk.

Over time, cholesterol build up occurs in arterial walls creating plaques. Subsequently, plaques then attract calcium buildup, which then can be measured using CT scanning. These markers can be used to assess heart attack risk.

Researchers out of UT Southwestern Medical Center have discovered a possible mechanism for the increased risk of heart disease caused by an inactive lifestyle. Previously, inactivity, such as sitting time, has not been specifically examined as a possible factor that can be related to increased cardiovascular risk.

Early detection is always the goal when it comes to treatments to avoid chronic disease. Over 2,000 participants in the Dallas Heart Study were directed to wear a device to measure activity levels, and time spent sitting, for one week. Results showed there was an association between increased sedentary time and coronary arterial calcium buildup, independent of all other factors such as exercise, diabetes, and hypertension. Researchers suggest that sitting time alone can lead to an increased risk of atherosclerotic calcium deposition, that leads to the increased risk of cardiovascular risk. Although an active lifestyle is important to reduce heart attack risk, it does not make up for time spend sitting. 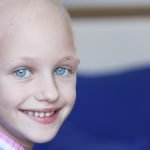 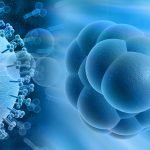