Increasing Dose of Glucocorticoids May Not Benefit Children with Asthma

A study from the New England Journal of Medicine, questions whether increasing inhaled steroids at the first sign of asthma exacerbation is a good idea.1 The doubling, tripling or quadrupling of inhaled glucocorticoids is common practice, though this research study found that these short-term increases did not prevent attacks. The study was conducted with data from children 5-11 years in age, and actually showed that the use of these medicines may even slow the growth of the children.

254 Children were studied for 1 year

The study followed 254 children for 1 year. All children had asthma and had been instructed to increase their steroid dose by 4 times (4x) during the first sign of an asthma attack. This is referred to as the “yellow-zone,” when wheezing, coughing and shortness of breath first become noticed. According to the researchers, this is common practice in asthma management.

Details of the study

All of the children used a low dose inhaler – 2 puffs twice daily. This was the standard dose. The children were given (parents) an additional inhaler to use for 7 days upon exacerbation of symptoms – half the group was given the same dose, and half the group was given a dose 5 times the maintenance dose. The study looked at 395 “yellow-zone” episodes, and found no significant difference in the number of asthma attacks that ultimately necessitated systemic steroids. The group that had an increase exposure to steroids did not suffer fewer attacks.

Furthermore, the study found that the children in the high-dose group had a decrease in growth rate of a quarter of a centimeter less per year than the other children. The children with over 2 “yellow-zone” events per year, and between the ages of 5-7, were most affected.

The conclusion of the study was that other methods should be employed at the onset of asthmatic symptoms, and not necessarily to increase medication dose. 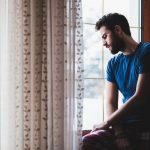 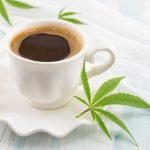 Connection Between Coffee and Cannabis?Naturopathic News