New research shows that light therapy may be more effective than Prozac for patients with depression.

Bright light therapy has been traditionally used for people who suffer from circadian rhythm disorders, along with other sleep disorders. It has also been used extensively for seasonal affective disorder (SAD), as this type of mood disorder is largely affected by light exposure. However, a new study from the University of British Columbia shows that light therapy may be also effective for major depressive syndromes that are non-seasonal in nature.

One hundred and twenty two patients were randomly assigned to one of four groups. One experimental group received the bright light therapy. A second group provided a placebo light device that did not emit full-spectrum lighting. The third group received a combination of medication, fluoxetine (20 milligrams per day), and the fourth group included a placebo device and a placebo medication. Light therapy consisted of 30 minutes a day of exposure to the full-spectrum light device, plus a fluorescent light box upon waking. Following eight weeks of treatment, changes in the light therapy group were more prominent towards improved mood when compared to the treatment groups. What was the most remarkable finding was that 43.8 percent of patients in the light therapy group went into remission, versus only 19.4 percent in those receiving fluoxetine. This study confirms that there may be more effective alternative to pharmaceutical interventions for some patients with depression. 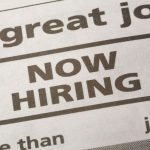 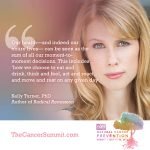